Richard Dawkins Punished for Inviting Us to Think 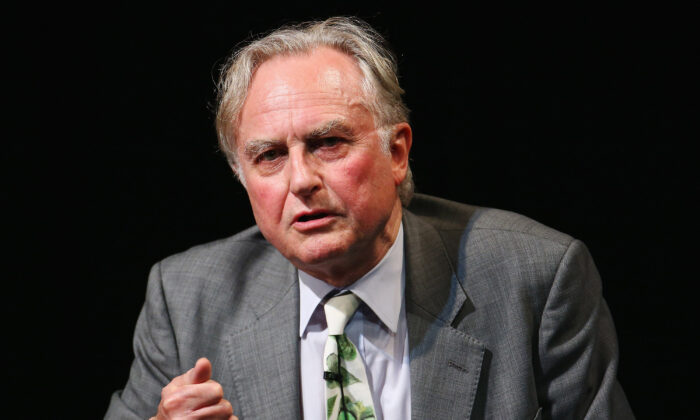 Walter Duranty was possibly the worst foreign correspondent in the history of the Western press. Reporting on Russia for the New York Times during the 1920s and 30s, he not only lied through his teeth about the death of millions during the Ukrainian famine, but conspired, with some success, to prevent anyone else from telling the truth about it.

He won the Pulitzer Prize in 1934 for his reporting, but ever since 1990, when a biography of him was published that emphasized the extent of his mendacity, there have been efforts to have the prize symbolically rescinded (Duranty died in 1957).

A man may be honestly mistaken, but Duranty had knowingly and persistently lied about matters of world importance. At the very least he deserved the sack rather than a prestigious award, but was never called to account during his lifetime; and the Pulitzer committee has twice decided that the award should not be withdrawn.

I can see the argument for rescinding the prize because Duranty’s conduct was truly despicable, and the prize had been for what, morally, was a great crime.

But there is also an argument for not rescinding it, for the posthumous withdrawal of an award can look like an attempt to rewrite the history of the awarding authority by an act of auto-absolution. An admission that the Pulitzer committee had made a terrible error of judgment might have been sufficient.

We seem to have advanced greatly since Duranty’s time. Richard Dawkins, the great popularizer of evolutionary biology, has not had to wait until many years after his death to have an award withdrawn, that of the American Humanist Association given to him in 1996 for his services to public scientific understanding.

He dared (or at least was imprudent enough) to broadcast incorrect thoughts on the matter of transsexualism which were deemed incompatible with humanistic values, and so the association withdrew the award.

What did Professor Dawkins say that entirely vitiated his past contributions to popular scientific understanding that were deemed worthy of reward?

What the Association probably did not know was that, when Dawkins was an English schoolboy, examination questions often took the following form: “Lady Macbeth was worse than her husband. Discuss.”

No “correct” answer was required or even implied; what was required was that the pupil answering the question demonstrated intimate knowledge of the subject and was able to construct a good argument, for or against a conclusion, or even no firm conclusion, using evidence and logic.

The question was an invitation to thought, not a demand to parrot a predetermined orthodoxy, and teachers were prepared to give good marks to conclusions with which they themselves disagreed, provided only that they were properly argued for.

Professor Dawkins’ Tweet was clearly an invitation to people to consider the limits of self-identification as a determinant of what people actually are. You cannot be something just because you say that you are, nor have you any right to demand that others should uncritically accept your self-designation.

The Tweet was certainly not an incitement to intolerance or bad, vicious or illegal behavior. It was, rather, an implicit reminder of the importance of the search for truth rather than resort to political power and intimidation in deciding vexed questions. It was liberal in the best sense.

Let me add that I hold no particular brief for Professor Dawkins. I greatly admire his erudition about the living world and his evident love for it, but I find him crude as a philosopher.

Though I am no religious believer myself, I was appalled by his statement in his book, “The God Delusion,” that parents who brought their children up in a religion were all but guilty of child abuse. To have condemned hundreds of millions of parents at the stroke of a pen was ungenerous, to put it very mildly.

But my opinion of Professor Dawkins is irrelevant to his right to say whatever he wants. And if no one’s virtues are to be recognized unless he has no vices, we are condemned to a poor opinion of everyone except the very few saints among us.

The American Humanist Association, in withdrawing its award to Professor Dawkins for his work, did not in the least revise their estimate of its worth, but rather condemned him for obliquely expressing an opinion contrary to a moral orthodoxy at least as doubtful as any religious orthodoxy. Its closedmindedness is worthy of any totalitarian regime.

The withdrawal of the award, in fact, is reminiscent of Stalinist regimes when people who fell foul of the present leader were not merely criticised but expunged from the record, with books withdrawn from shelves and photographs altered to exclude them, in the mirror-image of the fabricated photographs of spiritualists.

Of course, the American Humanist Association is not in the same league as the NKVD. One does not tremble at its very name. But the idea of withdrawing awards because the recipient has subsequently expressed a “wrong” idea is, in its own small way, reminiscent of Stalinist manipulation of the past: and the totalitarian assault on the past and its records is the wave of the future.

In several Western countries, people are now allowed to change their sex and even their names on their birth certificates; one Dutchman even tried to get his date of birth changed (for the moment unsuccessfully) because he wanted to be younger so that he might be more attractive to women.

In other words, in our brave new world you can be all you want to be and have an official certificate to prove it.