Right On In Europe 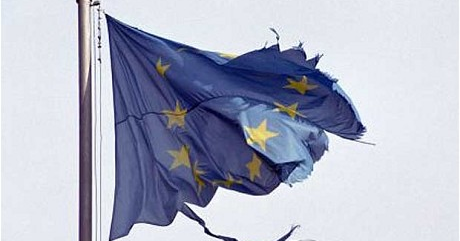 A spectre has been haunting European politics, the rise of the far right. The fear is that the European Union is facing an existential risk of survival, confronted by the populist protest in many countries claiming to represent the will of the people against the “establishment” and perceived elitism. The consequence of the protest is the development of far-right political parties, concerned among other issues with the problem of national identity.

These far right parties have hitherto challenged, with mixed results, the mainstream parties and governments striving for solutions to the numerous national and international contemporary issues. All recent public opinion polls of Europeans reflect the considerable opposition to immigration, with many citizens believing migrants have had a negative impact, even a threat to national identity, on their country.

European far right parties have differed on specific issues. But they all focus on opposition to extreme immigration in their populist politics constituting a mixture of dissatisfaction with liberal elites and institutions, defense of European culture and identity, emphasis on the need for law and order, xenophobic to some extent, and the feeling that, in the midst of economic progress, part of the population has been left behind. The far right parties reflect a number of factors: frustration with existing political elites, cultural anxiety because of the entrance of asylum seekers, dislike of the “faceless bureaucrats” of Brussels, the fact that certain regions and parts of their population suffer from globalization, and the erosion of loyalties to traditional parties and institutions, such as trade unions.

Proponents claim the riots against Brussels are “sowing the seeds,” but what is likely to grow?  The two dominant French personalities illustrate the differences. Marine Le Pen argues the battle is on to preserve European civilization from immigration and globalization. Europe, she holds, is moving towards a return of nation states, and we are part of this great political movement. President Macron responded that Le Pen represents the “leprosy” of nationalism that is eating the EU from within.

Some far right advocates, such as the French Generation Identitaire, a mostly youth group, that some consider neo-fascist, invoke memories of the victory in 732 of Charles Martel, Frankish king, who defeated the Moors near Poitiers, and who, in a curious mixture of the nouvelle droite and Catholic social teaching influenced by Alan de Benoist and Renaud Camus, now claim to be defenders of Europe against immigration and multiculturalism.

For many years, since no one group has achieved a majority, a working coalition of the center right and center left has dominated the direction of European politics, starting with the impact of the EPP, European People’s Party, originally based on Christian Democracy, led by  German Chancellor Helmut Kohl, 1982-1998. Under Angela Merkel, the present Chancellor since 2005, the EPP has remained the largest and most influential body in European politics, gaining 221 of the 751 seats in the European Parliament elected in 2014. The coalition controlled the key executive positions, president of the European Commission and of the European Council.

The control has focused in recent years on three main issues: the still unresolved issue of Brexit; the discussion, mainly between Chancellor Merkel and French President Macron over the nature of the EU, and the direction of European policy on key issues, and the rise and challenge of the far right parties and alliance. In that challenge, Matteo Salvini, leader of Lega, formerly Lega Nord and presently deputy prime minister and minister of the Interior in Italy and Viktor Orban, prime minister of Hungary and leader of the party Fidesz, Euroskeptic, and proponent of an “illiberal” state have occupied the limelight. Both leaders call for freedom for the European continent “from the illegal occupation orchestrated in Brussels.” In this they were accompanied by Geert Wilders, Netherlands leader of the Party for Freedom, PVV, anti-migrant, anti-EU, hostile to Islam which he calls a “totalitarian ideology,” and advocate a ban on headscarves in public.

The test of the strength of the far right in European politics took place in the election of the European Parliament, the legislative body of the EU, which concluded on May 26, 2019. 400 million people in the 28 countries of the EU were eligible to vote. The 751 seats in the Parliament are allotted to the individual states on the basis of population: from Germany which has 96, France 74, Italy 73, to Cyprus and Estonia which each has 6 seats. Voter cast ballots for national parties in separate elections which are based on proportional representation. Parties then affiliate with other parties at the EU level based on common ideologies or goals. In the 2019 election there were 550 lists of parties across the EU, with Germany having the largest number of 41.

A distinctive effort was made during the campaign in 2019 to create a broad, united far right alliance among European parties. The main protagonist was the charismatic Matteo Salvini, deputy pm and minister of the interior in Italy, assisted by Marine Le Pen, and influenced to some extent by the seemingly ubiquitous Steve Bannon who regarded himself as the informal advisor of Le Pen.  As a result, Salvini put together ten groups, including his own Lega, once Lega Nord, the Rassemblement, National Rally, formerly FN, of Le Pen, Geert Wilders Party of Freedom, and Ekre, Conservative People’s party of Estonia which is Euroskeptic, critical of LGBT rights, racist, and describes itself as a “patriotic party with an unshakable mission to protect Estonian national values and interests.”

Salvini proclaims the objective is to “save Europe,” and defend European Judeo-Christian identity. He has differentiated his own group from any Fascist symbols, rhetoric, salutes in the streets, or honoring of Mussolini, activities which have not entirely disappeared from Italian life, as can be witnessed in Rome’s Foro Italico  sports complex which has mosaics paying homage to Il Duce and a marble obelisk bearing his name.

It is not clear, but highly unlikely, the new Brexit party of Nigel Farage was linked to Salvini. Brexit, formed in February-March 2019 is intended to call for a clean break with the EU, and to begin a political revolution in the UK to create a “democratic revolution.” Farage, a flamboyant character, is former leader of the UKIP, UK Independent Party, and is said to be close to Steve Bannon.

In 2017 Bannon formed The Movement in Brussels to assist the rise of right wing populist nationalism. In strong language he declared, “the beating heart of the globalist project is in Brussels (EU). If I drive the stake through the vampire, the whole thing will start to dissipate.”

The result of the EP elections in May 2019 showed that the heart of  EU mainstream parties is still beating but at a slower rate. Those centrist parties, though the two largest blocs,  lost support: the center right EPP got 24% of the vote and 180 seats, down from 217, and the left wing S and D got 19.4% and 146 seats, down from 186.

The election, with a turnout of 50.5% of the electorate, was a mixed picture for the parties of the far right, but they can be said to have scored a success, if not total victory. The far right  and populists were successful in Italy, where Salvini’s party got 33.64% of the vote, Hungary where Orban’s Fidesz got 52.14% of the vote, the UK where Farage’s Brexit party got 31.6% and the Conservatives were reduced to fifth place, Poland where Law and Justice got 46%, Greece where the right got 33.5%, and France where Le Pen’s party got 23.31%, edging out Macron’s 22.41%.

In Germany however, the far right AfD only got 10.4% while Merkel’s party got 28.4%., but this was its worst showing in European elections. The Dutch Freedom Party of  Wilders lost its seats, but another far right party, Forum for Democracy gained. A notable feature of the election was the increase in strength of Green parties.

Nevertheless, the far right and skeptics, EFDD, ENF, and ECR will now help shape a new balance of power in Europe, since the mainstream parties no longer have a majority. The conclusion is that the spectre of the far right has not been exorcized, and that an increasing number of Europeans have rejected the status quo, and believe that the Right is not wrong.