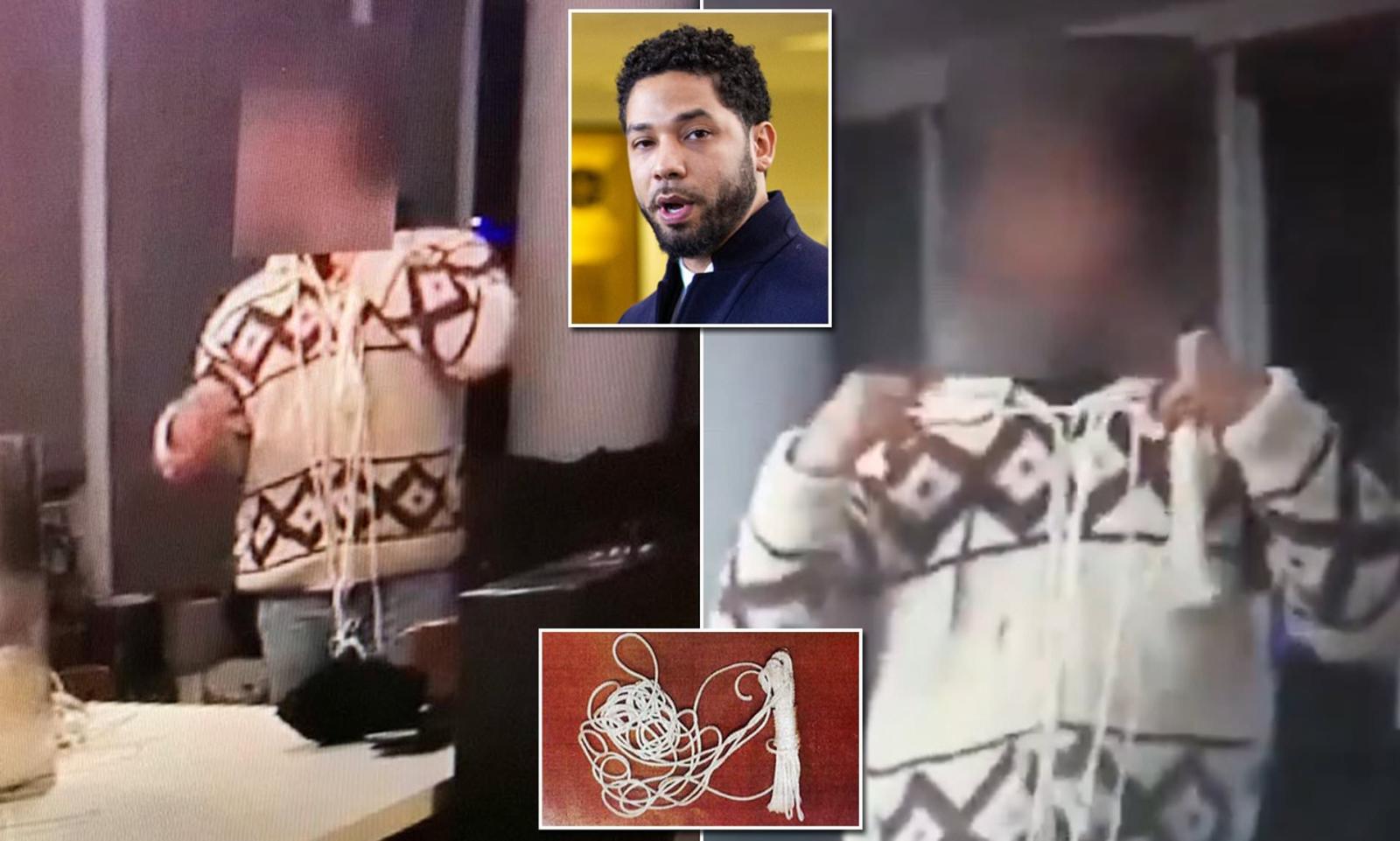 In 1800 the distinguished British lawyer, later Lord Chancellor, Thomas Erskine, defended his client for his unsuccessful attempt to assassinate King George III. “An attack on the king is considered to be parricide against the state, and the jury and the witnesses, and even the judges are the children. It is fit, on that account that there   should be a solemn pause before we rush to judgement.” Two hundred years later, Johnnie L. Cochran, Jr., in 1995, in his opening statement for the defense in the O.J. Simpson murder trial, was critical of the LA police, “this case is about a rush to judgement, an obsession to win at any cost and by any means. The police had made their decision (about Simpson’s guilt) in a rush to judgement.”

Erskine and Cochran, deservedly or not, won their cases, but their aphorism has been sadly disregarded. In modern times, the tendency, in reaction to an event or incident, has been to comment, without knowing the full story or having sufficient information to make an objective judgement, and offer a point of view which may be biased.

Around 2 a.m. on January 29, 2019, during freezing temperature, an actor known for his role in the drama Empire left his Chicago apartment to buy some eggs. The story is that he was attacked by two masked men who assaulted him, threw a noose round his neck, poured chemicals over him, yelling racist and homophobic remarks. One of the men had shouted, “this is MAGA (i.e., Trump) country.” The victim, Jussie Smollett, black, gay, actor, now 39 years old, had been the victim of a hate crime, racist and homophobic, resulting from the culture of hate fostered by Donald Trump.

It was always an unlikely story, and in fact none of it was true. Smollett had lied in reporting the alleged incident as a hate crime in order to advance his acting career. Chicago police quickly concluded he had organized and faked the attack on himself, and paid the two supposed attackers, to help his career and increase his salary.

After a three year legal battle, on December 9, 2021, a jury of five white men, five white women, one black man,  and one Hispanic women found Smollett guilty of lying to the police, responsible on five counts of felony, disorderly conduct, and rejected  his report of a hate crime. A class 4 felony carries a prison sentence of up to three years, but it  is possible  that Smollett who has lost his role in the TV program Empire  filmed in Chicago, may be sentenced by the judge to probation and  ordered to perform community services.

The case is disturbing in several ways. First, it was irresponsible that the Cook County State Attorney, Kim Foxx,  had recused herself from the case, and  dropped all charges, and Smollett  had agreed to perform community service. It remains an open question whether she was complicit in an attempt to cover up Smollett’s crime. Then. there is the issue of time, resources, and money spent by the police, at least  26 officers, and legal authorities, and the mockery of  the Chicago judicial system.

Most important is the rush to judgment in accepting Smollett’s fallacious story by much of the media, and by prominent individuals who immediately accepted his story and defended him. Among them were TV networks, Vice-President Kamala Harris. Nancy Pelosi and a host of Hollywood celebrities such as Reese Witherspoon. Nancy Pelosi called the “racist, homophobic attack” on Smollett an affront to our humanity. Particularly disturbing is that Harris called the attack” a modern-day lynching.”  The immoderate Alexandria Ocasio Cortez also knew it was a racist and homophobic attack.

It is fair to indicate that the support for Smollett came before his account  was revealed to be as publicity stunt and that after the truth about the affair became apparent, rushers to judgment changed their statements. Pelosi withdrew her initial tweet supporting Smollett and VP Harris reversed her opinion, holding that false claims to the police made it more difficult   for other, genuine, victims of hate crimes to come forward. Yet, none of the former believers in the false accusations of racism has publicly apologized for their inaccurate rush to judgement. Above all, their behavior is detrimental to the civil rights movement in America. Perhaps the most ironic feature of the affair is that some believed Smollett had allowed the noose to remain round his neck, a would be lynching.

Distasteful though the Smollett affair is, and counterproductive as is its result, it is not the crime of the century, nor did Smollett kill anyone. This issue of murder has now arisen as the result of an incident on the set of Rust, an American Western film being made in Bonanza City, near Santa Fe, New Mexico. Some judgment of the culprit was rushed in the media, largely because of allegations mostly coming from disgruntled employees that the film set was unsafe and unprofessional, chaotic, dangerous, exploitative.

The event was public and witnessed by a number of people on the set. Alec Baldwin, producer and star,  during a rehearsal  for Rust,  was given a prop gun, an antique  Colt .45 that was discharged on the set,  killing the cinematographer and injuring the director. Confusion and lack of clarity over the behavior and responsibility over the individuals connected in some way with the gun prevented a stark rush to judgment. Baldwin in statements that do not appear precise or helpful for him, or even grammatical, has explained he was given a “cold gun.” He said someone had put a live bullet in the gun, a bullet that was not supposed to be on the set…, “someone is responsible for what happened, and I can’t say who that is, but it’s not me.  I didn’t pull the trigger, I would never point a gun at anyone.”

So far, no one has been incriminated and the rush to judgement has been insinuated rather than declared. The crew working on the film has acknowledged there were imperfect and challenging moment in the production, but the scene was not chaotic or dangerous. Judgement must be suspended. Everybody involved in handling and using firearms on the set had a duty to behave in a manner such that the safety of others is protected. The mystery remains, how did a gun become loaded with a live bullet, and how did it misfire? Alex Baldwin never played James Bond, but he and the rest of the crew know this was no time to die.

Antonio Gramsci, early 20th century humanistic Italian Marxist philosopher and a founder of the Italian communist party, is best known for his theory of cultural hegemony, cultural, moral, and ideological leadership, the process by which the government and the supposedly ruling capitalist elite use cultural institutions to maintain power, rather than resort to violence, economic activity, or coercion. This concept has been the unconscious basis of the recent rush to judgement on philanthropists, people who fund or give donations for purportedly general, social purposes, rather than simply for charity, which provides immediate relief to people.

In accordance with the theory of Gramsci, the motives of philanthropists have been increasingly questioned.  It may be that no good deed goes unpunished. Donations are said to give the wealthy, as with Andrew Carnegie and John D, Rockefeller a century ago, a way of controlling society by supporting some reforms or giving generous gifts while preventing radical change. The issue, now seen as one of “soft power,”  is whether donors have hidden agendas, mostly focused on their being esteemed or benefitted socially. A recent case illustrates the topic of the behavior and motivation of philanthropists, and relationship to social activity.

On December 9, 2021, the Metropolitan Museum of New York decided to remove all mention of the Sackler family from its seven exhibition spaces, because of the family ties to the opioid crisis. The spaces include the Wing that houses the Temple of Dendur, an iconic work, for which the Sacklers gave  $3.5 million in the 1970s. The Sackler Wing was built specifically to house the Temple  which was recreated block by block., and installed in 1978. The ancient Egyptian Temple, built in the first century BC, a gift from  Egypt to the U.S., had been moved from the Nile to Central Park in an elegant, dramatic setting  for which the Sacklers paid.

The Sackler family are chief owners of Purdue Pharma, the private company that developed OxyContin, a prescription painkiller containing a morphine derivative called oxycodone, which was said to have contributed to the U.S. public health crisis. In a suit in September  2021, the family agreed to pay  $4.5  billion and give up ownership of  PP. and in return would be immune from future lawsuits.

Other institutions and museums, Guggenheim, Tate, Louvre, Jewish museum in Berlin have already acted in similar fashion to the Met, rejecting donations from the Sacklers who are global philanthropists, though some, such as the Elizabeth Sackler Center for Feminist Art in Brooklyn have not. While she benefits from income that comes from Sackler enterprises, she is not connected to the OxyContin situation. The issue remains, avoiding rush to judgement about financial contributions to cultural institutions, and about responsibility for alleged behavior in general. The example is clear. Smollett might have been a role model. The rush to judgment allowed him to be the model of a PR stunt.

PrevThe Mystery of Murder
My City Block at NightNext