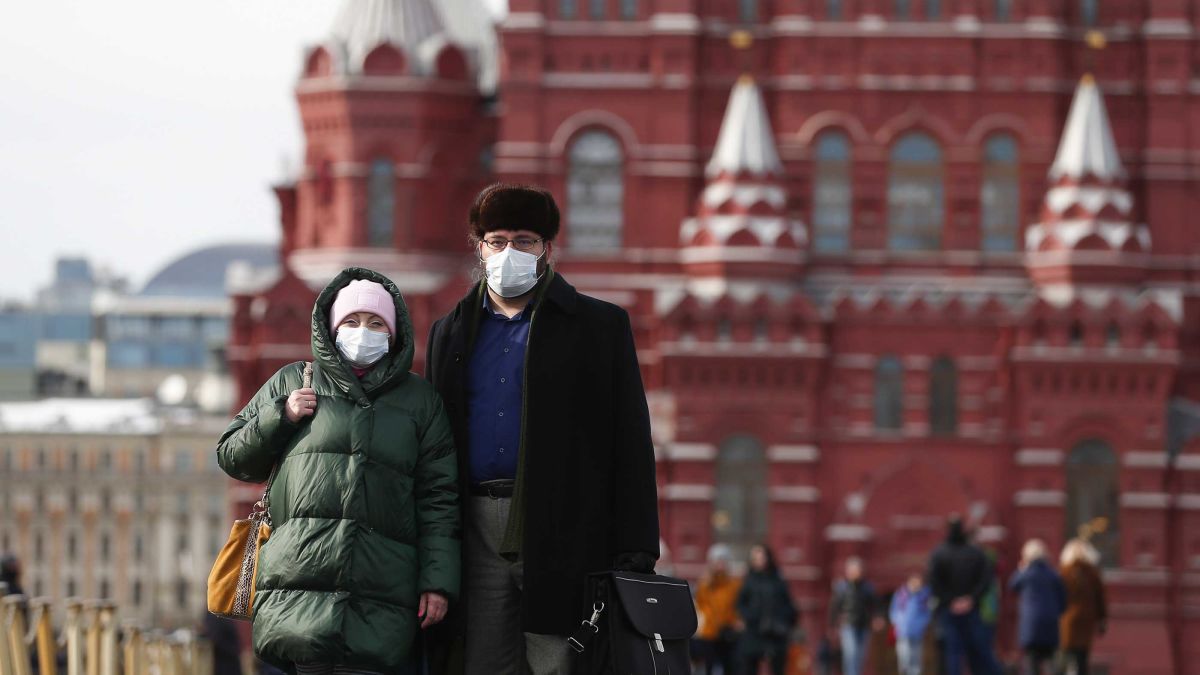 It is more fitting to seek the truth of the matter rather than have imaginary conceptions.

In the midst of the deepening coronavirus, Covid-19, crisis, which so far has caused more than 24,000 deaths, the truth about Russia policies and the intentions of President Vladimir Putin are not easy to fathom. This is particularly the case as Putin, though exercising virtual dictatorial power has no apparent categorical or predetermined political positions or ideological outlook as had leaders of the former Soviet Union, but is opportunistic, nationalistic, eager to play an important role in international affairs in what he considers a multipolar world, and above all determined to remain in power.

There is no need for Kremlinology to explain Russian behavior, no single key, but actions of fits and starts, short term goals, at times a pivot to Asia and end to Eurocentric attitudes, conflicting and at times contradictory forces in Russia. Noticeable are assertions of national pride, skepticism of the West, resurgence of the state especially since the state share of the economy has grown from 25 to more than 60 per cent under Putin.

Putin has been preoccupied with his control of power for some time, neglecting a policy relevant to control, war on the foremost menace in the world, the Covid-19 pandemic. On March 25. 2020, he decided to postpone a public vote, planned to take place on April 22, on proposed constitutional changes. Belatedly, Putin, already troubled by the large drop in oil prices, had recognized the severity and spread of the Covid-19 pandemic that, among other things, would lessen the turnout at the vote.

Putin had at first believed or declared that the spread of the disease was under control. However, the previous day the number of reported virus cases had increased by one third, amounting to an official number of 658. Putin now declared the absolute priority was the health and safety of the Russian people, and the safety thing was to stay home. Putin’s decision incidentally also means the postponement of the celebration in Red Square due on May 9 of the seventy-fifth anniversary of the victory of the Soviet Union over Nazi Germany.

Putin was obliged to act after the Mayor of Moscow, Sergey Sobyanin, asserted that the number of people infected by the pandemic was far more than the government was admitting. This lack of veracity and misrepresentation of information is familiar in Russian history, bringing back memories of the newspaper, Pravda, Truth, which since 1912 until its dissolution had been the formal paper of the Central Committee of the Communist party, disseminating “fake” as well as honest news.

Putin has been cautious and hesitant in reaction to reality. He did not impose a total quarantine on Russia, but agreed, with French President Macron, to coordinate the issue of sending citizens to their home countries, and transporting medical equipment. He did close land borders with China on January 30, 2020, then closed all borders, with some exceptions, until May 1.

Russia has encouraged business to have employees work from home, closed theaters, museums, schools, universities, cafes, shops, non-essential services for a short period. People are instructed to stay at home for at least a week. Foreigners have been banned from the country, and most International flights cancelled.

For Putin it’s a blue world, with an indigo hue. On March 24, 2020, wearing a hazmat suit he visited a hospital for virus patients on the outskirts of Moscow. Yet he has continued to attend public and private meetings without wearing a face mask or insisting on a safe distance from other people. At the same time, rapid changes have been made.  Inspired by China which in February 2020 built a hospital with 1,000 beds in 10 days in Wuhan, Russia built a hospital,  with facilities for 500 patients suffering from infectious diseases was built in an area 40 miles from the Kremlin, and  another hospital was ordered to be built close to the Chinese border. Most remarkably, Russia using 3000 soldiers  is building 16 new hospitals by mid-May, which will hold 1600 patients, and a new specialist hospital in Moscow.

The Russian decisions were taken in the context of Putin’s proposals for changes in the Russian  political system and his engagement in another war, battling with Saudi Arabia over oil production and prices after it left the market collaboration with OPEC in February and crude prices of oil had dropped over 40 per cent in a month.

Putin for some time had been considering various alternative plans by which he could retain power and, as he argued, ensure political stability. On March 10, 2020 Putin, in a speech to the Duma, spoke of the transfer of some presidential powers to the State Duma and the Federation Council, of the substantial expansion of the parliament’s authority. This would be a duality of power, a public divide, and would, he held, lead to closer work between the representative and executive branches of government, and would produce stability. Parliamentary government, the kind in many European systems, he held was not for Russia. He was not proposing a new constitution, but only important amendments, which were guarantees for a regular change of government.

Earlier in January, Putin had not proposed changes that would have allowed him to remain president. However, he changed his mind and adopted amendments that allow him to serve an additional two terms of six years. In effect this would mean remain in office until 2036. Putin denied he was a tsar who sits there and gives orders; “on the contrary I work every day.” Yet the image of Stalin remains.

Russia may have sealed its borders, closed schools, postponed sorts events, closed cinemas, night clubs, in the attempt to halt the spread of the virus. But it has not postponed a vote on a new constitution proposed by Putin. He has played down the threat of the virus, and urged people to remain calm. The proposal for the new constitution was passed by both houses of parliament, and endorsed by the constitutional court. It will enable Putin to run in two more elections and  rule until his 83rd birthday, and he won’t have to step down in 2024  as originally promised.

The U.S. and the Western world may rightfully have some concern over this. It will have some immediate concern over apparent aggressive action. Very surprising have been demonstrations in recent weeks by seven Russian warships in the English Channel and the North Sea. These led to a response by nine UK vessels, supported by helicopters, radar, tasked with shadowing the Russians. In addition, RAF Typhoon FGR4 planes, multirole combat aircraft were scrambled to intercept Russian aircraft approaching UK air space in the Outer Hebrides.

One can understand Putin’s desire to stay in power and to increase the prestige of Russia and himself, to be a player in international affairs. The world already has been confronted by the prospect of Xi Jinping being Chinese president for life. Now it faces Putin’s plan to retain the mechanisms of power and rule for life. Even Stalin ruled as General Secretary of the Communist Party, not as an official minister. Putin has proposed a complicated system of checks and balances, and rules a complex system that combines personal rule with syndicates and enforcers, some of whom appear to be more interested in self-enrichment than effective rule.

That system may be genuinely troubled by its fear of the expansion of NATO to the borders of Russia, and above all by the prominence, power and culture of the United States. But these fears do not explain its hesitation in coming to grips with the coronavirus, or in overseas aggressive moves. It certainly does not explain the fact that the official Russian statistics vastly understate the much larger number of outbreaks of Covid-19 in the country. Can Putin be trusted?