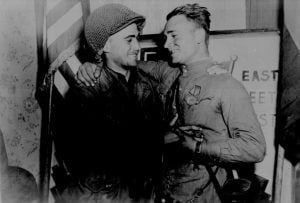 ‘Make a good treaty with Russia’ was Bismarck’s advice to his countrymen.  In the end, they took it.  Gerhard Schroeder, on stepping down as Chancellor of Germany in 2005, accepted the role of director of Rosneft.  He thus became a leader of the German-Russian consortium, whose main project is the Nord Stream 2 pipeline.  This is now completed but must await final legal permission from the German regulators.  ‘Good treaty’ though it may be, for Russia and for Germany, problems sprout all around this pipeline and its controlling effect on gas supplies to Europe.  Russia has gained a huge bargaining position in the supply of energy to the Continent, and the exercise of its power is at the centre of today’s geopolitical tensions.

The Russian moves towards Ukraine have met with headlines out of Boy’s Own Paper: we must ‘Stand Up Against Russian Aggression!’ The capitals do the work of argument, as with the voiced fear that Kiev could be ‘A Puppet Government’, there being nothing more odious than a puppet government.  Russia has objectively a perfectly decent case, since the eastward pressure of the EU and NATO contravenes the promise made to James A. Baker III as Secretary of State that the West would move ‘not an inch further’ after the fall of the USSR.  NATO’s motto has been Eastward Ho! ever since, and it now makes a bargaining chip of Ukrainian membership of NATO.  This is intolerable to a Great Power, above all a Balkan power; ‘spheres of influence’, sometimes derided as an outmoded concept, still is a reality of geopolitical life.  The German acquiescence in the Russian position is not without its amusement, as with its offer to send the Ukrainians 5,000 helmets.  (‘Why not pillows?’ was asked.)  The Head of the German Navy (no longer the Kriegsmarine), Vice-Admiral Kay-Achim Schoenbach was sacked for saying that Ukraine would never regain the Crimea and that President Putin deserves respect.  These are solid arguments; I tend to side with the Russians for reasons that are entirely personal.  As follows.

In May 1917 my father, Corporal T.H. Berry, was serving with the British Army in what was then North Persia.  There was no enemy action on his front, and the main Ottoman forces were some way away.  One day he was told that a force of Russian cavalry was headed for the British lines at Al Gharbi and twenty mounted men were ordered to find them and bring them in.  This they did; a Cossack patrol of 113 officers and men had come in from General Baratoff’s force.  The patrol had passed through 200 miles of mountains and desert without loss save for a few horses.  The Russians mingled joyfully with the British, as they were to do in 1945, and a Russian officer gave Father a 20-rouble silver coin as a memento of a great occasion.  A coin bearing the head of the Czar!  He kept it for many years. Father says in his memoir that the Russians gave them a sing-song in the evening, and they were of course warmly welcomed by the British commander General Lake.  He decorated the Russian officers, by command of King George V, with the British Military Cross ‘in recognition of this exploit and of this first meeting of British and Russian troops, as allies in the field, for one hundred years.’  (The Campaign in Mesopotamia 1914-1918, Vol. 3, p. 13.) The Cossack patrol stayed for two weeks and then, refreshed and restored, returned to General Baratoff’s main body, again without loss.  This gleaming but now forgotten episode in the annals of Anglo-Russian alliance is my main reason for not joining today’s anti-Russian chorus.

PrevUkraine invasion: a sign of Putin’s mental problem, or a mere miscalculation?
Police Officer in charge of Rotherham child abuse unit failed to investigate tip off that teenage schoolgirls were having sex with car wash workers, misconduct hearing is toldNext