From the Guardian and the Sunday Times

A leading contemporary art gallery covered up works featuring an Islamic declaration of faith after complaints from Muslim visitors who said the artworks were blasphemous.

The Saatchi Gallery in west London hosted an exhibition of new material by the artist SKU featuring a variety of works. However, it decided to cover up two paintings that incorporated the text of the shahada, one of the five pillars of Islam, in Arabic script juxtaposed with images of nude women in the style of the US flag.

Usama Hasan, head of Islamic studies at the think tank Quilliam, said the paintings were not only offensive but blasphemous and sacrilegious. “They are really dangerous,” he said. “It’s The Satanic Verses all over again.” Dr Hasan and Quilliam are always presented as the progressive, moderate, enlightened and reasonable facet of Islam.

The gallery, founded by the advertising magnate Charles Saatchi, rejected calls from some visitors to remove the paintings, arguing it was up to visitors to come to their own conclusions on the meaning of the art. However, in response to the complaints, SKU suggested as a compromise the works … meant to represent the conflict between America and Islamic extremists … should remain on the gallery wall but be covered up with sheets. 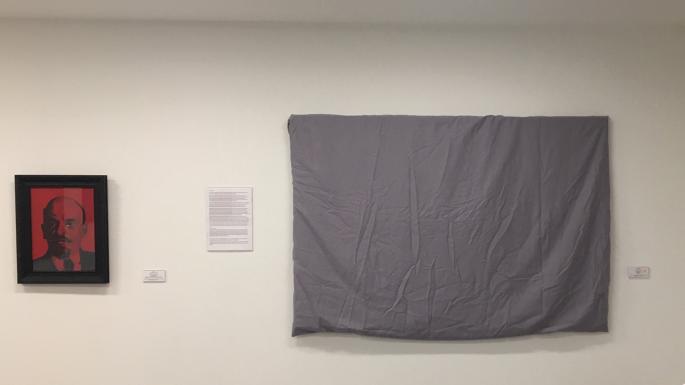 Lenin, responsible for countless millions of deaths in the Holodomor alone, is not objectionable, apparently.

“It seemed a respectful solution that enables a debate about freedom of expression versus the perceived right not to be offended,” he said in a statement to the Sunday Times.

The London artist, who has not revealed his name, said the works represented the expulsion of a “toxic spew” of media images, including degrading images of women, nationalistic symbols and propaganda designed to “illicit support for a cause and demonise others”. 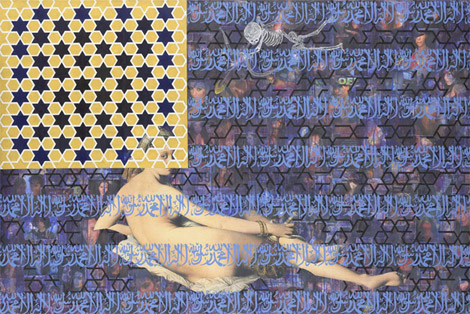 The exhibition ran from mid-April and finished on Friday. And only on Sunday did news of the censorship reach the wider public.

The offending paintings are still visible on art websites, here and here. 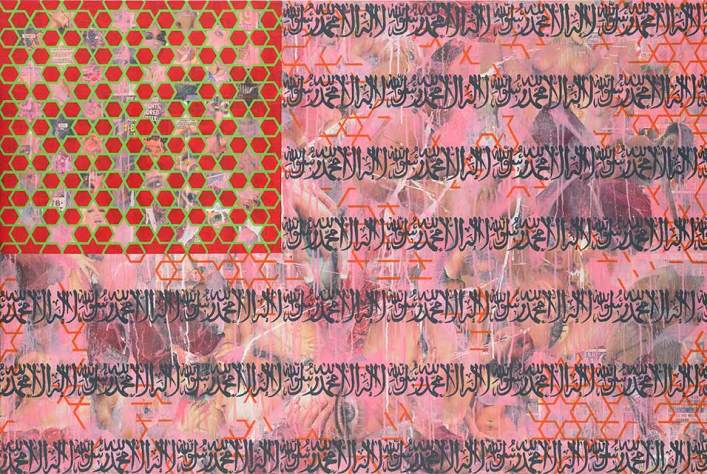