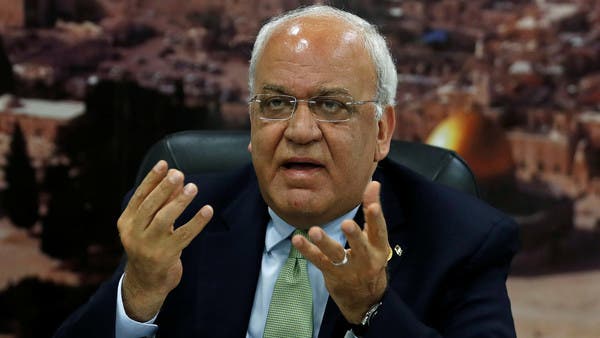 The hypocrisy of the Palestinian Arabs knows no bounds. They accuse Israelis of every possible atrocity – raping, mutilating, murdering innocent Arabs, as well as “harvesting the organs” of “Palestinian martyrs” that are to be transplanted into Israelis. The Israelis are even accused of conducing unspecified “medical experiments” on Palestinian prisoners, no doubt inspired by the example of Dr. Josef Mengele. After all, weren’t the Zionists close collaborators with the Nazis?

Yet when it comes to their own well-being, Palestinian leaders show what they really believe, for they seek medical treatment from Israeli doctors, in Israeli hospitals – despite denouncing Israelis for committing all sorts of atrocities. Several years ago, Ismail Haniyeh, the head of Hamas, just weeks after he had been denouncing the Israelis, during the Gaza war, as the spawn of Satan, had his daughter brought to the Ichilov Hospital in Tel Aviv for treatment of a serious medical condition. Apparently, while being treated by Palestinian medical personnel, she had suffered complications from a routine procedure. Her father knew what he had to do: bring her to the raping, murdering, organ-harvesting Israelis, whom he could be sure would give her the best medical attention. And so they did. After a week she was discharged, fully recovered. No thanks, public or private, came from Ismail Haniyeh, who resumed denouncing Israel for its many atrocities. Nor from any other Palestinian. But does anyone doubt that if another of Haniyeh’s thirteen children became seriously ill, that he would hesitate for a minute before taking any of them to an Israeli hospital?

Saeb Erekat has just been rushed to Hadassah Hospital in Jerusalem. He had been treated at his home, near Jericho, for COVID-19, but his condition worsened. He, and his Palestinian doctors, knew that they had to entrust his life to Israeli doctors who – despite being rapists, murderers, harvesters of organs, etc. – would do their utmost to save him. The story is here:

Chief Palestinian negotiator Saeb Erekat was taken by ambulance to a hospital in Israel on Sunday for treatment of a worsening case of COVID-19, the Palestine Liberation Organization said.

Witnesses said Erekat, 65, was on a stretcher when he was placed inside an Israeli ambulance outside his home in Jericho. Erekat, who is also secretary general of the PLO, disclosed on Oct. 8 that he had contracted coronavirus.

There is heightened concern over Erekat’s vulnerability to the illness because he underwent a lung transplant in the United States in 2017.

Following his contraction of COVID-19, and due to the chronic health problems he faces in the respiratory system, Dr. Erekat’s condition now requires medical attention in a hospital,” the PLO’s Negotiations Affairs Department said in a statement….

Note that the PLO statement makes no mention of the hospital he is going to, so some may be fooled into thinking Erekat will be at a Palestinian hospital, of which there are several among which he might have chosen, but he sensibly preferred instead to entrust himself to the Israelis. Assuming his treatment is successful, from now on, whenever he starts slandering the Israelis as “murderers” and “war criminals,” he should be reminded of his telling vote of confidence in Israeli medicine and Israeli doctors.

His is a worrisome case. He is 65. He had a mild heart attack in 2014, and also had a lung transplant in 2017, in an American hospital. He is thus immunocompromised. The Israelis know that if he should die of COVID-19 while in their care, they will be denounced by the PA as having deliberately murdered Erekat. And if they save his life, against the odds, there will be no public recognition or expression of gratitude from any of the Palestinians, including Erekat himself. They could have refused to take him. They chose instead to help.

For decades, Saeb Erekat has been a suave sower of taqiyya who, like his two bosses Yassir Arafat and Mahmoud Abbas, has accused Israel of every possible crime. Just recently his nephew, Ahmed Erekat, waiting in line in his car at an Israeli checkpoint in Jerusalem, suddenly stepped on the gas full throttle and swerved his car to aim directly at the Israeli soldiers. He plowed into them, knocking one of them, a girl, into the air. He then stepped out of his car, and – the Israelis fearing he might be armed or have an explosive with him — was shot dead. One can see clearly on the video of the event that he deliberately sped up and swerved his car so as to ram the soldiers. That did not stop Saeb Erekat from denouncing the Israelis for what he described as the deliberate murder of his nephew, an innocent Palestinian who was only in a rush to do errands for his sister, who was getting married the next day – that would explain, apparently, why he suddenly stepped on the gas. Erekat said nothing about his nephew suddenly swerving his car into the soldiers; nor did he mention Ahmad Erekat’s video, which he had made the day before, in which, in an agitated state, he denies being an agent of Israel, as he had apparently been accused of being. What better way to prove one’s true-blue loyalty to the Palestinian cause than to kill some Israelis?

A few months later, Erekat has entrusted his life to these Israelis, the people whom he accused of “murdering in cold blood” his nephew, and of being been guilty of an “execution.” This is par for his hypocritical course. When in January there was an uptick in Palestinian attacks on Israelis, Erekat blamed the Jews for their “apartheid” (there isn’t any) and “annexation” (there hasn’t been any).

Let’s remind the world of what Saeb Erekat has said about Israel. It was Erekat who first accused Israel of “massacring 500 Palestinians” in Jenin in 2002. There was no such massacre. It turned out that in Jenin that Israeli soldiers had to fight terrorists house to house, avoiding booby-trapped doors, and floors, and fighters hiding among civilians, and shooting at Israelis from behind those civilians.

Here are some of the remarks collected by the late Charles Krauthammer about the so-called “Jenin massacre” that Erekat brought to the world:

“Jenin Camp Is a Scene of Devastation But Yields No Evidence of a Massacre.” The Washington Post, April 16.

“Holley told Agence France-Presse that he did not see ‘any evidence of a massacre. The Israeli army was fighting against some desperate [Palestinian] fighters here.’” — Agence France-Presse, quoting Maj. David Holley, British military adviser to Amnesty International, April 28.

The “Jenin massacre” is more than a fiction. It is a hoax. “Palestinian Authority allegations,” reported the Boston Globe (April 29), “. . . appear to be crumbling under the weight of eyewitness accounts from Palestinian fighters who participated in the battle and camp residents who remained in their homes until the final hours of the fighting. . . . All said they were allowed to surrender or evacuate.”

Erekat, the first Palestinian official to publicly charge the Israelis with that non-existent Jenin massacre, has had 18 years in which to correct the record. He has never done so.

Erekat has also described Israel as having “an apartheid regime worse than that of South Africa.” He had nothing to say when offered such contradictory evidence as those Israeli Arabs who serve in the Knesset, sit on the Supreme Court, go abroad as diplomats. He has said nothing when others have pointed out that Israeli Arabs study with Jews in universities,work side-by-side with Jews in offices, factories, and farms, play with Jews in orchestras and on sports teams. For Erekat, despite that mountain of evidence, Israel remains an “apartheid regime worse than South Africa.”

Erekat frequently accuses Israel of “war crimes,” Israel’s handling of the Gaza flotilla was, for him, one such “war crime.”

He also described as a “war crime” the death of a Palestinian woman which, he said, was the result of her inhaling tear gas. The IDF said there was no evidence the tear gas had caused her death. It had not been fired at her, or landed close to her, and she had already had a history of severe health problems, to which she apparently succumbed. You can choose to believe a serial liar, Saeb Erekat, and his “war crime” charge, or to believe the IDF, which is a serial truth-teller (and does not hesitate to accept blame when such blame is called for). I’m for trusting the IDF.

The next time Erekat denounces Israel as a monstrous regime of pure evil, I hope the Western reporters who transmit his every absurd claim will have the decency to remind their audiences, that Erekat chose to be treated at an Israeli rather than a Palestinian hospital, and that he owes his very life – as do many thousands of Palestinians – to the skillful ministrations of the staff at Hadassah Hospital.