A female Isis supporter who plotted to bomb St Paul’s Cathedral and other London targets has been jailed for life. Safiyya Amira Shaikh, a Muslim convert who was formerly known as Michelle Ramsden, asked online contacts to fit out two bags with explosives. 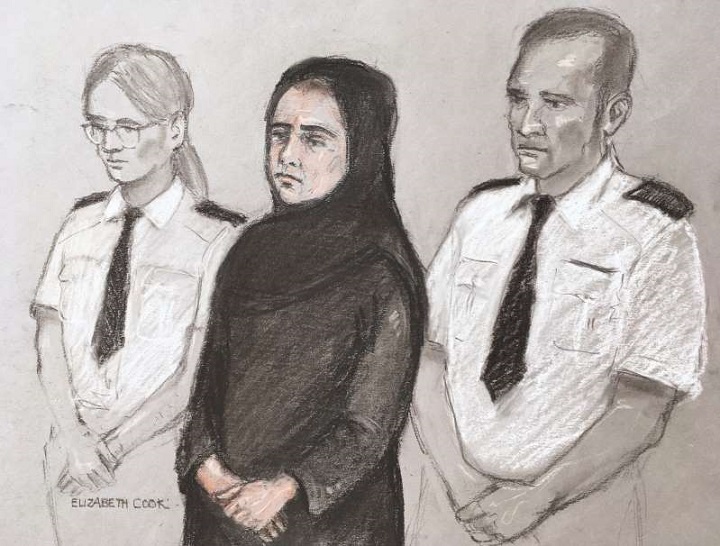 But the people she believed were helping her prepare for the attack were undercover police officers posing as a married jihadi couple, and she was arrested in October before the plot could be carried out.

The 37-year-old mother, from Hayes in west London, told police she had been inspired by Isis bombings that killed almost 300 people in Sri Lanka.

The attackers struck churches and hotels on Easter Sunday 2019, and Shaikh said she wanted to mount her own attack at either Easter or Christmas, the holiest Christian festivals.

Mr Justice Sweeney said “You decided you could take better revenge in this country for what the kuffar [disbelievers] had done . . .You identified St Paul’s Cathedral as the place you would like to target, saying you wanted a lot of people to die, that it was the best opportunity of your life … you planned to kill as many people as possible and destroy the cathedral in the process.”

“I would like bomb [sic] and shoot til death,” she wrote in online messages. “But if that not possible I do other way. Belt or anything. I just want a lot to die. Inshallah [God willing].”

She said the plot was the “best opportunity of my life”, and described how she could borrow her daughter’s non-Islamic clothes in an effort to avoid suspicion. Shaikh carried out hostile reconnaissance at St Paul’s Cathedral in September, sending a photo taken underneath its famous dome to an undercover officer with the caption: “Under this dome I would like to put bomb. It centre of church.”

Shaikh said there was little attention from security during her visit, which lasted around an hour, telling an undercover officer: “I really thought it would not be possible. But it easy.”

Ben Newton, for the defence, claimed she had developed “cold feet” and would not have gone through with the bombings. ”This particular terrorist act would never have actually happened,” he told the court.

But Shaikh was recorded in a phone call after that hearing saying the claim had been a “big lie” and that she would have carried out the attack.

The Isis supporter instructed a defence barrister to tell the judge what she said and that “her intentions had not waned”.

PrevPERSPECTIVE: A July 4th like never before
London man believed to be ‘most high value suspected ISIS detainee’ worldwide could face death penalty in IraqNext