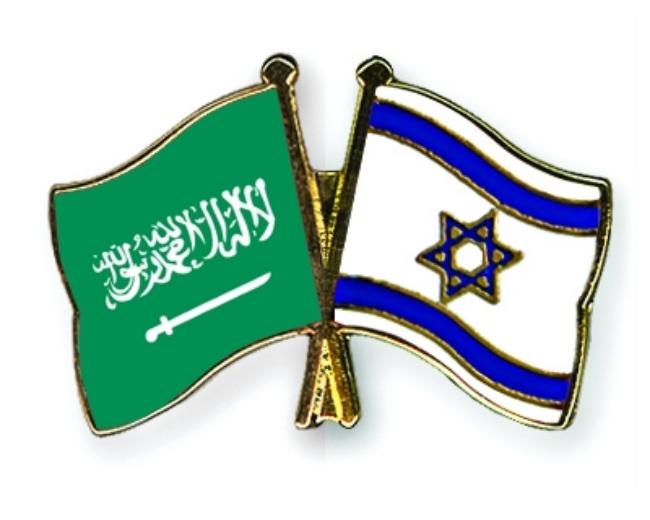 I’ve been convinced after thinking it through that the best thing for Saudi Arabia would be Israel. The figures on the chessboard of politics are forever changing with regard to each other. It is an agreeable surprise that for the first time a young Jewish woman is competing in the contest to become Miss Germany. More significantly, the changing Middle East based on mutual interests was shown in a New York synagogue where Efraim Halevy, former head of the Israeli Mossad, met Egyptian Prince Turki bin Faisal al Saud, long time head of Saudi Arabian intelligence agency. Another encounter was in a synagogue in Paris, visited in November 2017 by two former Saudi officials, a minister for justice, and a minister for education.

It is exactly 40 years since the historic visit of President Anwar Sadat to Jerusalem paved the way to the 1979 peace treaty between Egypt and Israel. The time is now ripe for a closer relationship, an open diplomatic one, between Saudi Arabia and Israel. Saudi Arabia cannot yet be considered an open society, but things are changing, with a certain amount of discussion allowed in social media, and concerts and performances, and a new dynamic and bold leader, the 32 year old Crown Prince Mohammed bin Salman, appointed to the rank in June 2017.

The Crown Prince, a young man in a hurry if somewhat impulsive, has already acted to exert control over the country, and has been consolidating and centralizing power since his appointment. He has replaced the former Crown Prince, his older cousin Prince Mohammed bin Nayef, first as interior minister who was in control of security arrangements. He removed Prince Mitreb bin Abdullah as head of the national guard, the internal police force.

Particularly surprising were the events of November 4, 2017 when there was a purge of senior princes and business leaders accused of corruption. They included the billionaire Alwaleed bin Talal, one of the world’s richest men, who has been nicknamed the Warren Buffet of Arabia. Moreover, Salman has shown his power by what appears to the house arrest on charges of systematic corruption involving $100 billion of more than 200 prominent and rich people now housed in the palatial and prestigious Ritz-Carlton Hotel in Riyadh which hosted President Donald Trump in May 2017.

The Crown Prince appears to have two major obejctives: to confront challenge Iran politically, diplomatically, militarily, strategically, and theologically; and to modernize Saudi Arabia, eliminate corruption, and foster a more competitive economy. Two of Salman’s projects to introduce economic and social change and end the reliance on oil are especially impressive, plans for a Mega-city, and the Neom project. The Mega-city proposal is a $500 billion plan for a unit that spans Egypt and Jordan as well as Saudi Arabia, powered by energy from different sources. The Neom project is planned as a large center for innovation and trade, linking industry and technology.

With the decline in oil prices the Saudi economy has faltered, and had a budget deficit of $79 billion last year. The main plan for change, Vision 2030, envisages increasing non-oil revenue to 600 billion riyals, ($169 billion) by 2020, and1 trillion riyals by 2030. Part of the revenue would come from privatizing part of the state oil company, Saudi Aramco. The plan would create what Salman calls the world’s largest sovereign wealth fund. Economic liberalisation will involve financial cuts in benefits for civil servants and military personnel, and in energy subidies.

Social changes related to the plans are changes in the educational curriculum, increasing women’s participation in the workforce, allowing women to drive, and investing $3 billion in the entertainment sector.

Saudi Arabia has become more active politically and miltarily, acting  to preserve its territorial integrity and political stability. Salman led a boycott of Qatar in June 2017 for allegedly providing supplies to Yemen. He had already intervened in fighting in Yemen in order to restore the goverment of Yemeni president Abdrabbuh Mansour Hadi who was forced to resign in January 2015 under pressure from Shia militia.

Salman pressured Lebanese prime minister Saad al-Hariri to resign on November 4, 2017, defying the views of UK, EU, France, and Germany. He has used some of the nomadic tribes that originate in Saudi Arabia to influence activity in the Middle East beyond its border.

Undoubtedly the main issue for Saudi Arabia is the rival Iran, the mount of all evils, seem as an existential threat. Saudi Arabia with armed forces of 250,000, and 900 battle tanks confronts the more powerful Iran which has 560,000 armed forces and 1,500 battle tanks. Saudi’s only military advantage is its more up to date combat air fleet.

Already there are proxy wars between the two countries. In Yemen, in a war that has cost 10,000 lives, Iran has supplied ballistic missiles fired by Shia Houthi rebels who are opposed by the Saudis. In Syria, rebels funded by the Saudis have been defeated by the forces of President Assad helped by Iran. In Lebanon, the Hezbollah, supported and armed by Iran, is an increasing problem for the Saudis who see it as a force for instability in the Middle East.

Saudi Arabia, to gain support, has formed an alliance of Sunni countries against Shia Iran. Prince Salman on November 26, 2017 convened a meeting, attended by all members except Qatar, in Riyadh  to energize the military coalition, the Islamic Military Counter Terrorism coalition of 41 members set up by the Saudis in 2015. It is essentially a military alliance among Sunni Muslim states against Islamic terrorism activity, financing, and ideology. Iraq, Syria, and Iran, are not members.

This meeting was a response to the November 24, 2017 the bomb and gun attack on a mosque in north Sinai,  frequented by Islamic Sufis, considered a heretical sect. The attack that killed 305 and injured 128 was carried out by assailants who carried an ISIS flag.

Saudi political and religious authorities have made clear that the enemy is terrorism, not sects, or religions, or races.  One of the greatest dangers of this extremist Islamist terrorism is held to be distorting the reputation of “our tolerant religion.” An interesting and important departure is the view of  the Grand Mufti, Abdul Alash-Sheikh, of the country, who remarked both that killing Jews and fighting against Israel was inappropriate for Muslims, and that Hamas is a terror organization.

An open question is the relationship with Israel now that the Saudis need friends in the bitter rivalry with Iran. Its general problem had been worsened by the result of the US led coalition in 2003 in Iraq that ended the regime of Saddam Hussein, a regime that, with all its brutalities, was for the Saudis a Sunni Arab counter weight to Shia Iran. Now the Shia dominated political leadership in Iraq is close to Iran, and an Iraqi Shia militia is helping Assad.

There is no likelihood at present of any kind of formal peace with Israel, or full diplomatic and economic relations with Israel but nor is there any real Saudi concern about Palestine. Any deal about Palestine, especially one based on the 2002 Saudi peace initiative, based on Israel withdrawal from occupied territory, would be acceptable. The Saudis could then normalize relations with Israel without fear of backlash from Arab counries.

It is time for the Saudis to follow the trend in other countries that are friendly to or cooperating with Israel. In 2015 Israel opened its first office in the UAE, and some Arab countries are thinking of suspending their ban on Israeli aircraft flying over Arab air space. It is too strong to envisage Israel and Saudi Arabia as de facto allies in the struggle with Iran, but there is common concern over the possibility of Iran as a nuclear state and increasing power.

Some covert meetings and intelligence cooperation have occured between the two countries. This is insufficient. Normalization of relations will benefit both sides in trade, military and now cyberspace intelligence. It will also benefit the whole Middle East.

PrevSmoke and mirrors confronting terror in the US
A SCHOOLBOY has been found guilty of plotting an ISIS-inspired terror attack on the day of a Justin Bieber concert in Cardiff.Next