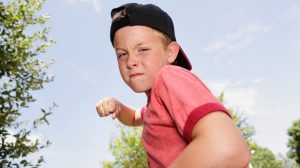 The media, especially the print zone, finds space for language that has escaped from the playground and now takes centre stage.  The key word is ‘bully’, the regular account of Russian policy towards Ukraine.  On that charge, I turn for wise counsel to Nigel Molesworth, who in his masterwork HOW TO BE TOPP (Geoffrey Willans and Ronald Searle) writes:

‘The trouble is that among any number of oiks there is always a big one called Ern.  Ern is a buly.   Everyone sa stand up to bulies they will run away but do not believe it.  A lot of them stand still and then where are you eh?  I will tell you you are in the duck pond and it is joly freezing.’

Molesworth is a supreme realist, and understands that school is the image of later life.  He knows that standing up to bullies does not guarantee a good outcome.  The other sort frequently append ‘Lieutenant-Colonel’ (or Air Commodore) to their letters to the Telegraph.  One of them writes (11 March) of the Ukraine crisis ‘There is just one man responsible.  The time has come to remove Mr Putin now by whatever means.  We, the West, just need to get on with it.’  Retirement has not quelled the military instincts of the Lieutenant-Colonel, but it has dimmed his recollection of the staff college precepts on the need to plan ways and means before an attack. It is not clear who We, the West are or what we should do to get organized and indeed defined.  Other correspondents repeat the traditional wisdom: ‘Bullies such as Vladimir Putin only respond to strength.’  The fusion of firmness and vagueness gives the maxim its perennial appeal.  It is proverbial wisdom and is as useful as any other proverb you can name.  All of them are open to the opposite conclusion (‘He who hesitates is lost’/’Look before you leap’).

The tap root is schoolboy fiction, in which a sterling lad takes on the bully and beats him up.  That was the plot of the original schoolboy novel, Thomas Hughes’ Tom Brown’s School Days (1857).  Hughes created an enormously popular genre, whose vitality extended to J.K. Rowling’s Harry Potter and the Philosopher’s Stone (1997) with six more novels in the series and as many films.  The leitmotif of the Telegraph school of DIY history is ‘stand up to’, a phrase that recurs throughout a deal of current commentary.  You can do it in schoolboy fiction.  It gets harder in the real world of geopolitics, and of course the cooler hands in the Foreign Offices have nothing to do with ‘stand up to’ nonsense.  It lives on in the popular support for the Ukrainians in their struggle.

The massive force of public outrage at Putin’s war has to be reckoned with.  The military men, as you would expect, are foremost in the ‘something must be done’ cry.  Against them would be Lord Salisbury, the last truly Conservative Prime Minister, who wrote:  ‘No lesson seems to be so deeply inculcated by the experience of life as that you should never trust experts.  If you believe a doctor, nothing is wholesome; if you believe the theologians, nothing is innocent; if you believe the soldiers, nothing is safe.’  This time the unretired soldiers seem largely blameless.  They are not keen to stand up to Putin, not yet anyway, before a massive build-up of defence is well on the way.  As a sound rule, generals are not keen on war—they are ex-officio pacifists–but they are mustard for increased defence expenditure.  I would leave the future in the safe hands of Eisenhower’s military-industrial complex, and so would the generals.  Putin will have to make do with his own generals, those who survive.  Ours will.