Sentimentality and the Things Left Unseen 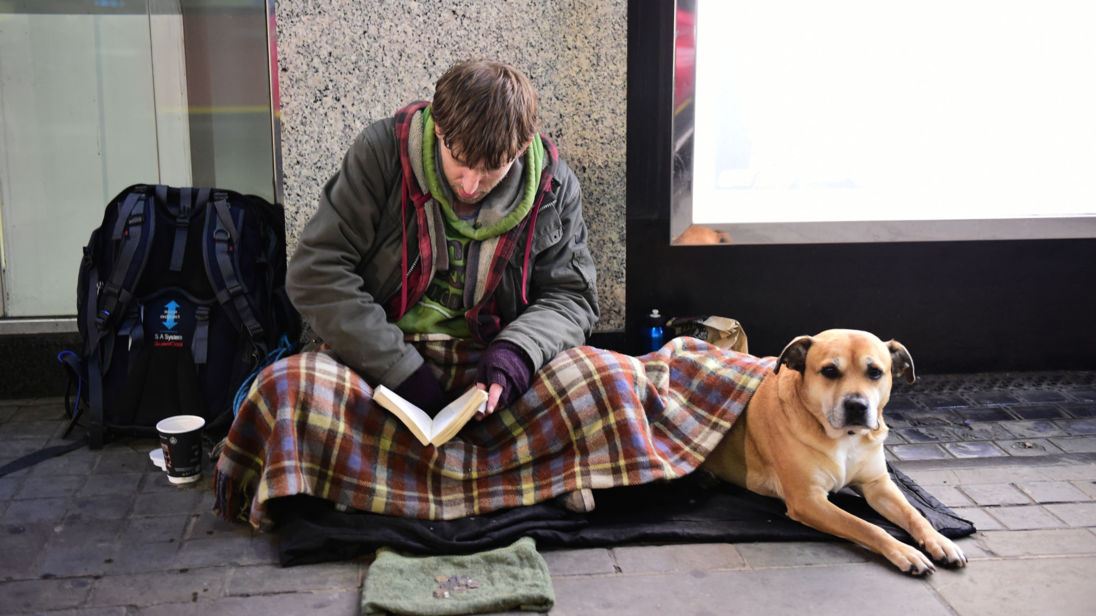 One of the characteristics of modern polities, is seems to me, is how often in them tails seem to wag dogs. In part this may be because we can grasp and sympathise with the sufferings of a relatively reduced number of people, whom it is easy to sentimentalise. Surely, we think, so small a problem should be easily soluble by so large a society?

In Great Britain, nearly 5,000 people now sleep rough on the streets every night. This is slightly less than one in 13,000 people, but nevertheless represents an increase of about 100 per cent in the last 7 or 8 years, that is to say from about 2,500. The population of the country increased by nearly 5 million between the years 2006 and 2016, during which period the proportion of homeless families, those with nowhere to live and placed in emergency accommodation at public expense, halved.

I do not want at all to deny the extreme unpleasantness or dangers of sleeping rough in a cold climate. I can never pass a person sleeping in the doorway of a shop or other building without wanting to give him some money (such people, incidentally, are disproportionately male, five or six to one), irrespective of the antecedents of his predicament. But such feelings and individual actions are one thing, policy another.

The left-wing populist leader of the opposition party in Britain, Jeremy Corbyn, an admirer of the Hugo Chavez school of solution to poverty and social problems, has said that his government, should he form one, would immediately buy 8,000 homes to “give” housing to the people who slept on the street. This, of course, would immediately create more than 3,000 homes to be ‘given’ to people yet to sleep on the street, a supply that would probably create a demand, indeed an excess demand, creating the need for further supply.

From whom, and under what conditions, would Mr. Corbyn “buy” the homes? In so far as he answered this question at all, he said that he would buy them on foreign speculators in London property, who bought luxury flats in newly-constructed blocks not to live in them but to make a capital gain when prices had risen. It was disgraceful, he said, some people should be doing this while others slept in doorways.

Mr. Corbyn’s thought, if such it can be called, was stuck in a primitive, almost pre-Bastiat stage: he saw people sleeping in the doorways, he saw flats standing empty, what would or could be easier, then, than to get the people sleeping in the doorways into the flats? The only result of this would be to make some people cosy who before had been cold, which of course is wholly and unequivocally desirable.

Someone should do the country a favour and send Mr Corbyn the essays of Frédéric Bastiat, and in particular his What Is Seen and What Is Not Seen:

There is only one difference between a bad economist and a good one: the bad economist confines himself to the visible effect; the good economist takes into account both the effect that can be seen and those effects that must be foreseen.

In essence, Mr. Corbyn thinks that expropriation and redistribution according to his view of what is right is the route to justice and prosperity. One might have hoped that the world had had sufficient experience of such notions to extinguish them from the human mind forever, but foolishness, like hope, springs eternal.

There is no doubt that Britain has a housing problem, or that the housing stock, like much of its infrastructure, is barely sufficient for its population. The reasons for the housing problems are various. The population has grown rapidly, largely as a result of immigration. Much of that immigration has been beneficial, but not all of it: at least 350,000 immigrants from Europe are unemployed, who must nevertheless be housed though being without income, or taxable income at any rate. The number of houses or flats necessary per million of population has risen because of a dramatic increase in the last fifty years of single person households. This increase is itself of complex origin, but among the most important causes is the ease with which men walk away from their obligations both to their children and to the mothers of their children. If the social security system does not mandate paternal irresponsibility, it certainly makes much of it possible. A quarter of British children now live in single parent households, and many of their fathers live on their own. The numbers of single fathers dwarf those of the homeless living on the streets, a fact that suggests that Mr. Corbyn, like most politicians, prefers easy targets to the difficult but vastly more important ones that require courage to target.

The homeless in the streets are the tail that Mr. Corbyn would like to wag the dog of the rule off the law. To appeal to both the sentimentality of the electorate, who would feel it obscene even to enquire the reasons why the street-dwellers find themselves in such a predicament (among them, importantly, are drug-addiction, alcoholism, incompatibility with their friends and relatives and psychosis), and to the xenophobic resentment of rich foreigners who can afford to speculate in London property, he is prepared to destroy his country’s reputation for probity and predictability in its laws of private property, a reputation that can be destroyed in a week but not restored in a decade, and which is vital to its future prospects.

But Mr. Corbyn cares nothing for that: he is dazzled by his own virtuous vision, his mirage or his hallucination of social justice. Perhaps the most telling word in his proposal, because uttered so unselfconsciously, was the word “give”: his government would “give” the homeless a house or a flat, having first confiscated it, or at least bought it compulsorily at any price it chose. This in turn implies that he saw all that existed in his country as being legitimately in his gift or in his power to withhold. No doubt he would deny this corollary of his proposal: but in the modern world there is no totalitarian as dangerous as he who does not realise that he is one.