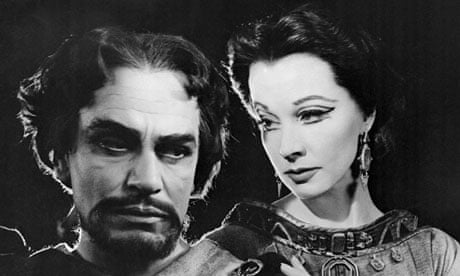 In a popular parlor game, all the presidents in the U.S. are placed in ranks for entertainment or competitive conversation. More seriously, since its inception in 1982 the Sienna College Research Institute has provided surveys by academic historians and political scientists, of presidential ranking based on twenty categories, that include imagination, integrity, executive ability, leadership, communication, ability to comprise, relations with Congress, and foreign policy accomplishments. In its most recent published survey, in 2018, it ranked as top    persons, Washington, FDR, Lincoln, Theodore Roosevelt, and Jefferson (Mount Rushmore plus FDR). At the bottom were Andrew Johnson, Buchanan, Harding, Pierce, and Donald Trump.

All polls show that Donald Trump, in spite of the fact that more than 74 million voted for him at the presidential election, left office with low approval rating, though throughout his presidency his ratings remained within a 9 point range and his median approval rating was 44 %. Ranking leaders Is a subjective enterprise. It is important that meaningfulness in ratings of an individual should be based on two factors: performance over a period, not on a single event or day; and comparisons with others who held the office. One comparison could be with George W. Bush whose ratings during his period in office ranged by 62 points. However, Trump’s ratings dropped severely in his last weeks in office.

Two questions can be raised. The first is whether this decline represents a real shift in public opinion, or whether it is due to a difference in the sample of people surveyed previously. The second is whether the utterances of Trump can now be seen as “bullshit.” The concept of bullshit has become part of the currency of politics as the result of an essay by Princeton philosopher Harry Frankfurt who explained the difference between a lie and bullshit. A lie has a connection with the truth, to overcome it. Bullshit does not care about the truth, or the difference between the truth and false statements. Lying is a conscious act of deception. Bullshit is intended to persuade without regard for the truth.

How should we rate or evaluate those who have held high office? Fiction might help provide an answer in discussion of relevant factors that might explain behavior. For example, Is Hamlet really mad or, like contemporary politicians, guilty of bullshit? The purpose of playacting or using political rhetoric is to suit the action to the word, the word to the action, to hold as it were the mirror up to nature. There are actions that  persons in Washington, D.C. might take, but does those individuals also have genuine feelings, do they have that  “within which passes show.”

Since the plays of Aristophanes, fiction has portrayed and provided commentaries of political events and personalities. Throughout the centuries, gifted writers, whether Alessandro Manzoni, Joseph Conrad, Dostoyevsky, Tolstoy, Upton Sinclair, Solzhenitsyn, Stendhal, V.S. Naipaul have provided insights into the behavior of those in the political arena. None is more remarkable than Shakespeare whose plays raise all the issues, war, peace, religion and politics, legitimacy of rulers, law and order, deposition of rulers, and most strikingly the nature of good and bad rule. Shakespeare of course was not a political philosopher on the lines of Hobbes or Locke, but his discussions of various kinds of human political types and character and variety of customs, beliefs and regimes is incomparable for understanding politics in the U.S. today. Sometimes in a single line Shakespeare explains character, as with Horatio who alluding to Brutus and Cassius indicates his loyalty to Hamlet by his remark, “I am more an antique Roman than Dane.”  His work can be used for Washington today.

Shakespeare is valuable in trying to understand that politics is necessary, even though incompatible with other values. First, there is the need for law and order. The heavens themselves, the planets, observe degree, priority and place, and when that degree is shaken which is the ladder to all high designs, then the enterprise is sick. Discord follows in power, power into will, will into appetite. Maintaining the system is important; removing the ruler will bring disorder, horror, fear, and mutiny. It will be the woefulest division that ever fell upon this earth.

Political institutions and processes, as political scientist Fred Greenstein argued, operate through human agency. It would be remarkable if they were not influenced by the properties that distinguish one individual from another, concerning issues such as ambition, self-assurance, personality, adherence to tradition, impulsiveness, calm, or lack of discipline. Like the players on the Washington stage, the Shakespeare rulers differ in their justifications of their right to rule. No one today can believe they have a Divine right to rule, or is an anointed ruler, but they provide justifications. They differ in interests and capacities, though all are ambitious, which may lead to glory or to tragedy. The latter is true of Macbeth who had no spur to urge him on but only vaulting ambition, an allusion to a horse leaping over an obstacle.

I dare do all that may become a man, who dares no more is none. But because of the defaults in his character, his ambition and drive for power leads to his destruction. Similarly, the plotting of Claudius who explains his murder of Hamlet’s father, by “mine own ambition and my queen,” leads to his grave.

The rulers differ in their strength, weakness, and ability. Among the strong figures are Richard III who delights in his power. I am determined to prove a villain, as I am subtle, false, and treacherous. Why I can smile and murder while I smile, and wet my cheeks with artificial tears and frame my face for all occasions. Bolingbroke in Richard II returned from exile to gain the throne, to clean his version of the swamp, weeding and plucking out the caterpillars of the commonwealth, King Richard’s supporters.

Another strong personality is Henry V, a charismatic figure, full of valor and kindness, whose soldiers plucked comfort from his looks. He was a great leader who connected and moved his subjects. He roused them, we few we happy few, we band of brothers. Old men forget yet they will remember what feats they did at the battle of Agincourt.

Other rulers are weak. Richard II had lost the support of his followers, and surrendered his crown without a serious fight. Like rulers past and present, he found that  everyone who flatters you is no friend in misery. He becomes bereft of friends. Words are easy like the wind, faithful friends are hard to find. He knew and had been warned, a thousand flatterers sit within thy throne, whose compass is no bigger than thy head. The crown had allowed him a breath, a little scene, to monarchize, be feared, and kill with looks, infusing him with self and vain conceit, but he realized  that within the hollow crown, that rounds the mortal temples of a king, rulers were murdered. Richard gives up. You have misunderstood me all this time I live with bread like you. How can you say to me I am a king?

Rulers lose power and are disillusioned. Nowhere is this more poignant than in the case of King Lear who did not truly understand relationships with people, especially those of two of his daughters who betray him. Sadly, he realizes how sharper than a serpent’s tooth it is to have a thankless child. Lear is the best example for D.C. of three factors. One was the impulsive, senseless act of giving away his power, leaving him a poor, powerless, weak, and despised old man. A second is the need to know the difference between true feelings and flattery of politicians and associates. A third is the symbolism of the storm in the center of the play. Blow, winds, and crack your cheeks. The storm echoes Lear’s confusion and represents difficulties and problems which have an impact on behavior. Lear is aware of the power of nature and of his own frailty, and appears to cultivate a sense of humanity.

It is not too much to hope that this sense of humanity is present in Washington today.