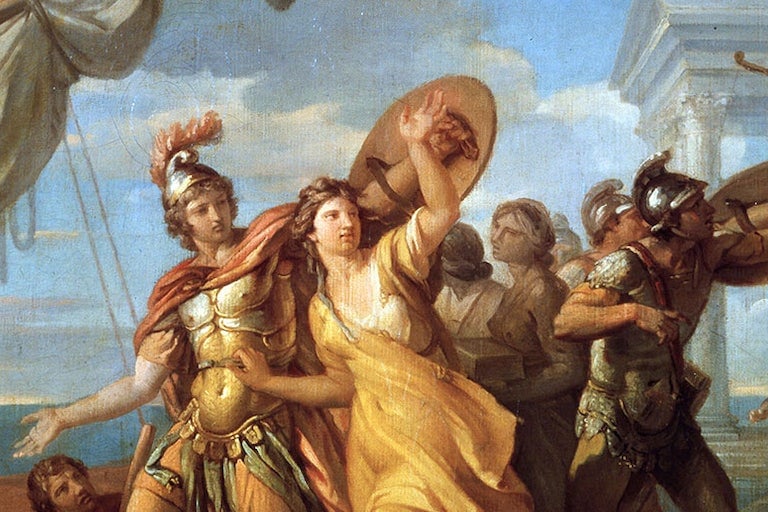 I am obliged to Lev Tsitrin for noting my habit of quoting Shakespeare, but like Osric I do it ‘for my ease in good faith’.

Shakespeare does it better and I find it easier to quote him than to make up my own words.  And Shakespeare’s words change with time.

Troy, now into seven years of the Trojan war without a result, are bound to the absurd cause of defending Helen after her abduction.

Clearly the Trojans should return her to the Greeks, and end the war.

They debate the decision in full council. Hector, their top man, admits that ‘the moral laws/Of nature and of nations speak aloud/To have her back returned.’  But nevertheless ‘I propend to you/In resolution to keep Helen still,

That deadly line is it.  The war is all about national prestige.  And more, sex.

Shakespeare drops a heavily loaded hint (3.2.140-150) that Helen should be prepared to sleep with Hector to ensure his continued support for the war.  Paris assures her that it would be fine with him.  He too gains from the war.

I have been lately re-reading A.J.P. Taylor’s masterpiece, THE ORIGINS OF THE SECOND WORLD WAR, and have been struck by how Shakespearean he is.  The key to character is pattern, and Hitler’s pattern is delay, waiting for others to make concessions which usually works but which he can mistime. Taylor’s stunning conclusion is that Hitler ‘became involved in war through launching on 29 August a diplomatic manoeuvre that he ought to have launched on 28 August.’  This ties in with the positively Shakespearean casual, throw-away  line that Taylor quotes.

‘On 29 August, Goering, anxious for a compromise, said: ‘It is time to stop this va banque.  Hitler replied: ‘It is the only call I ever make.’

Shakespeare’s Trojan War ends with the anger of Achilles, enraged at the death of his lover Patroclus, who then orders his myrmidons to slay the unarmed Hector.  It is a total collapse of war’s illusions.

Still, we can never disdain Shakespeare’s unsolicited gift for the casual occasion.  The current travails of the Conservative Party were anticipated in MEASURE FOR MEASURE (3.2.153), where the members are ‘condemned for untrussing’.