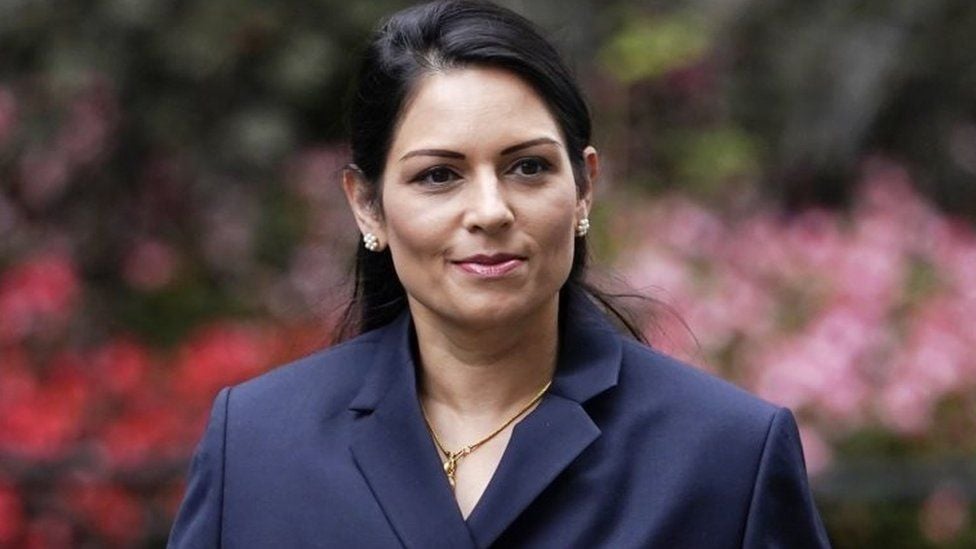 Some racism is less racist than other racism. Priti Patel, the British Home Secretary (in effect, the minister of the interior), is the daughter of Indian immigrants from Uganda. She is hated by the intelligentsia because she believes strongly in immigration control, though not an end to all immigration.

A crowd in Glasgow recently gathered to prevent two failed asylum-seekers from being deported by immigration officials. A prominent left-wing union official and member of the Labour Party, Howard Beckett, tweeted “Priti Patel should be deported, not refugees. She can go along with anyone else who supports institutional racism. She is disgusting.”

The Labour Party suspended Beckett (meaning, of course, that he will soon be back), and he issued an apology, though it will reassure neither Patel nor much of the British public. He said: “I certainly didn’t mean it to be taken literally. The idea that I would think that a Home Secretary would or should be deported, I’m against all forms of deportation.”

The two men to be deported had gone through a long legal process and had failed to prove that they were entitled to asylum status. This, and the fact that Beckett subsequently claimed to be against the deportation of anyone in any circumstances whatever—except, perhaps, those whom he disfavored politically—suggests that he would support a complete absence of control over immigration, no matter how large the influx such a policy would bring about.

Beckett continued his “apology” as follows: “Obviously, what I was trying to do was highlight the fact that Priti Patel was taking a position from elitism and privilege, one that is racist.” Given that not more than 1 percent of the population, probably, would share his own views on immigration, he must consider 99 percent of the population to be elitist, privileged, and racist. Clearly time to get a new people, then—and certainly an odd reversal of the conceptions of “elite” and “people,” in which 1 percent are the people and 99 percent are the elite.

Beckett’s words do not suggest that he meant them to be taken ironically: rather, they suggest rage. Patel evokes such insensate fury in her opponents not because of her actual practical politics, which could be opposed or disagreed with in a normal way, but because she represents a threat to a worldview. She is the child of refugees, and she experienced racial insult and abuse as a child; therefore, it was her duty to play the professional victim for the rest of her life. Instead, she says that her heroine was Margaret Thatcher, who inspired her to go into politics. By not claiming to be a victim, and by climbing up the greasy pole through sheer determination, she has proved herself a traitor to her class and her race.

Worse still, Patel is a threat to all those who aspire to climb that same greasy pole by denouncing elitism, privilege, and racism as the principal sources of all evil. And there is a growing danger that a substantial proportion of various ethnic minorities will come to think like her.

That is why Beckett said, with evident sincerity, that Patel was “disgusting.”

PrevIran’s Islamic Revolutionary Guards Corps Tells ‘Zionists’ to ‘Return’ to Europe and US
Can the Islamic Republic of Iran Survive to 2030?Next