Should the United States Be the Leader of the Free World? 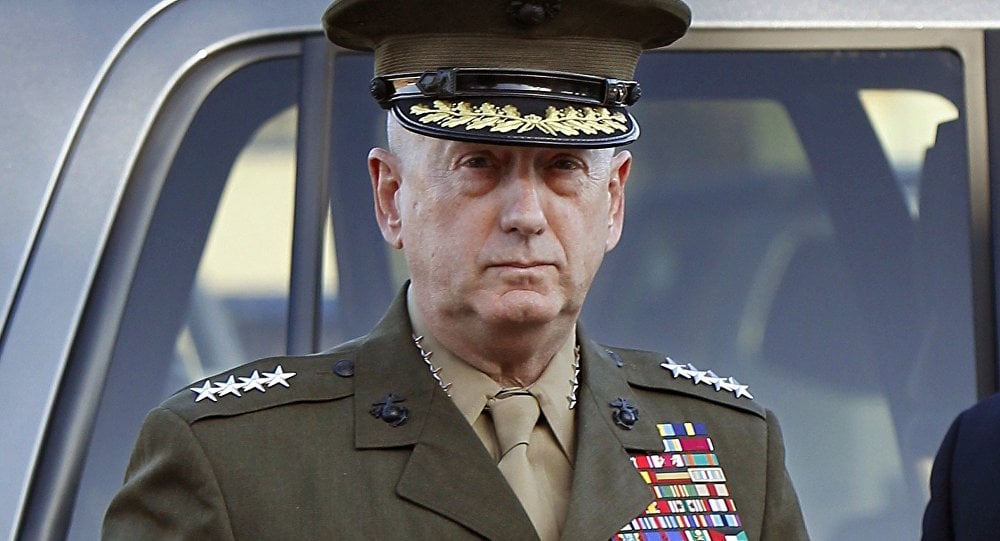 The decision of President Donald Trump to withdraw U.S. forces from Syria and Afghanistan led to the announced departure on December 20, 2018 of Secretary of Defense James Mattis, 4 Star General often regarded as a force for stability in the administration. Policy differences between Mattis and the President already existed over a number of issues, NATO, Korea, Afghanistan, Syria, Iran nuclear deal, proposal for a military Space Force, American attitudes to allies.  However, the manner and timing of the firing or resignation of Mattis without serious formal consultations of military advisers, including the chairman of the Joint Chiefs of Staff, by Trump was questionable at best, and reckless according to his critics.

Yet, irrespective of controversy over Mattis’ departure, more important is the issue of the desirable role of the United States in world affairs: should the U.S. continue or expand its overseas activities and be the leader of the global order; or should it reduce its commitments and withdraw from certain areas.

The issue has faced British as well as American politics. In the first British election at the end of World War II, in 1945 the Labour Party defeated the Conservatives led by Winston Churchill.  The colorful Minister of Health, Aneurin Bevan, the architect of the National Health Service proudly declared on July3, 1948 “We now have the moral leadership of the world.” In contrast, President George Washington in his Farewell Address on September 19, 1796 spoke of the need for the new U.S to “pursue a different course.” It is, he argued, U.S. true policy to steer clear of permanent alliances with any portion of the foreign world. Instead, the U.S. may safely trust to temporary alliances for extraordinary emergencies. The great rule of conduct for the U.S. in regard to foreign nations is in extending our commercial relations to have with them as little political connection as possible.

The logic of Washington’s advice was to avoid political or economic entangling alliances, foreign economic commitments, or international agreements. Yet this was not considered isolationism. The dilemma poised in trying to reconcile action to deal with actual practical problems with any fundamental doctrine was early shown by President Thomas Jefferson who indeed coined the phrase and warned of “entangling alliances,” but who engaged in the war in 1801 against the Barbary pirates who held US sailors for ransom, and decided on military action rather than remain neutral, and also engaged in the Louisiana Purchase in 1803 for $15 million.

Differences on the U.S. role varied throughout its history. The country and President Woodrow Wilson were divided over U.S. policy toward World War I, willingness to participate in it or remain neutral and uninvolved, until the German submarine attacks on U.S. ships and the sinking of the British Lusitania in 1917. Similarly, strong differences were expressed over both participation in the conflict and the conduct of that War, unconditional surrender or early armistice, and on post War policy, the Versailles treaty, the League of Nations, which was rejected by isolationists in the Senate, and about reconstruction of Europe after the war. The crucial issue was the same in 1918 as it remains today, the nature of the role and global reach of the U.S. President Wilson wanted a just peace, based on his 14 points of democracy and self-determination. If internationalists, and the business and financial community wanted a larger global U.S. role, isolationists in the mid-West often descendants of German and Irish immigrants, opposed involvement.

The dilemma remains for the contemporary U.S., the world’s only superpower and leading country with a high GDP and GDP per capita, 80% of financial transactions world-wide, almost 40% of global military spending, generous foreign aid programs, and more than 45 million who were born in foreign countries. The problem for U.S. foreign policy, especially since the end of World War II has been whether to withdraw from complex foreign problems in which the U.S. has no direct interest, or whether to exert influence and become, because of its economic and military might, the dominant force in world affairs.

It is not clear if President Donald Trump has considered the Farewell Address message of George Washington, or has aligned himself in one particular camp, but can he be considered an isolationist? He is not a multiculturalist, has no interest for a policy of humanitarian military intervention or for regime change, and certainly opposes the subsidizing of the armies of other countries at U.S. expense. He has pulled out of the Trans-Pacific Partnership, the Paris Climate Change agreement, and the UN Human Rights Council.

The resignation of Mattis immediately followed the statement by Trump on December 19, 2018 that he intended to pull all 2,000 U.S. troops out of Syria, and 7,000, half of the total stationed there, from Afghanistan. Mattis was critical of the decision, but spoke in a broader way, of the need to maintain strong alliances and partnerships and of the need to treat allies with respect. He wrote that while the U.S. remains the indispensable nation in the free world, the armed forces of the U.S. should not be the policeman of the world. Instead, the U.S. should use all tools of American power to provide for the common defense, including providing effective leadership to our alliances.

This statement may or may not imply that Trump’s withdrawal of troops is a policy of isolationism. Yet, in spite of his powerful nationalist rhetoric, “Make America Great Again,” Trump’s policies do not resemble those of the isolationists of the 1930s, say the America First group, with attitude of neutrality towards Hitler. Perhaps the best summation of Trump’s not consistent remarks was that of French Ambassador Francois Delattre who thought that Trump policy was a strange mixture of unilateralism and isolationism, one in which the U.S. does not seek to be the last resort or enforcer of international order, though he continues to support NATO.

It is worth examining Trump’s explanation for his decision to withdraw from Syria.

He claimed his only reason for being there during the Trump presidency was to defeat ISIS in Syria and this had been done. For him the U.S. mission was over. Here the evidence is mixed. In December 2018 ISIS had lost Hajin, its last urban stronghold in Syria. ISIS has lost 95% of the territory it controlled in 2014 and is no longer controls more than a very small amount of territory along the Euphrates in Syria or in Iraq, but 2,500 of its forces are still there and they are likely to return to insurgent tactics or use Syria for global operations.

Whatever the reality of the future activities of ISIS, and differences remain on whether U.S. troops in Syria are vital to national security interests, it is difficult to define Trump as an isolationist because of his concern about military entanglements, their high financial cost and casualties. Nor does it mean that the U.S. will lose its credibility on the world stage or as a leader in the fight against terrorism. It is not self-evident that Trump’s decision to withdraw troops will embolden the insurgency.

However, the result of Trump’s action is unpredictability in relation to action by and towards Turkey, and Iran. It is crucial that Turkey be prevented from launching an offensive against Kurds, the Syrian Democratic Forces YPG, an ally of the U.S. which fought ISIS and lost 1,500 doing so, but which Turkey labels “terrorist organizations.” Turkey persists in regarding this group in northern Syria as an extension of the PKK, the Kurdistan Workers’ Party, a separatist group in Turkey itself.

In any case, the ambivalent U.S.-Turkish relationship has to be resolved irrespective of the Kurdish issue. Turkey is friendly with Iran and imports gas and oil from it. But it also in October 2018 released the U.S. pastor who had been detained on charges of terrorism. Turkish President Recep Tayyip Erdogan has bought an S-400 air defense system from Russia, and may buy F-35 jet fighters and Patriot missiles from the U.S. The two countries are presently discussing a 20 mile buffer zone along the Turkish-Syrian border.

It is premature to argue that Trump’s decision means a U.S. retreat from the Middle East or abandonment of allies. Relations with Israel and Saudi Arabia have not deteriorated, nor has the policy of limiting the role or influence of Iran or Hezbollah, in addition with concern about Russia.

For Washington the crucial problem remains: to what degree should the U.S. engage in activities for reasons of national security? Politics is full of difficult choices, and the discussion should focus on the main problem, not on partisan rhetoric or premature pessimism.