What does it mean when no one talks about a brutal murder? 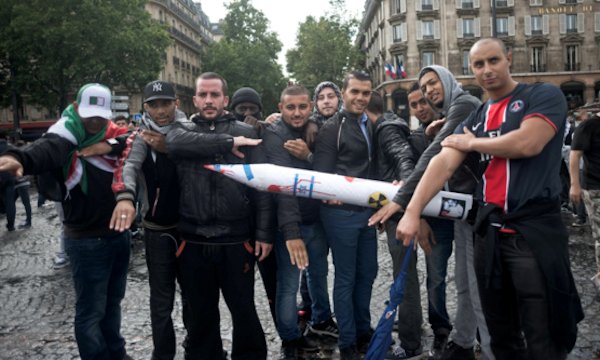 As every married person knows, silences can be pregnant with meaning, even if the meaning is not immediately clear. The silence in the French press about a recent startling event in Paris is surely pregnant with meaning. On Monday, April 3, an Orthodox Jewish woman, Sarah Halimi, a doctor aged 66, was thrown out of a window to her death by an African man aged 27. He was her neighbor in the flats where she lived. According to witnesses, whose testimony has yet to be confirmed, the man, who had been harassing her with insults for several days, shouted “Allahu akbar!” as he threw her.

Also, according to unconfirmed reports, neighbors had called the police because of the young man’s behavior. Three policemen came but did nothing, deciding that it was up to other authorities, presumably psychiatric, to act. At any rate, the young man was transferred to a psychiatric clinic almost immediately after his arrest.

He had a history of delinquency and in all probability had taken drugs. It seems likely that he was in a state of psychotic excitement, whether drug-induced, drug-exacerbated or purely endogenous, at the time of his crime.

But it has been known for a long time that the delusions of madness take on the coloring of the culture of those who suffer them. (De Quincey says, in The Confessions of an English Opium Eater, that if a man thinks of oxen, his opium dreams will be of oxen.) It would be stretching credulity to suggest that the young man’s victim was chosen at random, that he might just as well have chosen someone else. If this is so, it reveals something unpleasant about the man’s cultural milieu.

But why the silence in the press? The case was certainly dramatic enough to be worthy of a mention under the rubric of faits divers. I happened to learn of it only through a Parisian neighbor, a Jewish shopowner. The story had appeared in La Tribune juive, and probably caused a shudder among French Jews, all the greater because of the silence of the press about it.

Was this silence commanded or coordinated from above? Perhaps no one wanted to raise the temperature in the runup to one of the most contested elections in recent French history, in which there is the possibility—an outside possibility, but still greater than ever before—of a victory for the far Right.

The afternoon that I learned about the case, I went to an exhibition marking the 30th anniversary of the trial for crimes against humanity of Klaus Barbie, the Butcher of Lyon, who ran the Gestapo there during the Occupation. It was held at the Mémorial de la Shoah, a Parisian museum and study center devoted to the history of the Holocaust. If there is any small museum in the world more defended against car bombs and with tighter security, I do not know it.