Simultaneously Seeing and Not Seeing Race 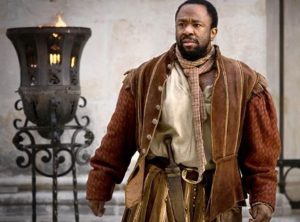 Fifty years ago this year, I attended a performance in London of a Zulu version of “Macbeth.” It impressed upon me that Shakespeare was, if not quite universal (I doubt that his plays would mean much to the uncontacted tribes of the Amazon jungle, for example), of very wide appeal across cultures.

About a quarter of a century later, I attended a performance of “Macbeth” in which the title role was played by a black actor, alone among the cast. At first, I found this slightly disconcerting, but he was so good an actor that I soon forgot my initial feeling of strangeness.

Since then, virtually all productions of Shakespeare that I have seen include black actors and actresses, who are dotted about the cast. All Ophelias are now black, often dressed in torn jeans, while Polonius generally remains white. For some reason which I cannot fully explain, I would find it less disconcerting and distracting if the title role of Hamlet were taken by a black actor, as in “Macbeth” years ago, or if the entire cast were black.

The audiences, almost entirely white, feel as if they are being preached to and in some way criticized by the theater company, or at least by the director of the play. Shakespeare is, par excellence, the playwright of universal human nature; not only does he seem to be able to inhabit the minds of an astonishing array of characters, but by some alchemy allows us to do so also. This being the case, and human nature being constant, what should it matter what race the actors are? They are human beings, and that should be enough. To notice that they are anything else is to demonstrate that you are racist.

On the other hand, the theater company or director of the play wants us to notice the presence of black actors in the cast because he is thereby demonstrating his commitment to diversity and social inclusion—there would be no point in going to all this trouble if we did not notice it.

Thus, the audience is supposed to notice and not to notice the racial composition of the cast at the same time, which is as impossible as looking at one of those pictures that is either an old crone or a young girl, but which one cannot perceive as both simultaneously, it requiring a gestalt switch to move between the two.

PrevIslamification in Southern Ontario, Canada
Activists at Play for $52,000 a Year as Woke School Goes BrokeNext