Singing Through the Pandemic 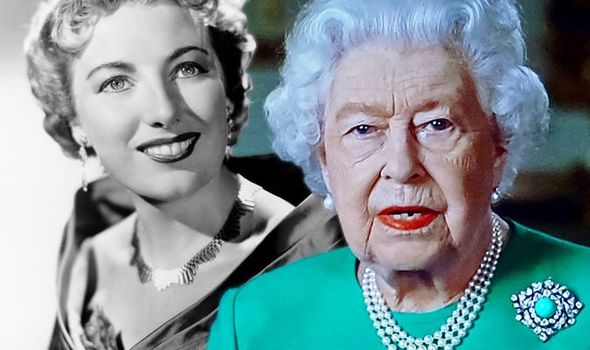 If music be the food of life, play on. Say it with music. I’ll know that moment divine.

On April 5, 2020 the 93 year-old Queen Elizabeth II delivered her fourth TV address of the 68 years on the throne, outside her annual Christmas greetings. In a gracious and indeed eloquent five-minute speech she thanked care workers and health workers for selfless duty, thanked those who were obeying lockdown rules to prevent the spread of the Covid-19 virus, and took pride in the general British population for their attributes of self-discipline and quiet good-humored resolve, and fellow feeling. that still characterize Britain. Her message was realistic, optimistic and encouraging: “We should take comfort that while we may have still more to endure, better days will return, we will be with our friends again, we will be with our families again, we’ll meet again.”

In the last phrase of her speech, the Queen obliquely referred to the song We’ll Meet Again made famous in 1939 by Vera Lynn at the beginning of World War II. It was a song recognizing heartbreak through separation, but one that was optimistic and a major morale booster. It is still relevant today, “Don’t know where, don’t know why, but I know we’ll meet again some sunny day, keep smiling through just like you always do, until the blue skies drive the dark clouds far away.”

In World War II, the song helped raise the spirit of the British nation. Today, it is indicative of the determination to fight the invisible enemy Covid-19 menacing the world, envisioning success in the war against the pandemic, and a reminder that better days will return. At this moment the people of the world are more likely to be under stress, to experience frustration, and anger, and understand there is no easy solution to the problems all nations are experiencing.

This is especially true of the increasing number who are isolated, by quarantine or more likely by lockdowns and social distancing, and are confined to home, alone together with family. Even if there is not a plenitude of choices in this setting, there are opportunities to relieve stress. Individuals can pursue their ideas and hobbies, take courses on the internet, garden, clean the house to perfection, work on some new skill, or watch TV.

There are other alternatives. There is unlikely to be a spur reading Plato or Homer, but there are countless books for solace. During World War II, British politician Harold Macmillan found the novels of Anthony Trollope indispensable, and to get over 9/11 Rudy Giuliani, then Mayor of New York City, found comfort in the biography of Winston Churchill by Roy Jenkins. Some interesting choices might be: Meditations by Marcus Aurelius, reflections, after his reign of a empire and wars and natural disasters, of commitment to virtue and self-improvement, “you have the power to strip away many superfluous troubles located wholly in your judgment.” Or the novels of Stendhal, full of irony and psychological penetration of the characters; or Winston Churchill’s The Second World War, or Sherlock Holmes stories.

Yet the memory of Vera Lynn and the impact of the record of her song suggest a more likely method to overcome stress and depression maybe through music.

Music has long been used in political affairs for support or opposition to proposals or actions, or to instill patriotism. Beethoven dedicated his Third Symphony to Bonaparte until Napoleon crowned himself emperor in 1804 when Beethoven rescinded it. Verdi in his opera Nabucco used the chorus of the Hebrew slaves to call for Italian liberation. In recent years the song We shall Overcome became the anthem of the civil rights movement, the chant Give Peace a Chance, was written by John Lennon and Paul McCartney in 1969, and Bob Dylan wrote Blowin’ in the Wind, a protest song with rhetorical questions in 1962.

It has long been recognized that music has therapeutic qualities, that it benefits mental health.

A McGill study in 2011 concluded that listening to music led to an increase of dopamine, the mood enhancing  chemical in the brain, that helped against depression.

It is noticeable that music has been regarded in European countries as a remedy to aid during the Covid-19 crisis. Italy has suffered the largest number of casualties, more than 135,000 infected and 17,000 deaths. Italy has closed all factories and production of products, all travel except for health and professional reasons has been banned, affected areas have been isolated, and 62 million stay at home. Fans of the local football team Napoli sang in the street un giorno all’improvviso, a song popularized in 2016, The town of Naples sang  Abbracciame, piu forte, hug me, a song by pop singer Andrea Sannino. A song that went viral is Andra tutto bene, everything will be all right. Sienna sang canto della verbena, while Sienna sleeps.

In sympathy, people in the Bavarian town of Bamberg opened windows to sing Bella Ciao, a war time resistance song.

Even Bono, inspired by Italians singing while under quarantine, wrote a song dedicated to Italy, “Let your love be known,” yes there is isolation  but you are still here. Sing and promise me again not to stop.

For Americans and British people it might be beneficial to relieve stress, tension, frustration, and fend off depression, resulting from their isolation or distance from others by listening to or singing the melodies of the Great American Songbook, the influential popular, standard, songs composed for Broadway and films mainly in a thirty-year period, 1920-50. The Songbook is not a specific list of songs but a set of what is in fact a musical portrait of American society and mores. Among other things, resorting to the Songbook, a distinct body of work, with harmonic subtleties, melodic lines, key and tempo changes, and modulations, is an affirmation of solidarity with society and culture and unification against adversity.

People will have their favorite of these hundreds of ballads, urbane, witty, reflecting a variety of moods, written by musicians from Irving Berlin, George Gershwin, Jerome Kern, Rodgers and Hart, Harold Arlen, to Cole Porter and Stephen Sondheim, and subjected to endless variations through the years. Here are a few suggestions of songs of the Songbook with which many people, if not everyone, will be familiar.

Probably the most enticing is All the Things You Are, the song written in 1939 by Jerome Kern and Oscar Hammerstein for a show Very Warm for May, which was Kern’s last Broadway show and was unsuccessful. The verse, often not performed, begins “Time and again I’ve longed for adventure”, but is the start of an expressive emotional ballad, with unusual modulations, a melody not easy to sing well with rising fourths, and chords above the bass line. It has been a favorite piece with musicians and played in different styles.

Almost everyone is familiar with the song Over the Rainbow written by Harold Arlen and Yip Harburg in 1938 for the film Wizard of Oz. It won the Academy Award for best original song. It is song of reassurance, coming to a new land where trouble melts like lemon drops, but also one of yearning and home sickness. It is ironic the MGM studio head Louis B. Mayer wanted to cut the song from the film and had to be persuaded to let it remain, a song that is one of the most renowned movie themes and the song that made Judy Garland an icon.

Typical of list or catalogue sons is These foolish things composed by Eric Maschwitz and Jack Strachey in 1935, for a London revue Spread it Abroad.  A song with verse and 3 choruses, it is a romantic and nostalgic ballad.

And seven examples, of the countless others, that will relieve stress. I like New York in June how about You by Burton Lane; My Favorite Things by Rodgers and Hammerstein; Our Love is here to Stay by Gershwin; With a Song in my Heart by Rodgers and Hart