Snowflakes and the Historical Narrative 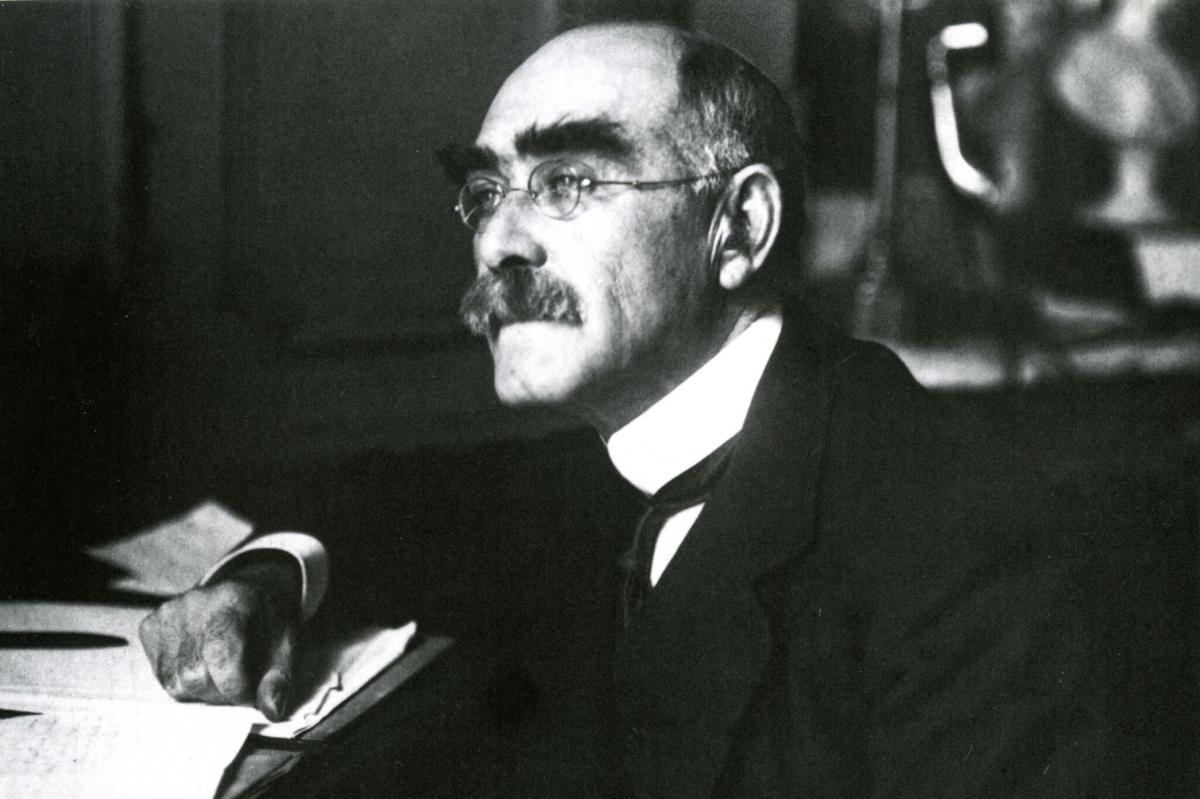 Fools rush in where angels fear to tread where wise men never go, but the pounding of student snowflakes has become an ocean’s roar, a thousand drums, expressing an anti-colonial and anti-racist ideology, in English and in French. This precipitation, pennies from heaven, supposedly aim at washing away the evils of the present political and economic system, and the sinful inequities of the past, in noble principled fashion, irrespective of the existing political regime in France and in Britain. The snowflakes, perpetually infantile, with a mixture of self-righteousenss and hypocritical self-indulgence, lead the heroic march against inequality and social injustice, to save the planet but often are also absorbed by the more ignoble opposition to reform of the educational system.

Protests in France are part of the political culture sparked by the mythology of the 1789 French Revolution with its violence by the people and anti-government social movement. This was simulated by the snowflakes in May 1968, led by Daniel Cohn-Bendit, Danny the Red, protesting, starting at Nanterre University, on the outskirts of Paris, against the educational system, but the 6,000 students were quickly joined by thousands of workers demonstrating on a variety of other issues on the streets of France.

The 73 year old Danny the Red has become Danny the Green interested in ecological issues, but the parallel with student activity in 2018 resembles that of fifty years ago. High school students throughout France may be little concerned with the proposed hike in the fuel tax that led to the gilet jaunes, yellow vests, movement. But they became part of the protest movement and engaged in violent activity, less for noble reason such as opposition to the high cost of living, low wages, the cost of the public sector, the budget deficit, multiculturalism, or concern about climate change, but against proposed educational changes calling for stricter selection criteria for admission to university. This would be a selective system akin to that existing for elite institutons such as the highly selective Grandes Ecoles, especially the Ecole Normale Superieur.

Snowflakes are falling in Britain, conveying the politically correct credo of elimination of memories of  discrimination in the UK imperial past. In their desire to make categorical and apppropriate criticism of colonialism and racism they forgo the opportunity to discuss the past and the compexities of history with open minds, or to examine the opinions and behavior of people in the context of their time.

We are familiar with the Rhodes Must Fall campaign at Oriel College, Oxford to remove the statue of the mining magnate and  colonialist Cecil Rhodes, student at Oxford, prime minister of Cape Colony in the early 1890s, and linked to apartheid style politics in South Africa. A petition to remove all physical recollections of him was signed by 2,000 people.

Irony and hypocrisy are often part of the deluge of snowflakes. The main leader of the protest at Oriel was Ntokozo Qwabe, a black South Afican, who himself was at the College on a Rhodes funded Scholarship, and thought “black lives were cheap at Oxford.” In fact, Rhodes Scholarships, all funded by the legacy of Rhodes, have gone to over 8,000 overseas students. Rhodes did not fall and his statue was not removed, largely for commercial reasons. Oriel feared it would lose £100 million in donations if the statue was removed. Where there’s a will there’s a way. Over £1.5 million in promised gifts was cancelled, and people were disinheriting Oriel from their wills.

Oxford University has been called the home of lost causes and foresaken beliefs. It should also be the setting where myth is disentangled from reality. A new issue concerns Balliol College, Oxford, where the oil painting of 1913 of Lord Curzon was removed from its position in the main hall of the College and replaced by a portrait of Magdalene by a female Balliol graduate artist. Curzon was a brilliant, if arrogant and inflexble, politician and statesman, about whom a doggerel said “I am a most superior person.”

Curzon had been British foreign minister, Viceroy of India 1898-1905, and almost became PM in 1923. But the Balliol snowflake undergraduate and graduates, by vote of 70-12, called for his removal because he was a colonialist. Yet objectively, his record in India was mixed. He was accused of not having done enough as Viceroy to combat the famine in India in 1899-1900 that killed one million, and for partitioning the Indian province of Bengal thus dividing and pitting the largely Muslim eastern part against the largely Hindi western part. However, Curzon attenpted to modernize the society, improved the educational system, built the infrastructure, and saved the Taj Mahal, partly by using his own resources.

The snowflake gale blasted literature. In Manchester University a group of students, without consulting other students, painted over a mural of the poem If  by Rudyard Kipling bcause he had “dehumanised people of color.” It was replaced by the poem Still I rise, written by Maya Angelou in 1978. The proponents of the demolition, explained that Kipling was the opposite of liberation, empowerment, and human rights. He was the author of the poem White Man’s Burden written in 1899 about the Phippine-American war, and above all defender of the British Empire in India.

The snowflakes might have considered two factors. One is that Kipling, born in Mumbai in 1865, may have had regrettable racial prejudices, typical of his time, but was the first English language writer to gain in 1907 the Nobel Prize in Literature. The other is somewhat of an ironic coincidence. Above the player’s entrance to the center court at Wimbledon are two lines from If, giving advice to the competitors, “If you can meet with triumph and disaster, and treat those two imposters just the same.” It is interesting that the BBC issued a video of two great tennis players, Swiss Roger Federer and Spanish Raphael Nadal, reciting the poem, which is actually non-racist.

Students at Bristol University might have considered  the first lines of  Kipling’s If,  “If  you can keep keep your head when all about you are losing theirs and blaming it on you.” At Bristol the students have called for the removal of all references, statues  and plaques to two former citizens and  benefactors. One is Edward Colston who was deputy governor of the Royal African Company which controlled Britain’s slave trade and its gold and ivory business. The Company transported 80,000 slaves from Africa to the Caribbean and America, 20,000 of whom died on the journey. The demand is for all statues and commemorations of him to be erased, “since they are a constant reminder of his inhumanity.” Bristol City Hall has removed all references to him, yet the historical narrative shows that Colston bequeathed his wealth to Bristol charities, and that is evident in the streets and buidings of the city that are named after him.

Colston’s fellow Bristolian, Lord Nugent, is also in trouble. He was MP for the district, 1754-74, and was involved with the African Company of Merchants, slave trading posts in the area that is now Ghana. His portrait, holding a copy of the 1750 Act for the Regulation of the Slave Trade, painted by Thomas Gainsborough in 1760 was removed by the current Green Party mayor of Bristol because of his link to the slave trade, and was replaced by a picture of a young African-American woman, Henrietta Lacks, who died of cancer aged 31 and whose cancer cells were taken and tested and are the source of a cell line.

Most recent and surprising in this snowflake partial examination of history is criticism of Sir Francis Galton, Victorian scientist who wrote 340 scholarly papers, coined the term “eugenics” and funded the chair of eugenics at University College, London, left his personal papers to the University, and who is often remembered for his phrase “nature versus nurture.” The call by snowflakes for the renaming of all buildings at the College honoring Galton has come from those deeply troubled by the history of eugenics research in order to “decolonize the University.” Galton, cousin of Charles Darwin, was a polymath who was interested in a variety of research, suggestion of fingerprints that could be used to catch criminals, and invented the modern weather map, found in daily newsprers today.

The focus of criticism is on his views that breeding people with superior mental and physical traits was essential to the well being of society as a whole. Eugenics is controversial, but Galton was an important thinker and linking him with Nazi programs of exterminaton is a slur. Galton is the father of eugenics, but he was not the founder of Auschwitz. Snowflakes at UCL should examine the heritage of Galton more carefully, and recognize that his work has led to advances in selective embryology, and the elimintion of genetic diseases.

PrevStrasbourg shooting: Terror suspect on the run after killing three and injuring 11 at Christmas market – latest news
The New CensorshipNext