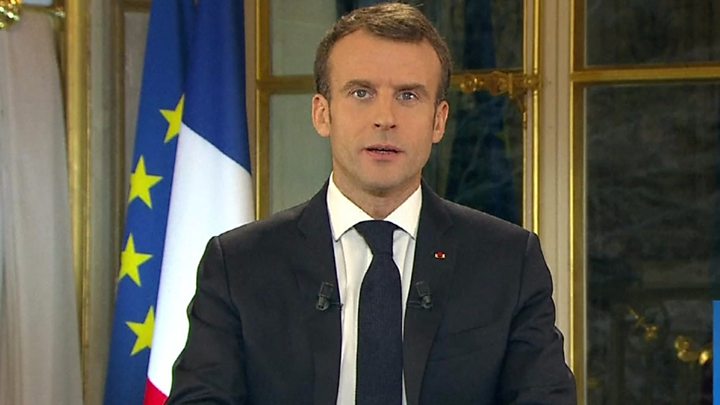 The demonstrations that have shaken France over the last two months are testimony to the power and durability of resentment, by far the most sincere and long-lasting of political emotions. It is easy to stimulate and difficult to assuage. Even when justified, it rarely conduces to wisdom and it swiftly becomes in itself a kind of sour pleasure.

One of President Macron’s unpopular measures that have caused him to fall, Icarus-like, in the esteem of his countrymen, to the point that he is now hated by a majority of them, has been the suppression of the Impôt de la solidarité sur la fortune (ISF), the Solidarity Tax on Fortunes, a tax on the capital of individuals that is said to have driven 60,000 French millionaires abroad, to the detriment of the French economy in general and the French treasury in particular.

What is important about the tax for the French population is not its actual economic effects, but its symbolism. It is more important that it should harm, or at least inconvenience, the rich than that it should benefit the poor. It is a pure expression of resentment elevated into legislation. If it were not, people would be much more inquisitive than they are about its effects.

The name of the tax alone should alert us to the sleight of hand or intellectual dishonesty it represents, of the type that the late Peter Bauer objected to in the term foreign aid. The problem with this term, he said, was that it presumed what needed to be proved, namely that government-to-government disbursements actually did any good. There were a lot of reasons for doubting this, and in fact for believing the opposite: but the very word aid preempted judgment. Who, asked Bauer, could possibly be opposed to aid to the poor or unfortunate, except the callous and the heartless? Never mind that aid propped up tyrants, destroyed local economic activity, promoted corruption and politicized life.

In like fashion, who could possibly be against solidarity? The opposite of solidarity is egotism and indifference to the fate of others. It follows surely that any decent person would be happy to pay a tax that promotes solidarity, and if 60,000 people have fled the country because of it—well, good riddance to them, for they are the kind of people who care nothing for others.

Curiously enough, few people stop to consider the nature of human solidarity. They do not notice that calling a tax a solidarity tax is in effect to outsource solidarity to the state, an organism that is not normally associated with human warmth or concern. Of course, many people who work for the state may show such warmth or concern, but they do so as individual human beings, because of their personalities, not because they are agents of the state. But anyone who wants to see the human warmth and concern of the various departments of state has only to apply for something that it is in their power to grant or withhold. One might as well expect affection from a reptile.

This is not quite the same as saying that the welfare state is wrong root and branch. It would still be open to its defenders to say that, on the whole and all things considered, the welfare state results in a better society than any other kind of state currently known—I don’t personally believe it, but I concede that it is a respectable point of view.

It seems to me, however, that one should not use a word such as solidarity to describe the way the state works, for outsourcing solidarity destroys the very qualities of which solidarity is composed. When I have paid nearly half of all I earn in taxes, why should I have to look after my neighbor as well? And if I receive benefits as a result of state-funded “solidarity,” surely they are only what I have a right to as laid down by legislation and regulations? Real human solidarity must be discretionary and involve actual human feeling. When I visit my elderly neighbor, I do so because I want to alleviate her loneliness and in the hope that she enjoys my company.

A recent poll in France suggested that 77 percent of the population wants the tax on capital to be re-instituted. It is possible to interpret this as a reaction to the destruction of the institutions of real solidarity brought about by economic forces or developments that have occurred almost everywhere, not just in France. Cafés in France, pubs in England, have closed by the thousand, small shops have likewise disappeared in favor of supermarkets or giant commercial centers. Even the minimal, highly-diluted social life that takes place in supermarkets or commercial centers is likely to reduce or die out entirely because of online purchasing. We are approaching the condition described in E. M. Forster’s story, The Machine Stops, in which the whole of humanity lives in isolated underground cells with no face-to-face contact, all human contact being via screens (it is remarkable that he published this in 1912). In France, 50 percent of adult women live alone, or with their children minus their children’s father.

The yellow vests, as they are called, have recreated a sense of real solidarity. To be clear, I am not speaking here of the young anarchists, communists and—perhaps—fascists who are using the opportunity or pretext to smash windows or attack policemen, but of the middle-aged people who block the traffic at provincial traffic island Saturday after Saturday, gathering round tents and bonfires.

It hardly matters for them that their demands are incoherent or contradictory—more public subventions, lower taxes except for the rich. They may want six impossible things before breakfast but, as the late Marshal McLuhan might have put it, the medium is the message. They are in revolt against the atomization of their own lives.

This atomization arises in more than one way. Why are so many of the small, non-touristic towns of France so self-evidently in a state of decay? One of the reasons is that they no longer have a raison d’être