From the Mirror. I missed this little nugget on Sunday, towards the bottom of this BBC report which I never finished.

A Sri Lanka suicide bomber was allegedly radicalised by notorious hate preacher Anjem Choudary while in the UK. Abdul Lathief Jameel Mohamed, 37, was the ‘link’ between Islamic State and the bombers, according to security sources on the island.

He studied at Kingston University and then in Australia and originally his family said that he came back from England his usual self, but returned from Australia very religious and ‘radicalised’.

Several years ago, his family became concerned about his hardline views and enlisted the help of a security official. 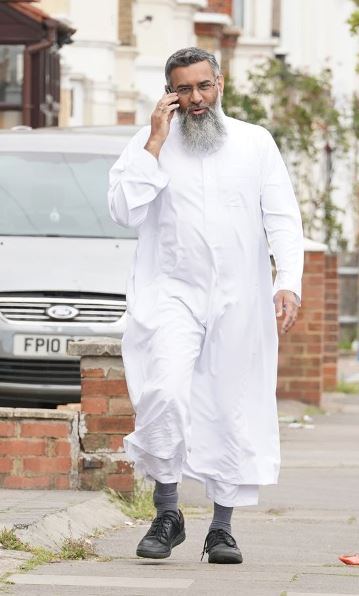 “He was completely radicalised and supported the extremist ideology. I tried to reason with him,” the official said . “When I asked him how he got into this… he said that he attended the sermons of the radical British preacher Anjem Choudary in London. He said he met him during the sermons.”

Kingston University is well-known for hosting hate preachers.  Darling Anjem is out and about at home again. His disciples are being released onto the streets at a steady rate as well.

His licence conditions banned him from preaching at or attending certain mosques, only allowed him to associate with people approved by the authorities and restricted him to one phone.

The measures also barred his use of internet-enabled devices without authorisation, required him to be supervised when on the internet and prohibited him from travelling beyond Greater London’s M25 or outside the UK without permission.

Neither the Mirror nor any other of the newspapers that reported Choudary’s walk to mosque on Friday mentioned which one. There are a lot in Ilford where he lives, as you can imagine. Some of them do seem to be genuinely keen on peace and interfaith projects. But for how long?