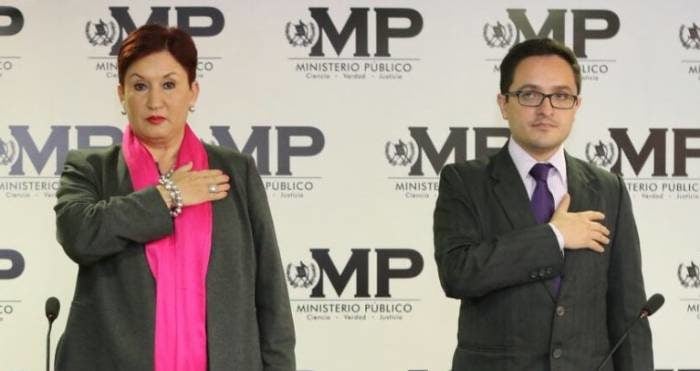 Justice Department (DOJ) persecution of political opponents and protection of allies makes a mockery of State Department (DOS) anticorruption initiatives abroad. Both departments wax lyrical about democracy, but they do not walk the talk. They are integral to the deep state that is destroying the American republic.

A DOS mission of its Bureau of International Narcotics and Law Enforcement Affairs (INL) is “combating corruption and promoting good governance” abroad. Even those who wrote this are unlikely to believe it, and INL head Todd Robinson and the foreigners he deals with know it is false.

INL says corruption “destabilizes countries and impedes good governance. Authoritarian countries and those veering towards authoritarianism increasingly weaponize corruption to perpetuate power at home and undermine democracy around the world.” This describes DOJ and DOS abroad, making the words deceptive and Orwellian.

A DOJ with No Leg to Stand On

People at home and abroad can see the DOJ has broken the law to frame former president and 2024 front-runner Donald Trump. At the same time DOJ protects Joe Biden, Hillary Clinton, and many regime favorites.

Senator Ron Johnson (R-WI) told Maria Bartiromo on Fox Business: “We have seen the politicization of the FBI [and] the DOJ, which has gone into overdrive” under Biden. Johnson said the agencies are not forthcoming with documents he requests: “They do not have credibility, integrity … They do not investigate 2020 riots but complain about white supremacy.”

Representative Jim Jordan (R-OH) told Tucker Carlson that whistleblowers say the “FBI is juicing the numbers and cooking the books. They allege agents are working to open more investigations into so-called domestic extremism to make the threat appear larger than it is.”

As ambassador to Guatemala (2014–2017), Robinson worked closely with former prosecutor general Thelma Aldana and former head of the Special Branch against Impunity Juan Francisco Sandoval. DOS honored Aldana in 2016 with a Women of Courage Award and Sandoval in 2021 with an Anti-Corruption Champion Award. Both are now fugitives from justice in the United States, protected by our purportedly anticorruption government.

DOS has vociferously claimed the Guatemalan government is corruptly persecuting Aldana, Sandoval, and other fugitives because they dared to prosecute corruption. A Casto Ocando Primer Informe investigation in June revealed a diametrically opposite history of the fugitives.

In addition to describing the fugitives’ crimes committed while in their government posts, Ocando reported on their bank accounts. In multiple accounts in Guatemala, the Cayman Islands and with UBS, Ocando says that prosecution reports indicate “Aldana’s fortune surpasses $10 million.”

Ocando reports having seen documents that Sandoval holds nearly $1 million in US bank accounts and about $1.25 million in undeclared bank accounts in Guatemala. Neither Aldana nor Sandoval can justify these amounts of money from their government salaries.

Aldana has been charged with embezzlement and tax evasion and deserves to be investigated for many other crimes. She prosecuted military veterans with Soviet-style show trials. Robinson attended and praised one of the trials. His successor did the same with another.

Sandoval’s most noticeable crime was granting the infamous Odebrecht a release for $18 million on a $384 million claim. The solicitor general filed a complaint to Aldana’s office against Sandoval for usurping authority, and a court has annulled the agreement as illegal.

The Department of Homeland Security sent a criminal referral in 2019 to Guatemala regarding a USAID grant. The recipient NGO used the money to buy bank shares instead of for its intended purpose. Sandoval sat on the case for two years, which the prosecutor general mentioned as a reason for firing him. Sandoval’s successor obtained 13 arrest warrants in the case 10 months later. DOS has no comment regarding its supposed anticorruption champion.

INL states, “Denying corrupt individuals access to the United States and global financial systems sends a strong message about our values.” DOS has done the opposite by protecting Aldana and Sandoval in exchange for executing DOS’s criminal agenda.

Robinson has praised Aldana, Sandoval, and three other fugitive former officials in the United States as “crime fighters.” Robinson said removing Sandoval from office was “a lethal blow to the fight against corruption in Guatemala.” He agreed with USAID Administrator Samantha Power that firing the “anti-corruption champion … is indignant.”

Robinson is likely responsible for a May 2022 letter Secretary of State Antony Blinken wrote to Sandoval. Blinken praised the disgraced fugitive for his “dedication to fighting corruption” and “with appreciation for your leadership.”

DOS and DOJ say the words of democracy while executing antidemocratic, totalitarian actions. We must vote their Democrat partners out of power. Then our newly elected representatives must confront the rogue federal bureaucracy. This includes holding lawbreakers responsible, reducing its size and reach, and making it conform to its constitutional role.