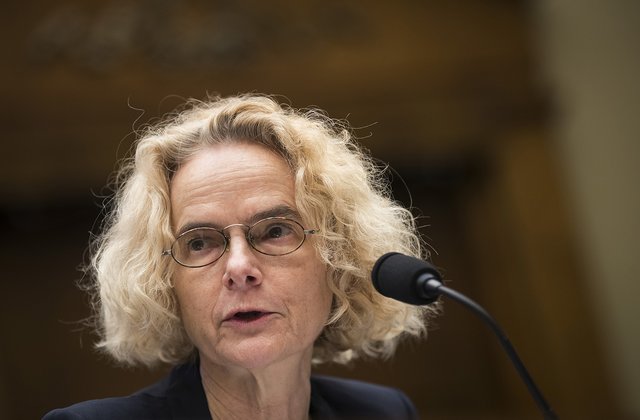 The wish is often father to the belief, never more so when our interests are in play. But even without material interests, we are often so attached to our ideas or theories that wishful thinking easily overcomes evidence that casts, or at any rate ought to cast, doubt on them. No one is immune from wishful thinking, and therefore from special pleading. Not surprisingly, the latter is easier to spot in others than in oneself.

There is a déformation professionelle that is very common among practitioners of the human sciences, namely the tendency to treat the human beings who are the objects of their study as if they were no different in principle from sticks or stones or stars. A striking example of this tendency was published in the New England Journal of Medicine in April this year, in an article titled “Stigma and the Toll of Addiction” by Dr. Nora Volkow, Director of the National Institute on Drug Abuse.

The first thing one might have looked for in an article by the director of the Institute was a certain modesty. After all, the Institute has been witness to a vast increase in the abuse of drugs, leading to hundreds of thousands of deaths, without having been able—notwithstanding claims to advance in the scientific understanding of addiction—to effect improvement in any significant way whatever. No mea culpa is required, but a tone of hectoring evangelism is not very seemly in the circumstances.

Dr. Volkow’s chosen enemies are stigma and the view that human volition has an important part to play in overcoming addiction. Instead, we should regard addiction, particularly to drugs such as heroin and the opioids, as an illness simpliciter. It is in principle no different from, say, Parkinson’s Disease, a devastating neurological condition which to all intents and purposes attacks people at random, at least as far as current knowledge goes, give or take exceptional cases.

Let us first take stigma, something which in Dr. Volkow’s social philosophy is entirely harmful and should be abolished. There is no doubt that stigma can be cruel, unjust, and unfeeling. One of the most obvious examples of this was the stigma that attached to illegitimate children, as if they were responsible for the fact of their own illegitimacy.

But stigma, and hence the fear of stigma, can be beneficial in a social creature such as Man. I want the good opinion of my neighbours, I do not want them to think I am rude or dishonest. Fearing the stigma of being thought so, I try harder to be polite and honest.

Why is stigmatization in the case of drug addicts so wrong, according to Dr. Volkow? Because addiction is a disease, and nothing else. According to Dr. Volkow people resist this idea, and falsely believe “that willpower should be sufficient to stop drug abuse.” After all, if you give drugs to rats until they are addicted, they will pursue them to the exclusion of all else, to their own detriment and even to the point of death. Moreover, you can show that there are changes in their brains by comparison with non-addicted rats.

Thus an addict has roughly the same metaphysical status as an addicted rat. He does what he does because, like Luther, he cannot do otherwise. He is a slave of his biochemistry, he is a Zombie whose master is his habit. To blame him for his behaviour is like blaming a leper for his leprosy.

This is all the most lamentable bilge, of course. When you consider what heroin addicts actually have to do to become heroin addicts it is clear that, at least to begin with, they want to be heroin addicts, it is not something that just happens to them or creeps up on them unawares. For example, they have to learn where to get their heroin, how to prepare it, and how to inject it (most people have an aversion to sticking needles into themselves and have to overcome it). They have to learn to disregard or overcome such side-effects as nausea, which is normally extremely aversive. Most of us would go a long way to avoid nausea. As a matter of fact, most addicts take heroin intermittently for some time before taking it regularly. The expression “hooked” is implicitly a lie; the addict has hooked heroin, not the other way round.

Still, it might be argued that, having become addicted, the addict loses all powers of control, but this too is not so. The experience (among many others) of American soldiers returning from Vietnam, who addicted themselves to heroin while there, proves it. They swiftly ceased to be addicts on their return to the US, notwithstanding all of Dr. Volkow’s neurocircuitous and neurochemical blather.

There is much other evidence to refute Dr. Volkow’s view of the matter, so much of it so elementary and obvious that one would feel almost embarrassed to enumerate it. At the risk of having an ad hominem argument turned against me, let me speculate as to why she (and many others) overlooks the most obvious considerations.

The first, and lesser, reason is that she is defending the interests of the institution of which she is the director. If addiction is an illness, there must be a technical medical solution, a magic bullet awaiting discovery—provided, of course, enough funds are provided to find it. Let us stop stigma and have an increased budget.

The second reason is more nebulous and perhaps more creditable. In a post-religious, specifically post-Christian world, to say of someone that he is largely, or even to a significant extent, the author of his own misfortune is to be thought to be withdrawing all sympathy from him, and to be more or less telling him that he deserves whatever he gets. He is blameworthy and nothing but blameworthy. Therefore, if compassion is to be extended to him, it has to be pretended that his own conduct or choices have nothing to do with his misfortune, and that no question of morality enters into the situation. This is Dr. Volkow’s view.

The Christian view (I say this as a non-believer) is that we are all women taken in adultery, so to speak. If we withdraw sympathy from sinners, and deny assistance to any but those who are completely innocent, we deny sympathy and assistance to the whole of Mankind. In contrast to Dr. Volkow, the person of the Christian outlook does not have to fit the conduct of the addict into a procrustean bed of neurocircuitry and neurochemistry, as if that were all that mattered, thereby draining the person completely of agency. The person of the Christian outlook can perfectly well admit all that neuroscience has to say, but still maintain that questions of morality and character have inevitably to be asked.

In her article, Dr. Volkow emphasises the need for compassion towards drug addicts, and I am sure she is perfectly sincere in what she says. But her urge to compassion seems to me incontinent, a fine example of what Chesterton said that the Christian virtues would become if they were disconnected from Christian belief (at least, disconnected without a great deal of philosophical care). They would run wild, as it were, and do a great deal of harm.

The harm that Dr. Volkow inadvertently does is to turn huge numbers of people from agents and subjects into objects. If she succeeds in persuading, or even half-persuading, them that that is what they are, she has dehumanised them, both for herself and for themselves. If from a great height of authority you tell people that they are helpless, that is what they will become, especially when they derive some kind of self-destructive short-term benefit from being or acting helpless, such as the ability to continue to take drugs in the knowledge that it is not their fault. She thinks it compassionate to treat people in this way (as sometimes, of course, it is, for example when they are unconscious from a stroke). She is so afraid of censoriousness that she would do away with morality—and in the process, with truth itself.