Storming the Capitol and Free Speech 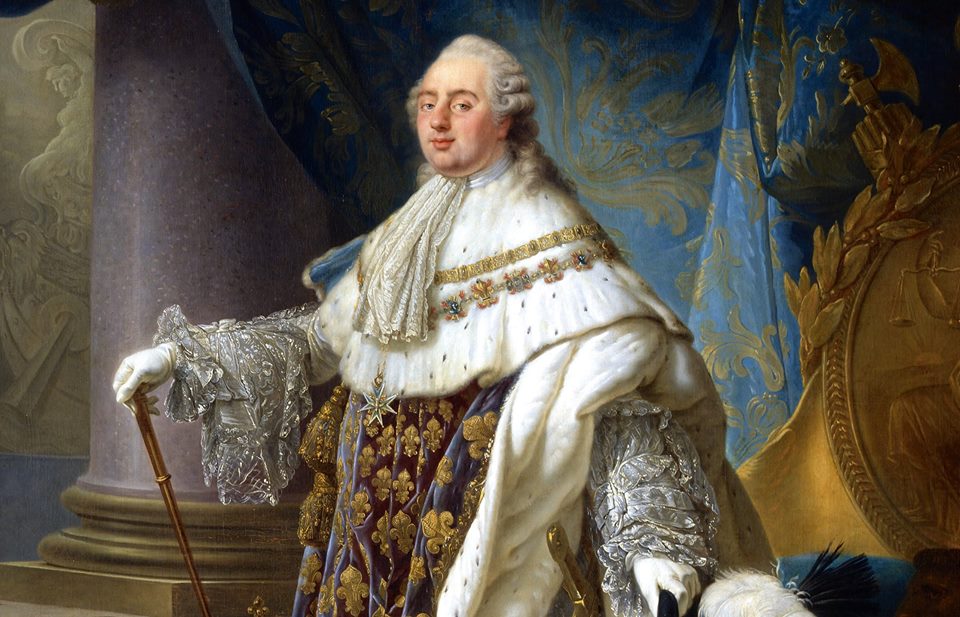 French King Louis XVI in Versailles was awakened in the night by the Duke of Liancourt with the news that a mob had stormed the Bastille on July 14, 1789. He said, “It’s a revolt.” No, replied the Duke, “It’s a revolution.” The Bastille was a state prison, which ironically at the time had only seven prisoners, attacked by an angry, aggressive mob who viewed it as a symbol of abuse of power, and attacked it armed with muskets, swords, and other weapons. The attack was the harbinger of and gave momentum to the French Revolution. Is this a parallel with the storming on January 6, 2020 of the U.S. Capitol by an angry mob protesting the result of the presidential election, fighting the police, carrying American flags and signs supporting President Donald Trump, and delaying Congressional approval of the election of Joe Bidden as president? Trump’s rhetoric appeared to call on his followers to march on Congress, yet at some point during the violence, Trump in a video told his supporters it was time “to go home in peace.”

The storming stunned the country, and indeed the world. It raises a number of issues. Three can be mentioned. Was it an attempt at a political coup, a skirmish in an ongoing civil war, a riot, or the harbinger, as in 18th century France, of revolution? Secondly, to what extent was Trump, who for weeks had been attacking the integrity of the election and urged supporters to protest, responsible for the violence in the Capitol? A third difficult issue is the controversial one of limits on free speech, especially if the speech may lead to violence.

Rigid debate on issues is fundamental in democratic societies and freedom of speech must be encouraged. Open debate is essential, but free speech is not always comfortable, nor is confronting ideas that are objectionable. In the present U.S.  political climate with assaults on law and process, and challenge to the peaceful transfer of presidential power, tolerance for opposing views is limited in supply.

Can false statements be prohibited by U.S. law? There is general agreement that statements presenting a grave and imminent threat can be controlled, but it is not clear that false statements alone present such a threat and are punishable. The Supreme Court in the case of U.S. v. Alvarez, 2012, decided 6-3, was divided. It held that the First Amendment forbids the government regulating speech simply because it is a lie. In this case Alvarez had lied about receiving military decorations, the Medal of Honor, and the SC struck down part of a federal law that made such a statement a criminal offence, stating that the lie was protected by the First Amendment. If the law was sustained, it held, there would be an endless number of subjects to be adjudicated. The present case of the utterances of Trump is made even more legally difficult because social media platforms are not bound by the First Amendment. One of the platforms, Twitter, appears to have decided to take down tweets that it believes are likely to cause harm. The inherent dilemma is that this is a matter of judgment.

This third issue of free speech needs discussion, especially in view of the actions of Twitter after the storming of the Capitol. This social networking service decided on January 8, 2021 to ban permanently messages from President Trump from its platform on the basis there was risk of further incitement of violence. The decision followed two tweets by Trump which Twitter argued can lead to mobilization, including incitement to violence, by some audiences. One tweet stated that the 75 million “great American Patriots” who voted for him will have a giant voice long into the future. The second was that Trump would not attend the inauguration of Joe Biden on January 20.2021.

Twitter interpreted these messages as Trump arguing that the presidential election was not legitimate, and that his refusal to attend inauguration might be a target for future violence.

Everyone realizes that messages by use of Twitter has defined much of Trump’s presidency, and he would not to be able to proclaim his views in this medium. However, the general question is raised. Do technical companies, social media giants, have the right to censor speech or to silence those whose speech may be feared by parts of the population, or if they are said to threaten outbreak of violence?

The ban by Twitter and other organizations is not limited to Trump. A pertinent ban has also been applied to prominent right-wingers. Among them are former national security adviser Michael Flynn, Trump’s attorney Sidney Powell, Steve Bannon, former chief strategist, and possibly former NYC Mayor Rudy Giuliani, who at one point spoke of trial by combat. Interestingly, Rush Limbaugh, perhaps in preemptive action, deactivated his Twitter account of 88 million followers.

Two wider issues are relevant. Irrespective of Trump’s deeds or misdeeds, and the degree of his responsibility for the attack on the U.S Capitol, are the problems of identity politics, and the influence in democratic societies, in the U.S. and Western Europe, of a limited number of large corporations that have replaced religious and secular icons in dominating belief and conduct. It was Antonio Gramschi, 1891-1937, Italian Marxist and founding member of the Italian Communist party, who spoke of the impact of the ideology in a society that maintains the status quo, a “cultural hegemony” that the state rules through consent as well as force. The concept of cultural hegemony suggests the dominance of a shared system of ideas, values, and ethics in a community that has influence and authority over citizens, and that certain beliefs, explanations, values become the accepted cultural norms. In the U.S. it is crucial that free speech and expression, particularly at a time when playing the victim card is popular, be maintained among those cultural norms influenced by Big Tech.

Part of those cultural norms is the increasing importance of  identity politics, which have become, more than the traditional concept  of class, the basis for political affiliation and action, whether liberal or conservative. This has become crucial in decisions on toppling or dethroning figures or activities of the past. A few examples of the dethroning process, largely based on issues of slavery and colonialism, may be considered. Educational institutions in two countries are involved in these decisions.

In England, the Merchant Taylor’s School for Boys, 11 to 18, in Hertfordshire is being renamed in part. Founded more than 450 years ago it is one of Britain’s most prestigious schools, and one of the most expensive at $25,000 a year. It has educated boys who became important scholars, writers, statesmen, celebrities, such as Boris Karloff, Frankenstein. One of the students was Robert Clive who was expelled for one year because of troublemaking and fighting. At the age of 18 in 1743 Clive became a clerk in the East India Company in Madras, a self-made man who rose in the enterprise, and though he had no formal military training became military leader and defeated Mughal forces, especially at the Battle of Plassey 1757. He became the first British Governor of the Bengal Presidency, and became a very wealthy man who looted the treasury and plundered the Indian population. A highly controversial figure, blamed for the mass famine in India and colonialism, Clive checked French ambitions in India, and laid the foundation of the British Empire in India. Back in England, Baron Clive of India committed suicide at age 49 in 1774.

Following current cultural hegemony, the Merchant Taylor’s School states that it wants to avoid association with the foundation of the Empire and has now stripped his name from the house named after Clive. Choosing a non-controversial figure, the Clive House has been renamed John Raphael, former pupil and cricket and rugby player, who died a war hero in 1917.

Barbados has made what it calls “the ultimate statement” of its identity, fully leaving its colonial past behind. It not only removed the bronze statue of Admiral Horatio Nelson, unveiled in 1813 commemorating his victory at the Battle of Trafalgar in 1805, from its place in the main square of Bridgeton, the capital, but also plans to drop Queen Elizabeth II as head of state and become a republic. Nelson had never owned slaves, but he was a vestige of colonial rule, “a firm friend of our colonial system,” and denounced the “damnable doctrine” held by William Wilberforce of the abolition of slavery.

In the U.S., Brown University has been troubled by its historic relationship to slavery and  the transatlantic slave trade. It was surprised that one of its early supporters, the Providence ship captain and commander in chief of the U.S. Navy during  the American Revolution, Esek Hopkins, was also in command of a slave ship, and  that more than a half of the Africans that Hopkins bought on behalf of the Brown family who owned the ship, died from from insurrection, disease, suicide, and starvation. Brown is proposing a living site of memory of slavery, a slave trade memorial, research and teaching on the issue, and a scholarly contribution dedicated to problems of slavery and  to other forms of  historic and contemporary  injustice, and to promotion of human rights.

The search for the right identity in the U.S. is well known. The Virginia Military Institute removed a prominent statue of Confederate General Thomas, “Stonewall” Jackson, where he once taught, after allegations of systemic racism. A statue in the state capital, Nashville, of Edward Ward Carmack, newspaper editor and Senator for Tennessee was toppled in May 2020. He had endorsed the lynching of three black men who had opened a grocery store, and had incited a mob to attack a rival newspaper editor, the black woman, Iba B. Wells. Carmack was killed in 1908 by the son of a political rival in a shootout in the streets of Nashville.

Calculations are that more than 100 Confederate symbols have been removed or renamed. Mississippi got rid of its state flag, and replaced it with one containing magnolia blossom surrounded by 20 stars signifying the state’s status as the 20th state in the Union, and a five point star to reflect the indigenous Native American tribes. It is a reminder that the culture war is still taking place and that inciting a riot should be punished.  It is also a reminder that political tempers should be calmed.