Sudan Prime Minister Hamdok announces abolishing the Bashir Regime National Congress Party, but the reality is he has no power. 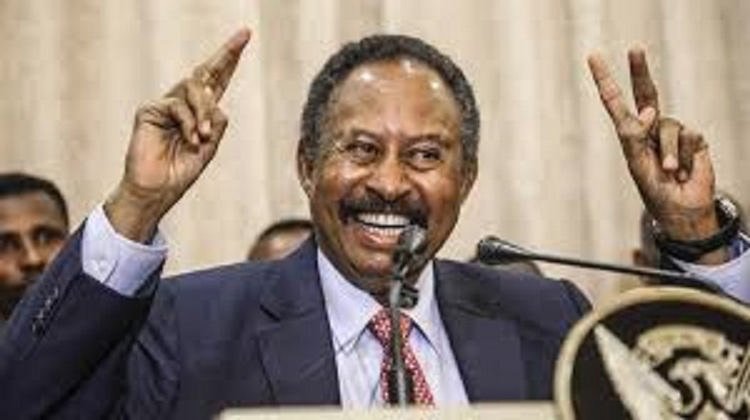 Sudan’s new authorities on Thursday ordered that the party of ousted autocrat Omar al-Bashir be dissolved and his regime “dismantled”, heeding the call of protesters whose campaign led to the leader’s overthrow.

Bashir and his Islamist National Congress Party (NCP) ruled the northeast African country since 1989 before a nationwide protest movement resulted in him being deposed earlier this year.

The country’s new ruling sovereign council and the cabinet led by Prime Minister Abdalla Hamdok made the decision to dissolve the party, approving a law titled “Dismantling of the regime of 30th June 1989”.

“The National Congress Party is dissolved, and its registration is cancelled from the list of political parties in Sudan,” the decree said, adding that a committee would be formed to confiscate all its properties and assets.

“None of the symbols of the regime or party would be allowed to engage in any political activity for 10 years”.

The dissolution of the party was “not revenge” against the country’s former rulers, Hamdok wrote on Twitter.

Born in 1956 in Sudan’s South-Central Region of Kordofan, Abdalla Hamdok holds both a PHD, and MA from the School of Economic Studies at the University of Manchester, UK and a Bachelor of Science from Khartoum University.  He served for over 30 years as a senior economic and policy advisor in various economic development institutions in Africa. Hamdok was Director for the New African Development Bank, International Labor Organization and Chief Economist for United Nations Economic Commission for Africa.  Earlier, he served as a senior official in Sudan’s Ministry of Economics and Planning between 1981 and 1987.

Even though Hamdok is a well-resourced person, his work will be problematic because he will be answering the demands of a power-sharing transitional government divided by six or more political parties, Sudan’s military and Rapid Support Forces/Janjaweed militias. Working with Such a diverse group will be difficult if not impossible, as most of these people are members of the Bashir- NCP regime and committed crimes of genocide and human right abuses in many parts of Sudan.

Some people were optimistic about Prime Minister, Abdalla Hamdok at the formation of his government, believing that he was going to achieve their revolutionary objectives. As time passes, things are slowly unfolding. People began gradually realizing that nothing is changing in Sudan especially in the areas of economic development and justice.  Most importantly the Nile elites still hold power refusing the participation of marginalized people of Sudan. Peace is nowhere to be found as Janjaweed militias continue killing villagers and expropriate their lands grazing animals on farms in Darfur.

In addition to historical injustice and failure to address economic issues, the lack of fuel and long lines of bread made life miserable in the capital Khartoum. With the difficulties of coping with this situation, people began questioning the credibility and capability of Abdalla Hamdok’s government controlled by the former Bashir regimes figures.  Voices began to rise accusing old regime members sabotaging the government and preventing it from progressing. Since the overthrow of Bashir’s regime in April 2019, people continually called for dismantling President Bashir’s NCP, its affiliated organizations, freezing their funds, investigating the dispersal of the protest sit-ins, handing over to the International Criminal Court at the Hague (ICC)  those accused of ethnic cleansing, genocide, and  human right abuses . The idea of handing over those accused of human right abuses to the ICC and investigating members of the Bashir NCP regime on financial corruption is a pipedream.

In the face of Prime Minister Hamdok’s Inability to address these issues and fear of popular uprisings against his government, he put forth this scenario to assuage public opinion. The truth is the current government in Khartoum is unwilling to hand over Bashir to ICC or dismantle NCP organizations. For all practical purposes, Prime Minister Hamdok’s government has no power to hand over Bashir to the ICC or freeze NCP assets.

[i] Lt. General Abakar M. Abdallah is a former Chadian Intelligence officer and Sahel region counterterrorism unit commander.  He is co-author with Deborah Martin and Jerome B. Gordon of Genocide in Sudan: Caliphate Threatens Africa and the World, JAD Publishing, 2017