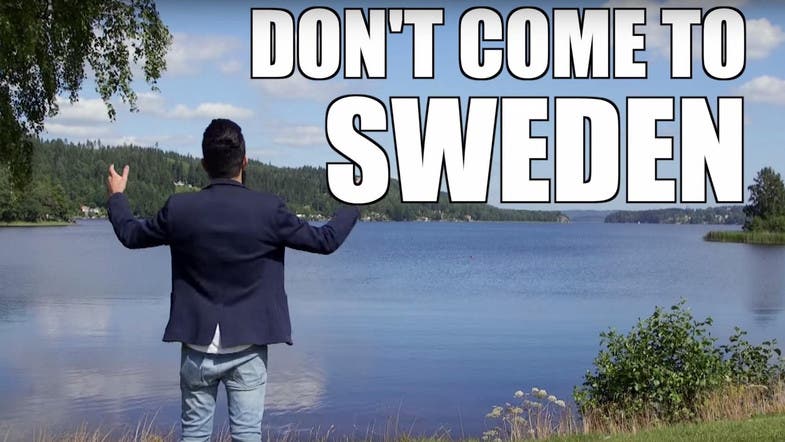 AFP reports that Sweden’s Interior Minister plans to eject tens of thousands of largely Muslim  asylees and migrants from conflicts throughout the Ummah that flooded the Nordic country in 2015, “Sweden plans to expel up to 80,000 asylum-seekers: says Interior minister:”

Swedish Interior Minister Anders Ygeman said Wednesday,”We are talking about 60,000 people but the number could climb to 80,000,” the minister was quoted as saying by Swedish media, adding that the government had asked the police and authorities in charge of migrants to organize their expulsion.

Ygeman said the expulsions, normally carried out using commercial flights, would have to be done using specially chartered aircraft, given the large numbers, staggered over several years.

Sweden, which is home to 9.8 million people, is one of the European Union countries that has taken in the largest number of refugees in relation to its population. Sweden accepted more than 160,000 asylum seekers last year.

But the number of migrant arrivals has dropped dramatically since Sweden enacted systematic photo ID checks on travellers on January 4.

Swedish officials on Tuesday called for greater security at overcrowded asylum centres a day after the fatal stabbing of an employee at a refugee centre for unaccompanied youths.

The alleged attacker was a young male residing at a centre for youngsters aged 14 to 17 in Molndal near Gothenburg on Sweden’s west coast.

The employee was 22-year-old Alexandra Mezher, according to Swedish media reports, whose family was originally from Lebanon. A motive for the attack was not immediately clear.

Her death has led to questions about overcrowded conditions inside some centres, with too few adults and employees to take care of children, many traumatised by war.

Sweden’s Social Democratic government has finally confronted the realities of why it has foolishly let in 160,000 asylum seekers who represent a clear and present danger to this country of less than 10 million wiht a sizable Muslim minority of 700,000.. We have a special guest on this Sunday, January 31, 2015,  Lisa Benson Show, Kent Ekeroth, a Jewish pro-Israel deputy in the opposition Sweden Democrats. For an expression of his  views about support for Israel, see this Times of Israel Interview  with Ekeroth in October 2014, “In pro-Palestine Sweden, far-right Jewish lawmaker embraces Israel.”  You may have seen our NER/Iconoclast posts with videos of Ekeroth’s debate with Swedish Foreign Minister Margot Wallstrom about the latter’s accusations against Israel for “extra judicial killings”. See:“Israel PM Netanyahu Slams Swedish Foreign Minister Wallstrom over Extrajudicial Killings Accusations.” Ekeroth should have lots to say about what prompted the Social Democrats to expel 80,000 Asylees and more about Sweden and other countries like German and Austria in the broken Schengen border less system who welcomed this horde of Muslim refugees and migrants with no ability to vett them.

Our other returning guest is Counterterroism expert, Dr. Sebastian Gorka who will comment on problems of vetting Muslim refugee resettlement in both  Europe and the US. Listen in Sunday at 3pm EST to The Lisa Benson Show and find out what the media is not telling you.