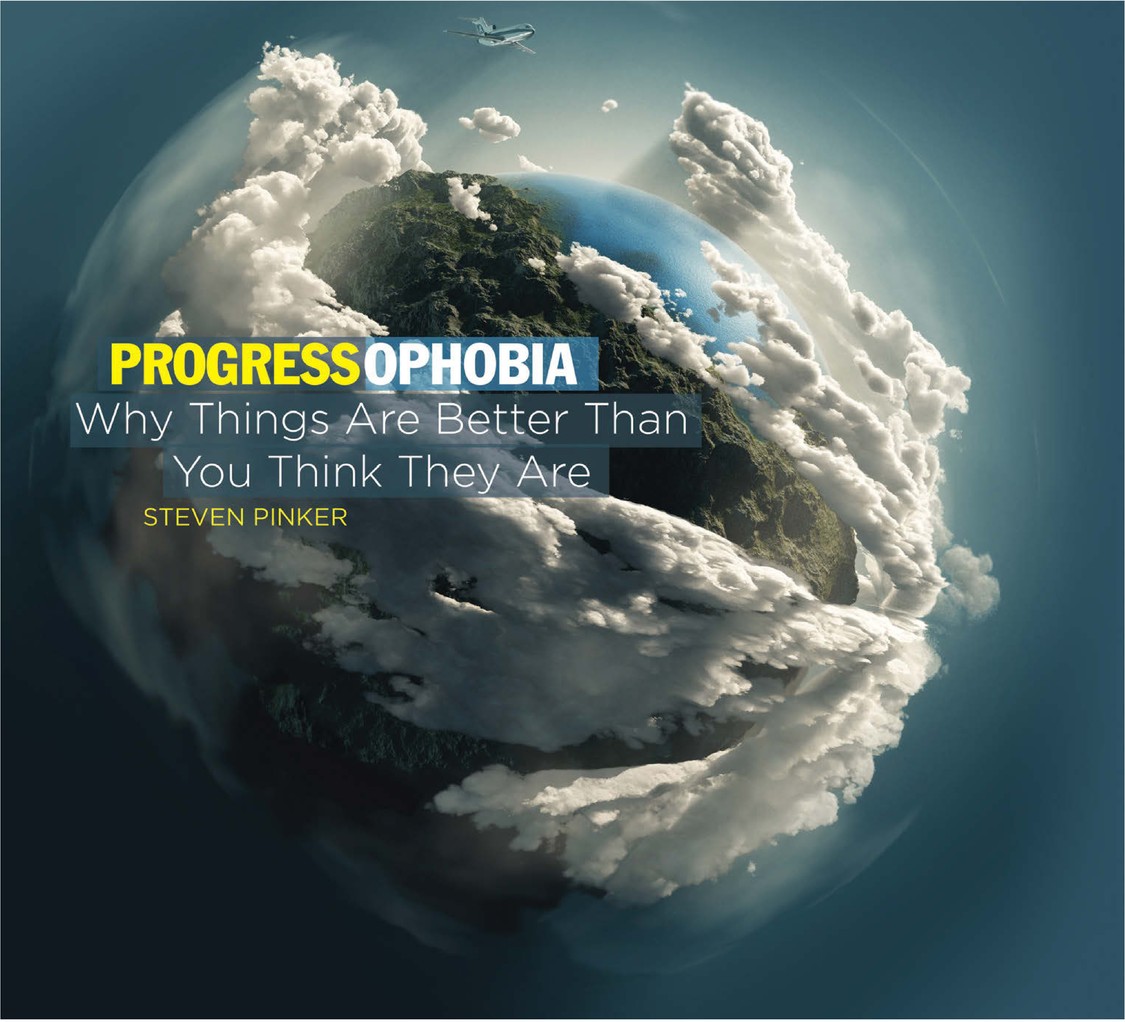 On June 18, 2021, President Joseph Biden singed a Proclamation on Juneteenth Day of Observance, 2021, consecrating the day as the newest American national holiday. It recognized the day in 1865 when enslaved Americans in Texas learned of and celebrated their freedom from bondage, over two years after the Emancipation Proclamation.  The bill incorporating the Biden Proclamation into law was passed unanimously in the Senate and in the House with only 14 opponents. The event took place on a date close to the 100th anniversary of the Tulsa Race Massacre, when a white mob attacked residents, homes, and businesses in Greenwood, the predominantly black neighborhood of Tulsa, Oklahoma, resulting in over 300 being killed.

The President called on the people of the U.S. to acknowledge and celebrate the end of the Civil War and the emancipation of Black Americans and commit ourselves to eradicate systemic racism that still undermines our founding ideals and collective prosperity. The toll of slavery, that Biden called America’s original sin, led to a “long legacy of systemic racism, inequality, and inhumanity.”

This is an impressive and stimulating but circumscribed statement. No one can deny racial inequalities in U.S. life in education, employment, housing, median wealth, home ownership, criminal justice system, and representation in leadership positions. Yet the conclusion of the Biden Proclamation is too cavalier in its criticism of the state of the present U.S. about the existence of “systemic racism.” Everyone understands that the murder of George Floyd was an appalling crime, and that the perpetrator should be appropriately punished. But the protests in the U.S. and abroad indicated not only the anger of American Blacks but also the concern of individuals of all races and backgrounds.

The widespread protests, though sometimes going beyond civil disagreement into violence and chaos, in a sense echo the words of Martin Luther King Jr., uttered in Alabama in 1963, “we are caught in an inescapable network of mutuality, tied in a single garment of destiny.” They also challenge the unqualified criticism that the social system is dominated by white supremacy. One can agree that racist culture continues to exist to some extent but there are also two other factors to be considered: one factor are the changes introduced to counter racism discrimination; the other is to challenge the hypothesis that racial history is the chief factor in the U.S. story and that the existing society is and can be explained as the result of a historic system of oppression and white supremacy.

We are not all guilty. What is most important is an open mind and independent inquiry to consider alternative interpretations of political and social history. The essential problem with using extreme terms such as systemic racism is that it is characteristic of self-righteousness and censorship of opposing views. Those terms are part of the cancel culture war which minimizes reasoned, rational debate. According to the latest Harvard CAPS-Harris poll survey, 64 per cent of respondents indicated there is a growing cancel culture that is a threat to their freedom; 36 percent called it a “big problem.” It has recently been manifested in critical race theory and in calls for defunding police, virtually judging people by the color of their skin, attitudes that have become for some a secular religion affecting education, the arts, media, and politics and limits on free speech.

It is disillusioning to see the impact of cancel culture in two new examples. One is a decision at the prestigious St. Paul’s Girl School in London. It has decided that the top student will no longer be called “head girl” but will be “head of school.” Head girl is too binary a term, and not appropriate for the non-binary students, who in fact account for seven of the 778 pupils. A second is the removal of the statue and memorial of Tobias Rustat, courtier to King Charles II from the chapel of Jesus College, Cambridge. Rustat, 17th century philanthropist was the greatest benefactor of the College, gave Cambridge University Library in 1667 its first endowment to buy the “most useful books,” and created a scholarship at Jesus College. But he is to be removed because he invested in the Royal African Company, though his holdings in the Company constituted only 1.7 per cent of his total wealth.

Rustat is virtually an unknown historical figure but cancel culture has more famous targets. At Churchill College, Oxford a panel of four academics on February 12, 2021, discussed the “Racial Consequences of Winston Churchill.” One member focused on how Churchill was influenced by ideas of white supremacy, the perfect embodiment of it, that he was an imperialist, and that the British Empire was far worse than the Nazi regime. Another member, discussing the Bengal famine of 1943, stated that Churchill had referred   to Indians as “rabbits.” A third argued that white supremacy is still the politics of the day, and the conversation around Churchill as the great leader is focused on delusions. The panel generalized that the removal of statues of past figures doesn’t change hearts and minds; “it doesn’t handle the institutional nature of racism…we have to change the institutions within this country.”

Criticism of lack of perfection in society is perennial. Ralph Waldo Emersion in his PBK address at Harvard on July 18,1867 was aware of the problem and responded in modest fashion; “I will not say that American institutions have given a new enlightenment to our idea of a finished man, but they have added important features to the sketch.  Who would live with the stone age or the bronze or the iron or lacustrine?  Who does not prefer the age of steel, of gold, of coal, petroleum, cotton, steam, electricity, or of the spectroscope?

Critical race theory and anti-racism rhetoric suggests that no progress has occurred, or what the psychologist Steven Pinker has called “progressophobia,” hostility to the idea of progress and a fondness of decline, decadence, degeneration, and doom., exists.  In addition to this concept of a brain disorder that makes addicts incapable of recognizing progress, Pinker even argued that intellectuals hate progress. One can agree that the optimism and the maxim of Pangloss, the tutor of Candide, that “all is for the best in this best of all possible worlds” is inadequate thinking, but also agree that cultivation of one’s garden should exclude excessive idealism. Yet though there are differences and misunderstandings over the definition  of the concept of progress, the advancement of humanity, in material, physical, or moral terms, it should be cultivated in a non-extreme fashion, aware that change, personal and social, has occurred.

The need is urgent to challenge the message and injunction in a recent video hosted by the Washington Post in a podcast series. It suggests that people segregate themselves into groups to discuss how white people have harmed people of color over history, and that it is important for white people to feel a period of deep shame for being white and acknowledge the harm their ancestors have caused. In this proposal, whiteness has negative connotations, and is equated with guilt and shame.

It is refreshing that not all are cowed by this version of cancel culture, and are prepared to challenge the self-defined concepts of diversity and inclusion, and refuse to be silenced. In June   2021, the artist Jess de Wahls, originally from Berlin and now in London, and now a center of the international textile arts, was cancelled by the Royal Academy gift shop because of her “transphobic views.” In 2019 she had uttered a few words, “I cannot accept people’s unsubstantiated assertions they are in fact of the opposite sex to when they were born.” One need not take any position on her transphobic views or of the complex concept whether the idea of sex is a construct or a biological reality, to recognize that Wahls has been censored, and that she is justified in suing the Academy for its censorship.

The case of Wahls is another example of the debate on whether, in any judgement of an individual, to separate the art and the artist.  The issue is central to counter the prevalent situation of cancel culture that the worth of an artist is ascertained not by the quality of the work of the artist, but by zealous cancel culture warriors.