Terror and the Teddy Bear Society

Even the arrests after each attack give comfort to the enemy, which can act with impunity even if known. 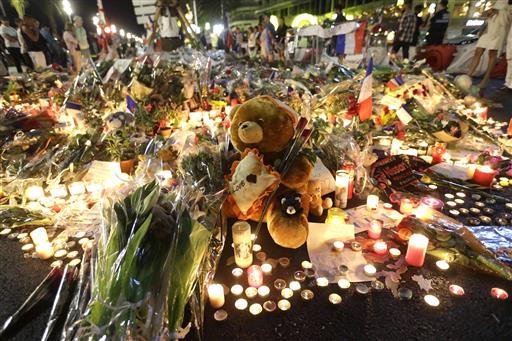 The only man I ever met whose ambition was to be a suicide bomber was an inmate at the British prison where I worked as a doctor in the 1990s and 2000s. He was a career criminal of very nasty propensities whose father was Arab and mother English. He had reached his 30s, the age at which criminals usually turn away from crime in favor of something better—in his case the killing of as many infidels as possible, along with himself.

Coming to religion is one reason, or pretext, for abandoning crime. In the prison there was much more Islamic evangelism than Christian. I would find Qurans and Islamic pamphlets in drawers, insinuated there by I knew not whom, but never Bibles or Christian pamphlets.

I interpreted religion as the means prisoners used to rationalize giving up common crime while at the same time not feeling defeated by, or having surrendered to, the society around them—for they knew conversion to Islam gave that society the shudders.

The problem for the security services, however, is that there is no invariable profile, social or psychological, of the Muslim terrorist. Nor is there a kind of economic lever that can be pulled so that, with better material prospects, young Muslims will be less attracted to terrorism. There have, it is true, been no-hopers among the terrorists, but there have also been medical students and doctors. There was nothing (except himself) impeding the recent Manchester bomber from having a normal or even a highly successful career. As Prime Minister Theresa May rightly said after the most recent atrocities in London, what the terrorists have in common is an ideology. She rightly called it evil, but it is also stupid: It makes the Baader-Meinhof Gang look like Aristotle.

An ideology, however stupid, is not easy to destroy; believing six impossible things before breakfast is almost par for the human course. One obvious thing to do would be to strangle the foreign funding of so much Islamist activity in Britain. That is no doubt complicated in many ways, but no British government, solicitous of trade relations, has dared even try. The British economy is precarious, and it is difficult to be strong when your economy is weak.

Instead, we have gone in for what a Dutch friend of mine calls “creative appeasement.” Authorities make concessions even before, one suspects, there have been any demands for them. Thus, a public library in Birmingham, one of the largest known to me, has installed women-only tables, a euphemism for Muslim women only. Whether there was ever a request or demand for sex-segregated seating from Muslims is probably undiscoverable; truth seldom emerges from a public authority. But the justification would almost certainly be that without such tables, Muslim women would not be able to use the library at all.