The annihilation of the Yazidi is continuing, but we say nothing

ISIL is waging a war of terror against the people they formerly slaughtered and enslaved, namely the Yazidi people of Iraq 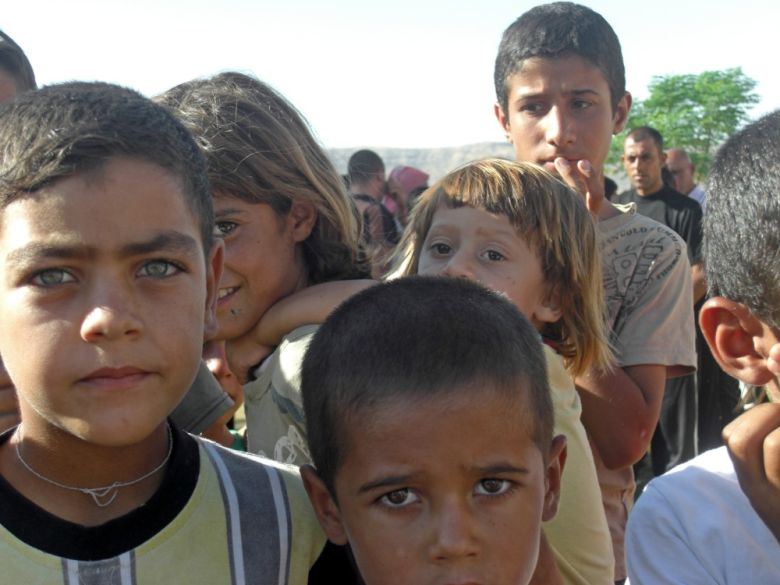 A coalition of countries led by the United States, including Canada, has been fighting a war in Iraq and Syria for the past few years. We are supposedly fighting for and with our allies — the government of Iraq and the semi-autonomous Kurdish Regional government of northern Iraq (which has its own army called the Pesh Merga) — toward the common goal of the military defeat of ISIL (the Islamic State of Iraq and the Levant).

ISIL no longer formally holds any territory in Iraq or Syria, but like the defeated Confederate forces who formed the Ku Klux Klan after the American Civil War, they are waging a war of terror against the people they formerly slaughtered and enslaved, namely the Yazidi people of northern Iraq, an indigenous monotheistic group who have been the near-exclusive target of the ISIL jihad since their invasion of northern Iraq (Mesopotamia) in the summer of 2014.

In early June, “defeated” fighters of ISIL, so many of whom have found safe haven in UNHCR refugee camps and across the countryside of Iraq and Syria, began a campaign to burn Yazidi farms so that the few remaining Yazidi still living in their homeland in northern Iraq will have nothing to eat.

Yazidi report that Arab terrorists have singled out Yazidi farms for destruction by fire. Today 90 per cent of the wheat and barley farms still under Yazidi cultivation in northern Iraq have been destroyed. The militia of the Kurdish Regional Government (KRG) have been unable to stop these terrorist attacks, nor have they pursued and arrested their perpetrators.

When ISIL invaded the Yazidi homeland of northern Iraq in 2014, the KRG also did nothing. Its Pesh Merga deserted en masse, in what in retrospect looks like a well-co-ordinated retreat from their promise to defend the Yazidi whom they had recently disarmed. To make matters worse, Yazidi report that former Arabic-speaking members of ISIL in Iraq have recently joined the KRG as an armed fighting group under their authority.

Yazidi lament that the KRG has consistently siphoned off much of the international aid that was earmarked to support Yazidi refugees. The coalition forces, our forces, will have to act independently to help the Yazidi when they find the political will to do so.

Meanwhile, since 2017, the World Food Program (WFP) has been run by an American, David Beasley, a former governor of South Carolina. The WFP has not yet commenced a massive food relief program for the Yazidi. Beasley should begin that effort now.

There have also been recent fires at IDP refugee camps in Duhok, within Kurdistan, that have targeted Yazidi families, leaving many homeless and with no possessions. The KRG could not prevent these attacks, nor has it gone after the perpetrators within this territory, which it claims to exclusively control.

When the Pesh Merga of the Kurdish Regional Government deserted Yazidi land during the summer of 2014, a different Kurdish group that is at odds with the KRG entered Yazidi land. These are the PKK, the Kurdistan Worker’s Party, a Marxist-inspired national liberation group that for decades has been fighting a guerrilla war against the Turkish state from the Syrian border, and from within the borders of eastern Turkey. Their goal is the establishment of an independent or at least autonomous Kurdistan within Turkey.

During the past six months the Turks have carried out air attacks in northern Iraq against the PKK, who are dug in, in tunnelled redoubts across Yazidi land. When the Turkish fighter jets arrive, they kill the Yazidi on the ground while the PKK fighters find protection in their newly tunnelled mountain hideouts. These are off-limits to the local Yazidi.

NATO countries, including Canada and the United States, hold the PKK to be a terrorist group, yet at the same time they do not challenge Turkey’s clandestine support of Islamic terrorists in the Middle East, like Hamas and Hezbollah, who regularly attack Israel, turning a blind eye to the fact that Turkey is a NATO state and our supposed ally.

Three young Yazidi women were threatened by their Muslim neighbours and feared that they would be kidnapped and their organs sold to criminals in Turkey, where they would die from the operations

The rape and enslavement of Yazidi women by the “former” forces of ISIL continues privately. There are still 3,000 Yazidi women missing and many are held in captivity by ISIL families in Syria, Iraq and Turkey. Celebrity lawyers like Amal Clooney are doing their best to keep this in the news.

Yazidi girls and boys have been trafficked and sold to slave traders in Turkey, who then harvest their organs for illegal transplants to sick patients. The children do not usually survive the operations. The perpetrators include “former” members of ISIL in hoc with criminal gangs in Turkey, whom the state does little or nothing to apprehend.

Recently, three young Yazidi women escaped from a UNHCR camp in Syria. They managed to get back to northern Iraq and told their Yazidi relatives there that in the camps they were threatened by their Muslim neighbours and feared that they would be kidnapped and their organs sold to criminals in Turkey, where they would die from the operations.

The Yazidi in the newly created UN refugee camps in Syria are terrified to identify themselves as Yazidi to the UN authorities for two reasons. The first is that most of their neighbours are former ISIL supporters and fighters. The second is that the local staff of most of these UN camps are drawn from the wider population of Syria and Iraq’s Muslim majorities, either Kurdish or Arabic speakers, who have a disdain for the Yazidi that is similar to the Confederate hatred of African-Americans.

Last March, Yazidi community leaders met with senior representatives of the State Department in Washington, urging them to go with them to the refugee camps of Syria and the IDP camps of Iraq as Yazidi are able to successfully identify other Yazidi who must hide behind a faux Islamic identity that they have adopted to protect themselves from persecution. Yazidi desperately need their own refugee camps for their own protection, but the coalition forces do not advocate this simple and obvious humanitarian intervention. The State Department has not responded.

As Canadians it is our moral responsibility to do so, while determining what more we can do to stop this ongoing annihilation of the Yazidi

Canada is at war in Syria and Iraq. We have boots on the ground there and earmarked just under $400 million for our military to fight there during the past two years. The Canadian government, our government, continues to give the state of Iraq millions of dollars of development assistance each year. In light of their systematic mistreatment of the Yazidi, we must ask why?

The Yazidi are the indigenous people of northern Iraq who were there centuries before the rise of Islam in Mesopotamia, what the modern Arabs call Iraq. Why should we not demand of the Iraqi Kurds and Arabs that they make amends to the Yazidi in the same way that Canadians are trying to make amends to this land’s Indigenous people? As Canadians it is our moral responsibility to do so, while determining what more we can do to stop this ongoing annihilation of the Yazidi. There is an election coming up soon in this country and we must ask our leaders this question, in public and loudly.

Geoffrey Clarfield is an anthropologist-at-large.