The British Left Must Get it Right on Russia 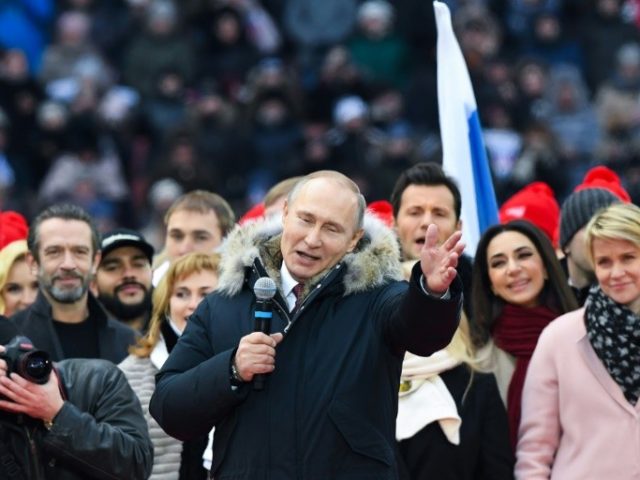 The nerve gas agents in Britain keep coming, the deadly chemicals are flowing, can the UK and the West in general weather the storm? Are Russian actions now more dangerous than Islamist terrorism? It isn’t surprising the temperature of relations between Russia and the West is not rising, making it cold outside, as the Kremlin engages in a campaign of disinformation, denial, distraction, and threats to deny any involvement in the use of military-grade nerve agents against Russian defectors living in Britain.

British Prime Minister Theresa May and members of her government have declared that Moscow is culpable for the poisoning of the former Russian spy Sergei Skipal and his daughter Yulia in Salisbury on  March 4, 2018, and among other actions expelled 23 Russian diplomats based in London. President Donald Trump also denounced the Russian government for violating international law. President Vladimir Putin, alleging he only found out about the tragedy from the media, denied the allegation, saying that Russia does not have such nerve agents. Russia, he said, had destroyed all of its chemical weapons under the supervision of international organizations, and did it first.

Russian spokespeople provide alternative explanations for the Salisbury incident as well as for other attacks. The UK did it to fuel anti-Russian sentiment. The U.S. did it to destabilize international relations. The nerve agent, Novichok, came from either the Czech Republic, Slovakia, or Sweden. It could even have come from the prospective mother in law of Yulia Skripal, one of the victims in Salisbury.

President Trump, apparently defying the advice of his aides, and Jean-Claude Juncker, head of the EU Commission, have both offered congratulations to Putin on his reelection as President of the Russian Federation on March 18, 2018, and intimated possibility of meetings with the Russian leader in the not too distant future. These overtures, which do not endorse the election result, however are different in degree from the attitude towards Russia of Jeremy Corbyn, leader of the British Labour Party.

In his 1940 essay, Inside the Whale, George Orwell berated the different political writings of his time, and asserted that “so much of left-wing thought is a kind of playing with fire by people who don’t even know that fire is hot.” His witticism is amply borne out by the equivocation and feeble response, of Corbyn on responsibility for the nerve gas attacks in Britain. Every plausible explanation is that Russians, if not ordered by Putin himself, were behind the attacks.

Corbyn suggested that the British government not “rush ahead of the evidence” and should wait for more evidence before imposing any further sanctions aganst Russia. Even if the weapons were made in Russia, and originally manufactured by the Russian state, he argued, there has to be an absolutly definitive answer to the question: from where did the nerve agent come? It could be someone else other than the Kremlin.

In view of recent films and plays relating to the lionhearted, unambiguous role of Winston Churchill in World War II it is enticing to imagine Corbyn as PM in 1939-40. We would then perhaps know that Adolf Hitler was not responsible for Nazi bombing attacks on UK towns, Coventry, Plymouth, London. The assaults may and probably did come from a rogue element in the Luftwaffe who were interested in discrediting  Hitler and wanted to bring a real tough ruler to power. Allegations that Hitler was responsible was a smear campaign by the Jews who were trying to damage the reputation of the Nazi regime.

An appropriate response to the Russian denials of implication in the attempts was the reply  given on December 22, 1944 by Brig-General Anthony McAuliffe, Commander of the U.S. 101st Airborne Division defending Bastogne, to the German emissaries wanting him to surrender. The reply was simple, “Nuts.”

Corbyn’s hesitation to acknowledge Russian concealment of the truth, and his view there was no definite answer to the question of the source of the nerve gas used in attacks in Britain do not make him Putin’s “puppet.” But they are indications of the weak foreign policy characteristic of the Labour leader during his career and its present danger. This weakness has been exhibited by some of Corbyn’s supporters such as the far leftist Seamas Milne, Corbyn’s director of communications, who doubts that Russia was behind the Salisbury attack.

Corbyn has been critical of the foreign policy of the U.S. and the West on most issues.

He has been selective, sometimes forgetful, in his choice of associates and meetings with controversial figures. His judgment on Middle East affairs follows a similar pattern. Only recently was it divulged that Corbyn belonged to a secret 3,200 member Facebook group called Palestine Live that posted antisemitic comments, conspiracy theories  about the Rothschilds and Israeli involvement in 9/11. He claimed he was signed up without his knowing, and that he himself did not post any antisemitic comments. It is revealing that Prime Minister May, chairing the National Security Council to discuss vital security issues, did not invite Corbyn, the leader of the opposition.

This weakness of the British Left is important in the present context when UK has to face up to the use by Russians  of chemical weapons and nerve gas against residents in Britain, and has, as does the U.S. to deal with two other crucial issues: Russian meddling in Western elections; and Russian military policies as a major power with a large nuclear arsenal now that Putin has been reelected at the presidential election by 76.6 % of the vote.

The U.S. and Europe have to face the reality of Putin’s election. In his speech in Central Moscow  on March 1, 2018 on the situation in the country, Putin made clear his challenge to the U.S. whose attempt to curb and control Russia he said had failed.

Putin was critical of the U.S. directly and indirectly for a number of reasons. He blames the U.S. for withdrawing in June 2002 from the antiballistic missile treaty signed in 1972, the cornerstone of international security. He is critical of U.S. large scale military exercises in Eastern Europe. He asserts that Trump has introduced restrictions and sanctions that are illegal from the standpoint of international law.

Most important, Putin boasts of Russia’s powerful  economic and defense potential. The country has 7,000 nuclear weapons and 2,000 missiles to deliver them. Russia can defend itself by new generations of weapons and technology. The modernized nuclear arsenal includes the intercontinental RS-28 Sarmat missile which is able to fly 6,8000 miles with a payload of 15 warheads, a nuclear powered cruise missile that can reach the U.S., a hypersonic missile, Kinzhal, that can travel at more than ten times the speed of sound, a stealth fighter the SU-57, a RS-26 ballistic missile, Avangard, and drones launched from submarines. Putin claims that Russian nuclear weapons can evade U.S. antimissile defenses.

Trump has congratulated Putin on his electoral victory but he is no ineffectual Jeremy Corbyn. He must understand, as the British leftist does not, that Putin must be prevented from sowing disorder in the U.S. as in Britain. He must be aware that Putin is concealing nuggets of truth in a haystack of prevarications, fabrications, and misdirections. But if  Putin is unpredictable he is not irrational. He has not been more aggressive in Ukraine, largely deterred by U.S. and Western sanctions and military preparations. Putin, in his speech on October 30, 2017 at the unveiling in Moscow of the Wall of Grief, a memorial honoring the victims of Stalinism, said that the terrible past cannot be erased from the national memory, and cannot be justified by anything.

Both President Trump and Prime Minister May, if not Jeremy Corbyn, are conscious of the danger of Russian nuclear weapons, shown in videos of warheads aimed at Florida, and its cyber warfare. Both are equally aware of the need to de-escalate any nuclear arms race with Russia. This calls for two things: more reprisals against and checks on Russia; but also dialogue with Russia and practical cooperation on controversial issues including Syria, Yemen, international terrorism, and limits on an arms race. It is too optimitic to expect no tears, no fears, but there is always tomorrow.