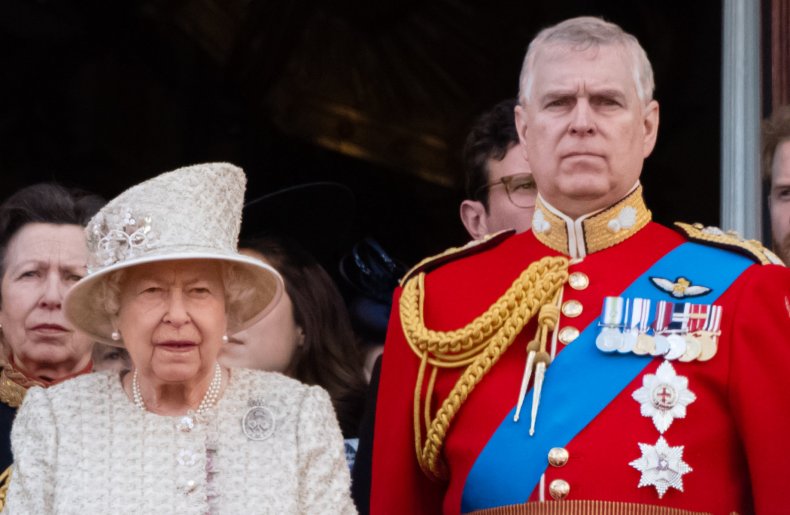 All happy families are alike; each unhappy family is unhappy in its own way.

This is the year of the Platinum Jubilee, to celebrate the 70 years of Queen Elizabeth II on the throne and her renowned custodianship of the position. In the twilight of her reign, she has had to make difficult, agonizing decision. The most poignant, one between monarch and mother, has been to force her second son Prince Andrew not to use his title as HRH, His  Royal Highness, and to strip him of almost all of his remaining military and charitable  affiliations. Dynastic preservation won over flesh and blood. Andrew therefore faces the forthcoming sex case   against him in U.S. civil courts as a private citizen, not a royal person.

Queen Elizabeth has remained popular in Britain, so has opinion about the British hereditary monarchial system. She had been reluctant to wield the axe in dealing with Andrew, but finally acted to preserve the institution of the monarchy itself, which today rests on its performance as a unifying factor in British life. A hereditary monarchy however is a lottery, sometimes generating competent and fitting people, like Elizabeth II herself, but sometimes leading to less gifted or appropriate individuals, black sheep of the family. Three may be briefly mentioned. Peter Philips, son of Princess Anne, daughter of the queen, who received large sums from a Chinese company,  Bright Dairies to appear in a milk ad in which he is described  as a member of the British  Royal Family. California resident Prince Harry has stepped back from royal service and feels “trapped” by the Royal Family about whom he has spoken in dubious inside stories. and its “genetic pain and suffering,” but who is comfortable in his nine bedroom and 16 bathroom mansion, and is still sixth on line to the throne; and there is Prince Andrew who is ninth in line to the throne.

Queen Elizabeth on January 13, 2022  finally wielded the axe on Andrew to preserve the institution of the  monarchy. She stripped Andrew of almost all his military titles and patronages, and above all no longer to be styled HRH, His Royal Highness, or use the title in any  official capacity, though he maintains it. The title of HRH, denoting the higher ranking of some members of the Royal Family, had been previously stripped from the Duke of Windsor,  Princess Diana, the Duchess of York, Sarah Ferguson  and the Sussex duo, Harry and Meagan.

Andrew will face his sex case in a U.S. civil court as a private citizen.  Andrew had failed to persuade the New York court Judge Lewis Kaplan to dismiss the civil suit in which he is accused of having sex with an underaged person, and his lawsuit was dismissed on technical grounds, this leaving him to face trial in the fall.

Andrew maintains some affiliation including Colonel of the Grenadier Guards, vice Admiral, and member of the  Order of the Garter, the most prestigious order of chivalry.

But he will not undertake any public duties. His many patronages, functions that bring publicity to a cause or service, will be redistributed to other members of the Family.

He will probably have to pay, as officials have done so far, for police protection, which costs $2.5 million a year.

Andrew, with his controversial activities, friendship with Jeffrey Epstein, sentenced for soliciting a minor for prostitution, his combining pleasure, often sexual, with business on official overseas trips, and his poor judgement as in meeting with the son of Colonel Ghaddafi, has been a major source of unhappiness at Buckingham Palace. Not surprisingly, Andrew was dubbed “Air Miles Andy” because of his lavish spending. There is still a mystery about all the source of his wealth.

Can the Royal Family be happy as well as useful? There is general feeling in Britain that, after the reign of Elizabeth, the monarchy will be safeguarded and the reputation of the Royal Family saved from the recent scandals, by Kate Middleton, Duchess of Cambridge, and future Princess of Wales and then Queen, and future global star. Now aged 40, she entered the Royal Family, marrying Prince William, second in line to the  throne, in 2011.

In contrast to Prince Harry and Prince Andrew, Kate showed her caring and sensitive behavior in hugging Holocaust survivors she had photographed. In January 2020, on the 75th anniversary of the end of World War II,  the Duchess announced she had taken photos of two of the last survivors in Britain of Nazi concentration camps. The photos were displayed, and she physically hugged the survivors, at  the Imperial War Museum in London which was featuring contemporary portraits of Holocaust survivors and their families. Kate remarked it is vital that the memories of the survivors are preserved and passed on to future generations so that what they went through will never be forgotten. She spoke of the “harrowing atrocities of the Holocaust which were caused by the most unthinkable evil  which will forever lay heavy in our hearts.”

Kate’s father-in-law Prince Charles has followed in her footsteps and showed similar and equal sensitivity. He commissioned portraits by seven British artists of seven Holocaust survivors, the last survivors, still alive in Britain. The portraits will go on display at Buckingham Palace where they will appear in the Queen’s Gallery and become part of the Royal Collection.

Charles, who is a patron of the Holocaust Memorial Day Trust, explained that this special collection “will be a guiding light for our society, reminding us not only of history’s darkest days, but of humanity’s interconnections as we strive   to create a better world  one where hope is victorious over despair and love triumphs over hate.” The lessons of the Holocaust, Charles said, are still “searingly relevant.” These Holocaust survivors endured concentration camps and were enslaved as forced laborers. On another occasion Charles said, “The task of bearing witness falls to us. This is our time when we can, each in our own way, be the light that ensures the darkness can never return.”

This concern for the fate of Jews is not new in the Royal Family. Prince Charles’s grandmother, Princess Alice, mother of the late Prince Philip, was born deaf in Windsor Castle and was British though she married a Greek prince. She had an unhappy life, suffering from mental and physical illnesses, and was for a time schizophrenic and a patient of  Sigmund Freud. Moreover, in World War II she was in a difficult position, with one son, Philip, future husband of Elizabeth, fighting in the British Royal Navy, while two sons-in-law were fighting for Germany.

The Talmud is right, whoever saves one Jewish life is as if they had saved the entire world. Princess Alice’s notable achievement was to shelter a Jewish woman, Rachel Cohen, in her own home in Athens during the Nazi occupation of Greece. Belatedly in 1993, Alice was given the title of Righteous among the Nations at Yad Vashem Holocaust Memorial. At a ceremony there where a tree was planted in her honor, Prince Philip said, “I suspect it never occurred to her that her action was in any way special.” But it was special. Alice’s action is not only remarkable, defying the Gestapo, but exceptional in view of the fate of Jews in Greece. Of the estimated 72,000 Jews in Greece, about 60,000 died, 83-87%, during the Nazi occupation. Of the 43,000 Jews in Salonika, over 40,000 were murdered.

It remains to be seen if 2022 will be a happy Platinum Year. Certainly, Queen Elizabeth acted wisely in stripping Andrew of his HRH title for fear that not doing so would harm, even destroy the Firm, the Royal Family.