The Costs of Leniency 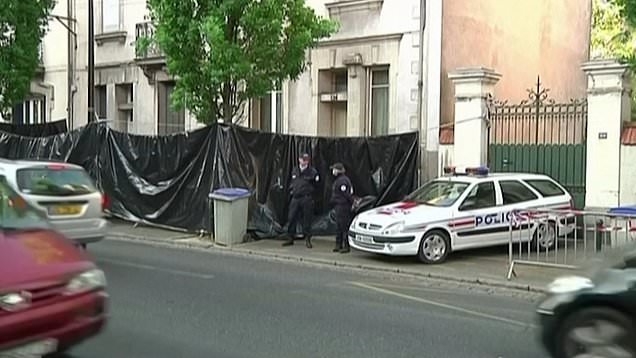 The leniency of British penal policy might be defined as the means by which crime’s financial costs to the middle-class taxpayer are limited while its costs to the quality of life remain where they arise: among the relatively poor. For example, in a town not far from mine in England, a man who lived in ‘social’ housing was sentenced to life imprisonment (meaning, for once, prison was where he would stay for the rest of his life) only after his third killing, having served a grand total of five years for his first two.

It comes as a strange kind of consolation to know that this idiocy, this indifference to brutality that poses as generosity or liberality of mind and spirit, exists on the other side of the Channel.

A man aged 37 called Nicolas Alba was recently arrested on a charge of rape of a 22-year-old woman. He abducted her at knifepoint, raped her, and threatened to kill her and her family if she went to the police. Forensic evidence supports the charge, which he admits. He says that he now regrets what he did.

It turns out that Nicolas Alba was known to the police. In 2010, he was sentenced to 20 years in prison for having killed a woman aged 79 in the course of a burglary two years earlier. He stabbed her 82 times while she was in bed. He was under the influence of alcohol, cannabis, and other drugs at the time, and while he acknowledged what he had done, he expressed surprise that he had stabbed his victim so many times. He thought it was “only” fifteen. He told the gendarmes that he feared she might recognise him.

After he killed her, he spent an hour searching her flat and took about $200, some jewellery, and her credit card, with which he tried to withdraw money from an ATM. He explained his conduct as an expression of his sorrow at the death of a nephew, murdered by his sister’s boyfriend. ‘All the anger that was in me came out,’ he said. A psychologist told the court that there might be a symbolic connection between the taboo against killing a child and that of killing an old woman.

He was released conditionally in 2020, supposedly under supervision. Two psychiatric and other reports had concluded that the risk of reoffending was low; he had behaved himself while in prison. He had also abided by his conditions of release, as far as anyone could tell, which were then relaxed.

The point, surely, is not that the psychiatric and other reports were mistaken, almost laughably so were it not for the tragic consequence of their erroneousness: it is that they were called for in the first place. For if a man can do what Nicolas Alba did and not thereby forfeit his right to live ever again as a free man in society, it is difficult to know what someone would have to do to forfeit that right.

The whole episode exhibits the intellectual and moral confusion behind penal policy both in Britain and France, presumably under similar doctrinal influences.

The overarching error is that legal punishment is a form of personal therapy for the punished, a kind of psychotherapy within high walls. Of course, it is a good thing if the punished learn something by their punishment: though the principal factor in improvement is probably the passage of time (crime being mostly a young man’s game).

But criminality is not analogous to, say, arachnophobia, from which the sufferer rightly seeks psychological assistance. And while the very concept of punishment has come under sustained philosophical attack for many years, and one eminent British criminologist admitted that criminology had for a century amounted to a conspiracy to deny its efficacy or very necessity, I think it fair to say that no large-scale society has so far found it possible to dispense with it.

Our societies, however, have decided (quite rightly) that there must be a limit to the severity of punishment. Having abolished the death penalty, the maximum a civilised society can inflict is imprisonment for life. Moreover, everyone subjected to imprisonment should be treated with decency, the avoidance of cruelty or brutality being a deontological moral requirement.

There is another penological principle that has to be followed: namely, that the severity of punishment must be proportional to the crime, even if the proportionality can only be approximate and grosso modo, since there is no common measure of severity and many factors go to constitute it. Any decent system must allow for mitigation (aggravation is less popularly urged).

Now if there is a maximum penalty that can be decently inflicted, and if penalties must be proportional to the severity of the crime, it follows that the maximum penalty must be inflicted only for the most serious crimes. But with crimes as with states of mind as described by the poet Gerard Manley Hopkins, “No worst, there is none.” There is always a crime worse, at least potentially worse, than that currently before one.

Though the mind shrinks from doing it, it is possible to imagine or conceive of a crime worse than that of Nicolas Alba. This being the case, it might have seemed impossible, unjust, to inflict on him the severest penalty that any civilised society could inflict. But this way of thinking has the corollary that a civilised society can never inflict its maximum penalty, because a worse crime can always be imagined than the one under consideration.

Another corollary is that a downward pressure on all sentences is exerted, especially in circumstances in which supposedly determinate periods of imprisonment are routinely reduced, halved or more, by early release. If a man such as Nicolas Alba is released after only ten years, what sentence can be given to a mere burglar? And yet, as everyone who has ever been burgled knows, burglary is not a minor crime, nor is burglary, when it is common, without profound social effects. (By the way, the poor are burgled much more frequently, and with more devastating effects, than the rich.)

There is an obvious solution to the problem. The maximum penalty can be inflicted for crimes that reach a certain level of severity, without them having to be the worst imaginable. Even though, with effort, one can imagine a worse crime than that committed by Nicolas Alba—at least, worse in its extent if not in its depravity—his crime surely passed the threshold of severity that should reasonably call forth a sentence of imprisonment for life. And if, nevertheless, one wished to preserve the principle of proportionality, one could do it purely symbolically. Nicolas Alba could have been sentenced to a term far exceeding his life expectancy—two hundred years, say. And if subsequently there were a crime committed even worse than his, the culprit could be sentenced to three or four hundred years.

A society that lacks either the will or the courage to imprison someone like Nicolas Alba for life (without, I hasten to add, any cruel treatment) is a society that has no confidence in its own judgment, either moral or practical.

PrevFrench legislative elections: final round 19 June
If lies endanger democracy, why not be truthful, people in power?Next