The Duke of Windsor and the Elitist Jet Set, related by Richard Murphy 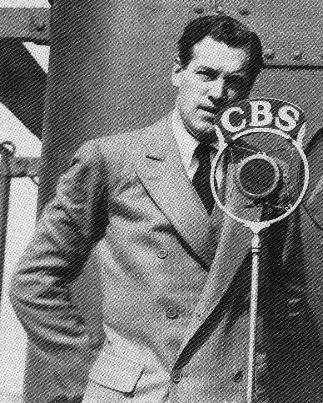 In this period of Covid-19, one in which new fast spreading strains of the coronavirus are developing and are transmissible, and vaccination has reached only a small part of the world’s population, travel, especially international travel, has been limited or must be approached carefully, or banned to certain places. Instead, the reality is largely immobility, the result of a complex mix of factors: lockdown, masking, social distancing, quarantine, and international travel bans. Already, before the appearance of the pandemic, there was action or calls for action to limit travel to certain destinations because of tourism overload and backlash, large numbers of tourists coming to the same destination.

The tourist overload has resulted in overcrowding, congestion, physical disturbance, destruction of natural environments, pressure on facilities and infrastructure, strains on the fabric of cities, and conflicts with locals over the use of space. Popular places, The Galipagos, Venice, Dubrovnik, Angkor Wat, Machu Picchu, Santorini, Capri, are overrun. In every continent there are problems due to what is regarded as an excessive number of visitors; some of the areas and sites are the Taj Mahal, China’s Great Wall, Cinque Terre, Isle of Skye, Mallorca, and Mount Everest.

This issue, mass tourism, has only become a serious problem, in recent years, at least in areas with beaches and are of special physical, historical, or cultural interest. Mass tourism resulted from a number of factors;  global population growth, the increase in the global middle class, expansion of low cost air travel and availability of cruise liners with thousands of passengers, increased information and advertising  by social media, supply of accommodation  through  Airbnb, and emulation by increasing numbers of what was considered elite culture or the playground of celebrities.

The large number of visitors to what were formerly fashionable places for the rich and celebrities paradoxically prevents an “authentic “ experience. Perhaps the best example of this issue is the daily crowd attempting to see the world’s most celebrated painting. Leonardo da Vinci’s, the Mona Lisa or Giaconda. About 10 million visit the Louvre every year, up to 50 000 a day, of whom 80% say it is to visit the painting, now housed in a bullet proof glass setting in a separate room. The Louvre has instituted a crowd control system with serpentine lines to allow visitors to get a better glimpse of the painting. However, the problem remains. Tourists may get a glimpse of the painting for an instant, on average 50 seconds a person, but their main view is of the heads of other tourists.

What explains the unique popularity, the most seen painting in the world? Everyone acknowledges it is a great painting that took three years, 1503-1506, to complete, a complex portrait, a remarkable example of the genius and technique of Leonardo da Vinci, the use of sfumato, subtle gradations of light and shadow. Yet, there is no one simple explanation for its overwhelming celebrity. Perhaps it is due to the air of mystery about it, about the identity of the lady about whom historians and art experts differ, or because it was once stolen and the object of international search. Or it is a case of celebrity worship, of what the American historian Daniel Boorstin termed a pseudo-event, famous for being famous, and well known for “well-knownness.”  Today this is familiar as in the cases of Kim Kardashian, media personality and social media presence, and the late Zsa Zsa Gabor, with her extravagant Hollywood life style and nine husbands, whose activities and clothes are international news, if not contributions to intellectual achievements.

Celebrity emulation, even worship, goes back a long way, Amusingly, Madame Pompadour exemplified this when on the ballroom floor, she was said by gentlemen to have the cutest personality. But it became more significant in post-World War II when increasing numbers in Europe followed the pleasures limited in an earlier period in the late 1940s to celebrities when travel was limited.

Those pleasures and the accompanying life style became more known as the result of media attention by professional writers. We are fortunate to learn more about those pleasures from recently available newspaper articles and photos by a well known journalist of the day, Charles J. V. Murphy. Murphy had a distinguished career, starting as a young man at Harvard, with various journals, which included the New York Evening Post, the World, the Washington Post, and thirty years with Fortune, Life,  and Time Magazine, in the world of Henry Luce. He was a biographer, author of a number of books including children books, and articulate on the Admiral Byrd Expedition, the role of Chiang Kai-shek, and public relations for the U.S. Air Force.

Hughes was a correspondent covering the French Cote d’Azur, famous for its beaches, views, perfect water, luxury, yachts, playground for the wealthy. The Rivera, now overrun by tourism was in earlier days, the celebrated place of the international jet set, and the place where the bikini was first displayed. The Promenade des Anglais in Nice in the 1930s, was the center of glamor, of gossip, sex and scandal, the venue of Marlene Dietrich, Joseph P. Kennedy, Gloria Swanson, and Coco Chanel.

Some of the most interesting of articles by Murphy deal with this international set at play and leisure. Murphy tells the story of the fashionable place, the Hotel du Cap d’Antibes owned by Andre Sella which catered to British and  Russian aristocrats, a place of bankers, royalty, tycoons, and also a frequent guest, the writer Anatole France. On one famous occasion the Hotel was the place where Rita Hayworth stood up the Shah of Iran for lunch. Instead, Rita was lunching 15 miles away at the equally famous Chateau de l’Horizon with the 38 year old Ali Khan, son of the Aga Kahn, who had bought the establishment. Sella, with the genius of a great hotel man, solved the dilemma for the sad, agitated Shah by producing for him a beautiful young woman, Mademoiselle Cote d-Azur of 1947.  Meanwhile, the lunch relationship between Ali and Rita, went well, and led to their marriage in 1949.

The most interesting association was between Murphy and the Duke of Windsor, who had abdicated when Edward VIII on December 10, 1936, in the Cap d’ Antibes where the Duke at the time rented a villa. Windsor, first in 1945 and again in 1946 asked Murphy to help him write his “autobiography.” Windsor had liked the long article that Murphy had written on Winston Churchill, at one point a friend of Windsor. Murphy agreed to collaborate, and the result was a three part story, The Education of a Prince, supposedly written by Windsor but “edited” by Murphy, and  published in Life in December 1947. This was followed by another collaboration, a sequel A King’s Story, on the making and ending of a King.

Windsor as a youth, David then, enjoyed the social world of the 1920s, flying his own plane, dancing, and drinking gin, more than the order and perfection of the British court. Murphy recounts the meetings and relationship between David and Wallis Warfield Simpson, and the interviews of Edward VIII with the Archbishop of Canterbury and prime minister Stanley Baldwin, leading to scenes when the pm tells Edward that the Empire would not approve his marriage to Simpson, and then to Abdication. In addition, Murphy helped write, in essence wrote, the autobiography of the Duchess of Windsor, The Heart has its Reasons.

At the centre, the real mentor, of the jet set was Elsa Maxwell  famous gossip columnist who hosted dinner parties for the elite.

One of Murphy’s photos shows an unusual arrangement of a dinner party of celebrities of Hollywood and others,  with the guests, Duke and Duchess of Windsor, Clark Gable, Tyrone Power, Darryl Zanuck, Jack Warner, Linda Christian engaged to Power. Others floating around were Orson Welles, Sonja Henie, Annabella, ex-wife of Tyrone Power, Pamela Churchill, ex wife of Randolph Churchill and Rita Hayworth, the dancer from Brooklyn who dyed her black hair to become a red head, and the goddess of Gilda.

These writings by Murphy are a valuable reminder of the elite jet set of two generations ago before the tourist overload. It would be enticing, perhaps disillusioning, to have a comparison of the past set with the present celebrities of the Cote d’Azur, Leonardo  DiCaprio, Beyonce, Bono, Elton John, and Kate Moss.

PrevWords About Snow
To Defeat Islamism, Focus on the MindNext