The Godfather: Fiction and Reality 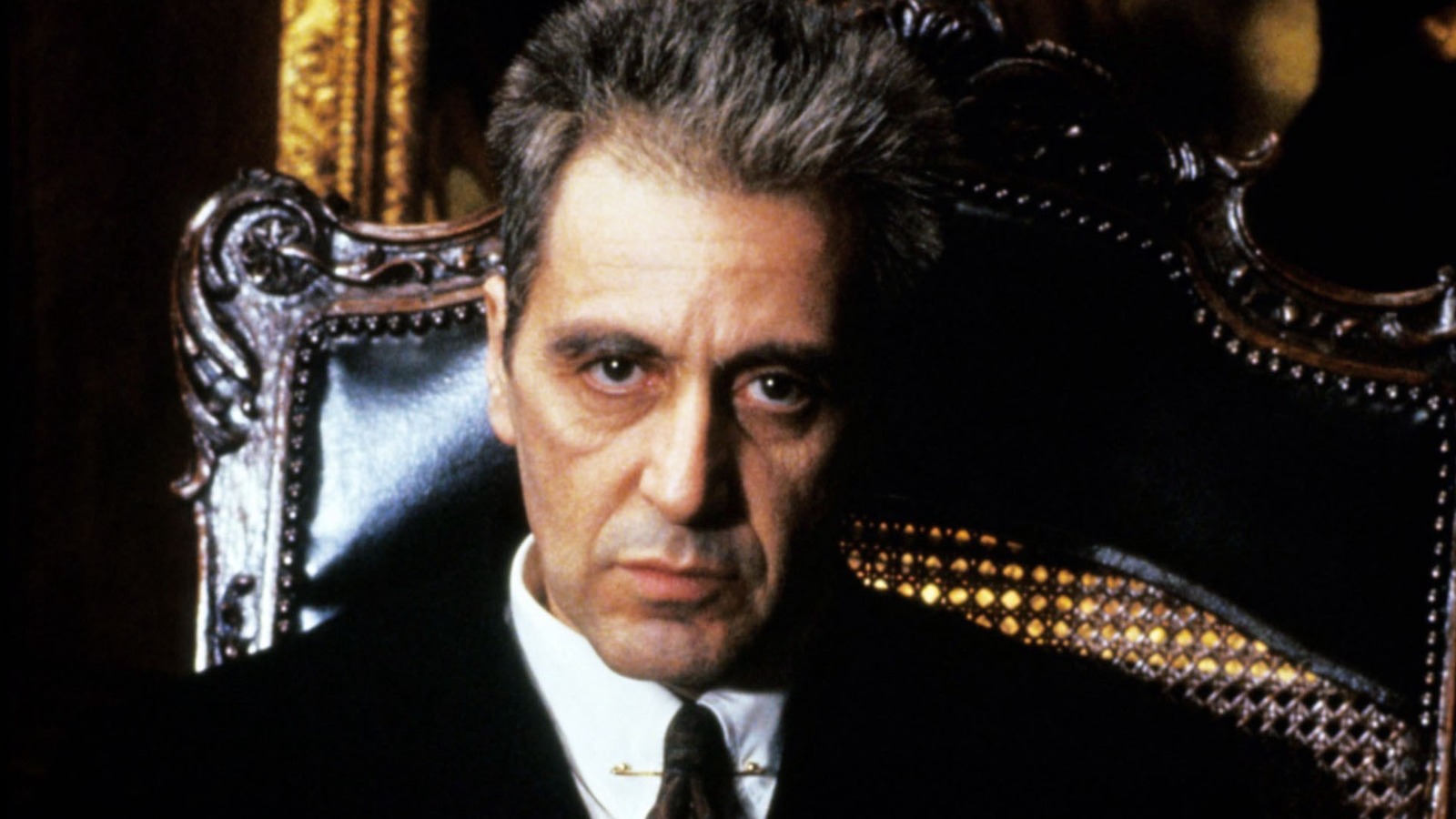 In December 2020 the film, The Godfather, Coda: The Death of Michael Corleone, was released to coincide with the 30th anniversary of the original version, The Godfather, Part III. Produced and directed by Francis Ford Coppola from the screenplay co-written by Mario Puzo, it concludes the story of Michael Corleone, the patriarch who tried to legitimize the criminal family he headed and to escape the past. The film is a coda, an epilogue that brings closure to the great and highly popular Corleone saga, one that ends in anguish and a sense of tragedy.

The revered popular saga has been compelling and seductive with its complicated intrigues, alliances, and anticipations of violence. The present film of shadows and memories, of a torn leader unable to break free from his past.  Michael Corleone, successful leader, struggles between his desire for legitimacy and respectability, and his inability to renounce the code of honor, the code of silence, omerta, or able to escape the consequences of his past, especially ordering the assassination of his brother. Michael could never escape; “Just when I thought I was out, they pull me back in.”

The film, technically very clever, is not as good or as engrossing as the previous Godfather films of Coppola, which he once spoke of as a critique of American political economy. That theme is less evident in this film, which is more akin to the melodrama of King Lear and the fate of its central figure than to any critique of Wall Street. The film tells an essentially sad story, not only because of the inability of Michael to escape from the demands of the underworld and the ambitions of the younger gangsters, but for three reasons: the reality that power cannot be given, it must be taken; redemption in this world is not possible; and corruption is universal. That corruption is brutal in his own family, as well as in the rival gangs of the underworld, in business, politics and the church. The corruption and cynicism is displayed at the very beginning of the film which opens with Michael seeking respectability by his convoluted multimillion business deal  with Archbishop Gilday of the Vatican Bank, depositing $600 million to get majority control of the international Immobiliare Corporation, a real estate company in which the Vatican owned a quarter interest, only to find the deal was all a scam to swindle him. The cynical corrupt Archbishop remarked that the “power to absolve debt is greater than the power of forgiveness.” The Archbishop also, to prevent exposure of his crime, tried to poison the tea of the Pope.

The film uses and ends with the Intermezzo and finale of Pietro Mascagni’s one act opera Cavalleria Rusticana, with the implicit parallel of love, betrayal, violence, jealousy, blood feud, death, disgrace, and dishonor in Sicily. Like the mother whose son is killed in the opera, Michael is heart-broken because of the murder of his beloved daughter, a sacrificial lamb, on the steps of the Teatro Massimo in Palermo. The epilogue brings closure to the Corleone saga, with the spiritual rather than real death of Michael, an isolated figure back in Sicily: “The mind suffers, the body cries out.”

The film of the fictional Corleone family brings an opportunity to compare the saga of its activities with real organized crime of Mafia families in the U.S. and in Italy, perhaps the best example of contemporary tribalism. Since the early 20th century, small criminal family gangs have been set up in U.S. cities, increasing membership from immigrants. The majority of the 500,000 Italian immigrants and descendants was law abiding, and have made remarkable contributions to American culture, especially in music, but a minority became criminal  during the Prohibition era of the 1920s and after the immigration of Sicilian Mafia who came because Mussolini had attacked them.

The organization was similar. Each family has a boss, underboss, capos or captains, consigliare, and associates. A Commission of crime families, a governing body, organized and headed first by Lucky Luciano, was created to set policy and mediate disputes between the families. Leaders became celebrated figures, Al Capone, Bugsy Siegel, John Gotti, Vito Genovese, and Sam Giacana who was recruited by the CIA to assassinate Fidel Castro, and had ties to JFK, as well as having quaint amusing nicknames like Meatball, Mush, Jello, Jimmy the Weasel, Fat Vinnie, Alfred the Butcher.

There are apparently five main families in New York, Gambino, Genovese, Colombo, Bonanno (formerly Maranzano), and Lucchese, with others in other cities: the Outfit in Chicago, Bruno in Philadelphia, Patriarca in Boston, and De Cavalcante in New Jersey. There are 24 known families with 5,000 members. Though a shadow of their former self, the gangs remain active in certain areas; extortion, loan sharking, arson, illegal gambling, labor unions racketeering, narcotics trafficking. But mob hits of top bosses are now rare.

There are transatlantic ties between U.S. organized crime families and the Italian Mafia as shown by the link between the Italian Inzerillo family  and Gambino , both in U.S. and Italy.

Historically, Sicily was attacked by invaders, leading small groups to protect themselves, from which came a process of clans and families, private armies to a criminal class. Crime syndicates have long been active in Italy, the result mainly of the four major crime networks.

Sicilian Mafia (Cosa Nostra), Our Thing, which increased its importance in the 1950s gained control of building contracts and heroin trafficking including connection with U.S. Mafia. With an estimated  4000 core members with  100 clans, it had influence in politics under corrupt Christian Democratic  governments. It was active up to the early 1990s, and under its boss Salvatore Riina, a ruthless killer who assassinated not only criminal rivals  but also government officials, members of parliament, and journalists. .It has become less active since 2017 when Riina, nicknamed “The Beast,” died in prison, where he had spent over 20 years.

Camorra of Naples has been able to infiltrate police departments, controls  drugs, counterfeiting, and  money laundering, and specializes in cigarette smuggling. Nydangheta of Calabria, a group with 6,000 ,members is active in cocaine trafficking, and police corruption. Sacra Corona Unita of Puglia region, founded in 1981, is active in drug trafficking, prostitution, and arms trafficking.

In recent years a number of incidents have occurred. Two of them can be mentioned. The mayor of Rome, Virginia Raggia, in office since 2016, claims she and her family have been targeted for death by the Mafia, and she is forced to live with a police escort. Raggia, representative of the anti-establishment Five Star movement, is the first woman to be elected mayor of Rome, the physical embodiment of the she-wolf, the official emblem of Rome. She has been active in dealing with Mafia syndicates, demolishing eight villas, a block owned by the Casmonica criminal family, originally from the Abruzzo region, a group accused of murder, money laundering, drug trafficking, pandering, and part of the Roman political corruption,  Mafia Capitale, which was mostly disbanded in 2014.

Most interesting, on December 22, 2020 Pope Francis recognized the martyrdom of Rosario Livatino who on September 21, 1990 aged 37 was brutally murdered by a hit squad on his way to work as a judge at the Court of Agrigento in Sicily. A gang, La Stidda, the star, that has become more prominent in central-south Sicily had ordered his death because of his investigation of mobsters, a defiance of the Mafia who wanted a weak judge. Livatino acted in accordance with his fervent belief in Christian faith. He had been a prosecutor of the Mafia in the 1980s and of the tangentopoli, the corrupt system of bribes and kickbacks for public works contracts. His martyrdom paves the way to beatification, though there was “no need for a miracle to be attributed to his intercession with God.”

If the Italian Mafia networks have attracted less attention in recent years they are still dangerous, adopting what Italian interior minister  Luciana Lamorgese has called increasingly complex models of criminal activity, infiltrating important economic sectors. One example of this was shown in January 2020 with the arrest in Puglia of 40 criminals running a protection racket concerning coffins from funeral homes. A relatively new clan, a fifth Mafia, the Foggia in south Italy, with three criminal sub groups involved in racketeering and extortion, force funeral homes to pay 50 euros for each body.

Lamorgese believes Ndrangheta is presently Italy’s most powerful Mafia organization. One study showed that this family made more money than Deutsche Bank and McDonalds put together. Yet Cosa Nostra is still pervasive and dangerous, and the Camorra maintains  “collusion”  with public officials. Mafia gangs are present in most areas of business, including health care, agriculture, food distribution, and tourism, as well as in the traditional construction sector.

Interestingly, land has become the object to control. The Sicilian Mafia have managed to take advantage of the large EU agricultural subsidies, getting more than ten million euros for “ghost” land, land that was non-existent or owned by the Italian state or regional  government. In January 2020, members of two clans, Batanesi and Bontempo Scavo, together with corrupted officials, were arrested in and near the city of Messina, for scams targeting EU rural development funds.

The Godfather film is a reminder that the Mafia still exists. It remains to be said that the gangs, however glamorously portrayed and entertaining, are criminals, not alternatives for the absence of social justice and economic reform.