The Malignity of Bad Taste 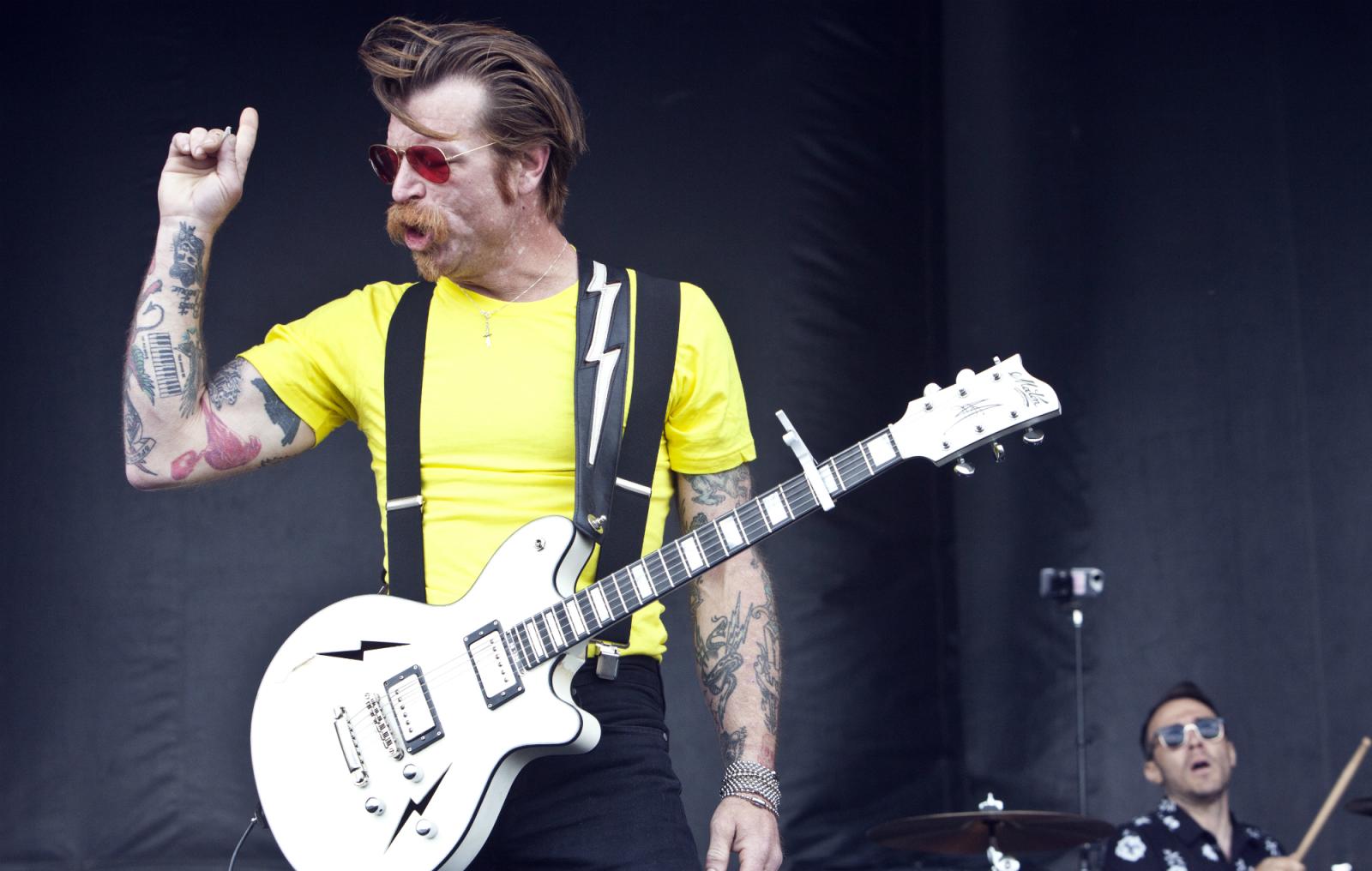 After the attack by Moslem extremists on the Bataclan theatre in Paris in 2015, during which 90 people were murdered and hundreds more injured, many seriously so, a number of people falsely claimed that they had been present at the event. They did so for two reasons: the state offered compensation to those who had suffered as a result of the attacks, and more importantly, perhaps, because a great deal of kudos now attaches to the status of victim. If it is somewhat of an exaggeration to say that these days victims are our only heroes, nevertheless victimhood confers moral authority on a person like nothing else. A victim must be listened to uncritically and with reverence. Anything else would be to increase the burden of his victimhood. A victim cannot lie, for even if what he says is not strictly true its untruthfulness is but another manifestation of his victimhood.

Browsing recently in a Parisian bookshop, I came across a little book titled Journal d’un rescapé: Être historien et victime d’attentat (Diary of a Survivor: To Be a Historian and the Victim of a Terrorist Attack), by Christophe Naudin. The author was a real victim of the attack on the Bataclan: a close friend of his was killed and he was obliged to take cover for two hours while the massacre continued, with dead bodies nearby. It is hardly surprising that this experience had a profound effect on his state of mind long afterwards. Indeed, it would have been surprising, and perhaps a little alarming, if it had not.

The first paragraph of the author’s preface to the book caught my attention at once:

This Friday, 13 November 2015, I am with two friends at a rock concert at the Bataclan. We are there to drink some beers, listen to some good music, a group singing of fun and sex. Of life, then.

The group singing of fun and sex, and therefore, in the estimation of the author, of life itself, was called Eagles of Death Metal.

When I looked up Eagles of Death Metal (henceforth named as EODM in the book) on YouTube, I was not altogether surprised that I found nothing I should describe as good music. True, I have heard even worse. As the poet, Gerard Manley Hopkins, put it in another context, ‘no worst, there is none’: that is to say, however bad something is, you can always find something worse. But we should not allow the worst to be the enemy of the good, and nothing could disguise the sheer ugliness of the whole act of the EODM. Even their name suggests something less than a tender attitude towards the world.

For some strange and, to me, unaccountable, reason when I looked up EODM, YouTube also proposed a clip of Horowitz playing a Schubert impromptu. Perhaps no juxtaposition could have been starker. Having watched and listened to about a minute of EODM, and it not being necessary to eat the whole pound of butter to know that it is rancid, I turned to Horowitz and Schubert. Doing so had on my mind the effect that a shower has on my body after I have been engaged in some physically dirty task. It washed away the vileness and the crudity.

Sex and fun: not love and happiness, be it noted. I suppose one might be grateful that hatred and contempt were not included, the other sensations or emotions evoked by other genres, such as rap music. There is, I think, something almost pathological about much Western popular music, unlike that of Africa, India, the Arab world or Latin America, which still sings of love, longing, sadness and joy, rather than of raw sensation or decerebrate emotion. It is not merely that so much Western popular music is unrefined, it is that it is actively opposed to refinement, except perhaps in the electronic equipment now essential to its manufacture.

Not, of course, that I am an expert on such music: I try to avoid it as much as possible, though sometimes it seems (in public places) almost as inescapable and compulsory as political propaganda in North Korea. It takes a lot to drive me out of a second-hand bookshop, but I know of one such whose owner does not appear to know that pop music, of the kind known as grime or garage, is not an aid to book-buyers’ browsing. I pointed it out to him, but he replied that it was all right for me to talk, I was in the shop for only a short time while he was there day in, day out. Personally, I should far have preferred bankruptcy to a life accompanied by such music.

A well-known British newspaper, knowing my tastes, sent me to report on a couple of so-called concerts of the Bataclan type. During the first, members of the band urinated on the audience, at least those within range. This, apparently, was very popular. In the second, I made myself known to the press officer of the performing group (a very famous one), who at once gave me some ear plugs.

“Does it not strike you as odd,” I asked her, “that the first thing you give someone who has come to write about a concert is something to reduce his hearing?”

Apparently, it did not strike her as odd, as it was standard procedure. It was, she said, to prevent, or reduce, the inevitable tinnitus after the concert. It seems, then, that we shall soon suffer not from an epidemic of occupational deafness, but of recreational deafness.

About three months after the attack, the author of the book went to another concert given by EODM, partly pleasure and partly as therapy, to overcome his understandable anxiety in such a situation. Meeting a member of the group, he was as star-struck as a sixteen year-old girl at a concert of the Beatles in 1965:

The concert was a great moment of rock’n’roll, even in its trashy aspect: Jesse [one of the members of the group], very soon drunk or drugged (or both), sung out of tune, broke the strings of his guitar, before injuring his finger. The group … appeared to be enjoying itself greatly, the osmosis with the public being total.

This sounds to me more like a Black Mass of nihilism than a concert of music as traditionally understood. And that this was not a momentary lapse of taste is suggested by the fact that about eighteen months later, the same author found the latest clip of a group called the Queens of the Stone Age (which a brief search on YouTube revealed to be even worse than the EODM) “completely crazy” which, he said, did him good. One is forced to the conclusion that the author liked this kind of music and its ambience not despite, but because of its ugliness.

The most alarming thing about this taste for what one is tempted to call the satanic, which to all appearances is unleavened by any other, is that the author is not an unprivileged adolescent denizen of the banlieues going through a stage of sullen revolt, but an educated man and schoolteacher of 45 with a degree in mediaeval history with a couple of books already to his name. He is clearly thoughtful in many respects and I should imagine that he is a devoted master to his pupils. He calls himself a man of the left, almost congenitally so since all his family is likewise of the left, but he has come to some opinions that could just as reasonably be called of the right. For example, he decries the laxisme of the criminal justice system that releases likely terrorists from prison while they still espouse jihadist beliefs (though he does not go quite so far as to apply his reasoning to laxisme with regard to common criminality), a lamentation that might have been uttered by any conservative French politician. He rejects the view, common among those in what is called in France his ‘political family,’ that the terrorist attacks in Europe of late years have nothing whatever to do with Islam. He has his blind spots, but then his book is a diary, not a treatise, written in response to his thoughts or feelings of the moment. Principally, he fails to realise the significance of the fact that when he goes on a school visit to Andalucía, a number of his Moslem pupils are very interested in the Moslem architecture but refuse to look at or express any interest in anything else.

There remains, then, his extraordinary taste for the deliberately— one might almost say militantly—ugly and crude. This, however, is not an individual quirk of his, but a widespread, if not quite universal, phenomenon among the educated. I do not claim to have a perfectly satisfying explanation. To love the patently coarse and ugly is mysterious to me. Two partial explanations come to mind though I can prove neither.

The first is that to reveal what one believes to be beautiful is to make oneself vulnerable to mockery and disdain. Despite our individualism, we all, in fact, fear beyond everything to be thought by our peers as naïve or unsophisticated. By adhering to the ugly, we risk nothing. We can accuse those who decry our taste either of a failure of understanding or of a puritanical solemnity, or both. If, moreover, to sing badly through intoxication and to break an instrument, presumably through violent carelessness, does not disqualify a musical performance, then nothing could do so, and we are therefore relieved of the effort of proper discrimination. Our whim becomes king: we are the measure of all things.

The second explanation is that the Western artistic tradition (in practically all fields) is exhausted, modernism having been both a symptom and a cause of that exhaustion. The kind of performance given by the EODM is a substitute—or desperate search for—originality, the romantic cult of the latter having been reinforced by our cult of individualism. But there is no surer way of being derivative, in the worst possible sense, than self-consciously to cultivate originality as a good in itself. You cannot escape convention: the question is not whether you are conventional or original, but whether your convention is good or bad, worth developing or not.

There is, said Adam Smith, a deal of ruin in a nation. There is, a fortiori, a deal of ruin in a civilisation. But when educated and intelligent people, including the teachers of the young, proclaim their taste for such as EODM, one cannot help but think of the premonitory incursions of the barbarians into the Roman Empire.

First published in the European Conservative.