Which, if any, expert estimates should we take seriously? 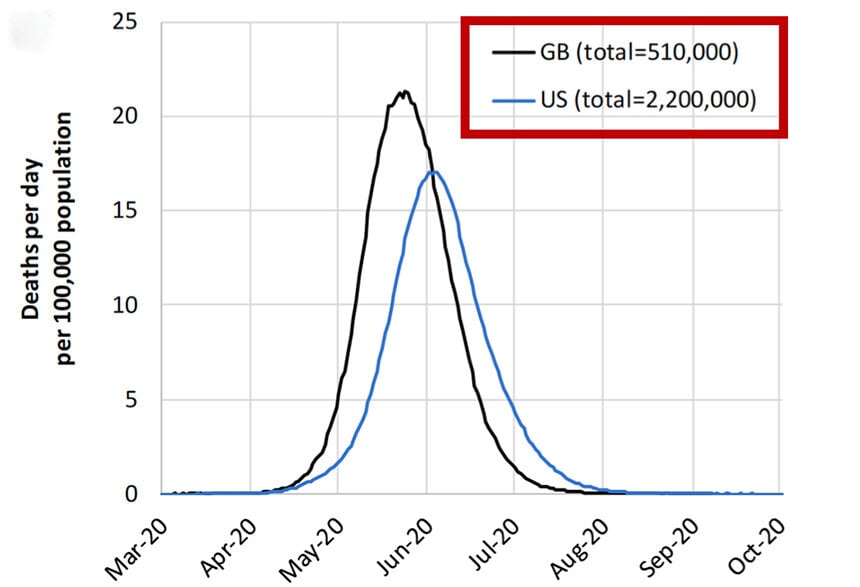 I never listen to the radio, but back in 2008 I was in a taxi when I could hardly avoid doing so. A world-famous economist was being interviewed about the effects of the collapse of Lehman Brothers.

‘There might be a recession,’ he said, ‘or there might not. If there is, it might be long or short, deep or shallow.’ I thought to myself that I could be a world-famous economist, interviewed and feted everywhere, if only I had the self-confidence to utter banalities or tautologies as profundities.

Epidemiological modelling seems hardly more trustworthy than the economic variety. It is not very difficult to see why, or why one model should tell us that the end of the world is nigh and another that we are already saved. Those are, very broadly, the respective conclusions of two recent headline-grabbing models, one from a team at Imperial College, London and another from Oxford. You pays yer money and you takes yer choice.

The present epidemic so preoccupies us that we think of practically nothing else. But because we do not know how many people have been infected, we have no idea of the lethality of the infection. Models must make assumptions, and in the absence of knowledge, assumptions must be given in ranges. Even as few as two variables can give a huge range of possibilities.

Suppose that the death rate from the infection is near to that of the death rate of ascertained cases, that is to say (for ease of calculation) 5 per cent. Suppose also that the ascertained cases have been 100 per cent of all the cases that there have been, and also that the rest of the population is certain to be infected. There have so far been about 8000 cases in Britain with 400 deaths. The population is 66,000,000, the vast majority of whom, ex hypothesi, remain to be infected. That means that there will be a further 3,299,600 deaths.

Suppose instead that 80 per cent of the population has already been infected, that is to say 53,280,000 people, of whom 400 have died, giving a mortality rate of 1 in 133,200 infected people. That means that there will be another 95 deaths from the disease.

Assumptions make the model, and ignorance of the justification of assumptions means that a model can as easily mislead as inform, without any ill-intention on anyone’s part

Obviously, I have used very crude assumptions that no one would actually use. But I hope that the above illustrates how assumptions make the model, and ignorance of the justification of assumptions means that a model can as easily mislead as inform, without any ill-intention on anyone’s part. The more variables that are taken into account, the greater the possible range of outcomes. We have no option but to pay our money and take our choice.

A model from Oxford University comes to a completely different conclusion about the severity of the present epidemic from that of Imperial College, though of course it can no more claim to knowledge the true lethality of infection than can that from Imperial. It concludes that the epidemic will be self-limiting at a much lower level than that predicted by Imperial if nothing were done to halt it.

Which model should be taken more seriously? Since catastrophism comes naturally to people who have lived in security all their lives, we believe in the precautionary principle (or Sod’s Law). We must act on the worst-case model.

This would be all very well if acting on the worst-case model were itself incapable of producing a catastrophe, but it is not. Indeed, it might in the future be possible for people to argue that the Imperial College model caused more deaths than the disease it modelled.

I am not saying that this is, or will be, the case, only that it could be. What we need, then, is a really good economic and epidemiological model.

Prev‘Dr. Win-the-War’ vs. the Mouse
China Article V: We will never be quite the same again.Next