The Menace of Hezbollah 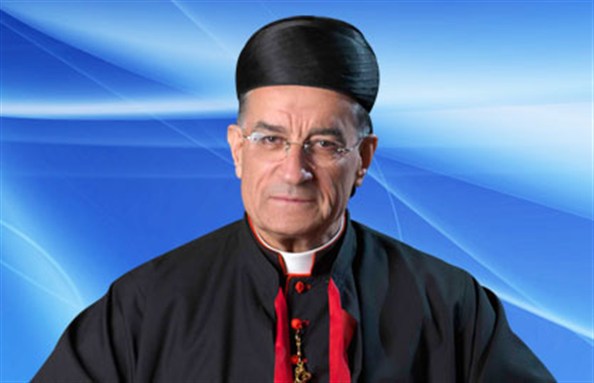 In a speech during Sunday Mass on August 8, 2021 the Maronite Patriarch of Lebanon, Bechara Boutros Al-Rahi called on the Lebanese army to prevent the launching of missiles from Lebanese territory, not for the sake of Israel’s safety, but for the safety of Lebanon, and said that UN Security Council Resolution 1701 of August 11, 2006 must be strictly implemented. Lebanon is currently a country in political, economic, social turmoil. Rahi stressed it was unacceptable that a party decides peace and war outside the decision of legality. He was calling on the army to confront Hezbollah. It is true, he said, that Lebanon has not signed a peace with Israel, but it is also true that Lebanon has not declared war with it, and is officially committed to the 1949 truce. The dilemma is that Hezbollah is the strongest military and political force in Lebanon. Its supporters refuted the patriarch’s comments, calling him “the patron of surrender.” It had defied Rahi by escalating hostilities against the state of Israel.

Rahi was referring to the incidents on August 6, 2021, when 19 rockets were fired from southern Lebanon into northern Israel, after three rockets had been launched against Israel two days earlier. The Israeli Iron Dome had intercepted 10 of the rockets, while six had fallen in open areas, and three inside Lebanon. It was the sixth attack on Israel in recent months, and the first in which Hezbollah admitted responsibility. The IDF responded by firing 40 artillery shells at open areas in southern Lebanon, and then by airstrikes targeting the Hezbollah launch site and the road on which the terrorists had traveled.

The Hezbollah attack is a warning sign of possibly more deadly military problems in the future. Hezbollah, like Israel, has significantly increased and upgraded its military capabilities. With the help of Iran, It has more than 150,000 rockets and missiles and many can reach any place in Israel, including ballistic missiles with a range of 700 kilometers. Hezbollah’s action violates UN Security Council Resolutions. UNSC Resolution 1559 adopted in 2004 called for all Lebanese militias to disband and disarm. UNSC Resolution 1701 of August 11, 2006, bringing about a cease fire of all hostilities between Lebanon and Israel, prohibited all armed military other than those of the state of Lebanon from operating anywhere in all of the country. But Hezbollah did not pull its forces out of south Lebanon, though it did agree to disarm its forces south of the Kitani river.

Founded in 1982 by Muslim clerics and Iran, the objective of Hezbollah was to fight against American and Israeli imperialism and the Israeli occupation of southern Lebanon. A second objective was to gather all Muslims into a ummah, linked by the doctrinal and religious connection of Islam. It then added a militant political movement with an effective political party, an extensive social service network, TV station, and a budget that comes from Iran.

Hezbollah personnel were trained and organized by a force of 1500 Iran revolutionary guards. A number of Shi’a groups were assimilated into the organization, accepting the  ideology expounded by Ayatollah Ruhollah Khomeini, “obedience to one leader, wise and just, adherence to Wilayat al-Faqih, and continuing the Islamic revolution made victorious  by God in Iran.”  Though it has made changes, Hezbollah still adheres to its original ideological orientation.  But it is unusual since it is both a Shiite movement and a militant group, and a political organization, virtually a state within the state. This has led to characterization of an organization with two wings, one military and the other political, a distinction that has been rejected by Hezbollah’s leaders, Secretary General Hassan Nasrallah and deputy  Naim Qassem. They see Hezbollah as “a political party, a resistance party, and the party of striving in the path of God Almighty.”

The Hezbollah militia has about 10,000 active fighters and 20,000 reserves, and a larger arsenal of artillery than most nations possess. On August 12, 2021, the Alma Center in Israel reported Hezbollah had built an extensive network of tunnels, whose cumulative length of hundreds of kilometers, connect entire regions of the country to one another. Some tunnels are able to allow pick-up trucks with rocket launchers to fire, leave, and remerge at a different location. One tunnel stretches 45 kilometers south of Beirut. The tunnel project results from cooperation between North Korea and Iran, which paid for the project, and Hezbollah.

Hezbollah, the world’s most heavily armed non-state actor, is a ruthless body. It has clashed with rival Shite militias such as the Amal movement in 2005. Its affiliate, Salim Jamil Ayyash, in 2005, assassinated the former Lebanese prime minister Rafiq Hariri, by a large truck bomb on Beirut’s waterfront. Yet the main enemy is Israel, starting in 1978, when Israel occupied Southern Lebanon and invaded Beirut in 1982. Elimination of the State of Israel is its primary goal. Using tactics  of suicide bombing, assassination, capturing Israeli soldiers, murders, and hijacking, it has attacked Jewish and Israeli targets abroad.

Hezbollah was responsible for the 1994 car bombings of a Jewish community center in Argentina, which killed 85, and the bombings of the Israeli Embassy in London.  Even after Israeli withdrawal from Southern Lebanon, Hezbollah continued its attack in the disputed Shebaa farms border area. In 2006 thousands of rockets were launched from Lebanon into Israel, and the 34 day war resulted in the deaths of 165 Israeli soldiers and civilians. The EU in 2013 listed the Hezbollah military wing as a terrorist organization.

In spite of its denials, Hezbollah is also antisemitic. It has vilified Jews as  enemies of mankind, conspiritorial,  with plans to enslave the Arabs and undermine Islam. It accused Jews of deliberately infecting HIV and other diseases into Arabs in the Middle East. It engages in Holocaust denial.

Hezbollah since 2011 has been an ally of the Assad regime in the Syrian civil war, recruiting  Shi’ite and other fighters to help Assad, sending more than 7,000 militants, and Syria in return facilitates the supply of weapons from Iran to Hezbollah. In   2013, Hezbollah joined Iran and Russia in supporting the Assad government against Sunni rebels. They have been crucial in the survival of the Assad regime.

Iran views Hezbollah as a vehicle to extend its influence in Lebanon and the Levant, and supplies it with funds and weapons of increasing magnitude, advanced anti-tank rockets, long range survey to survey  missiles,  anti-ship missiles, and  precision guided munitions that can strike within a few meters of the intended target.

On behalf of Iran, Hezbollah targeted in the 1980s officials of the Shah regime working in Europe, and attacked  France for its support of Saddam Hussein during the Iran-Iraq war, fighting against the U.S. and multinational forces. In battles in Iraq, militias, AAH and KHA supported by Hezbollah killed hundreds of U.S. servicemen. For critical battles in Syria,

Hezbollah recruited Shi’ite and other fighters to support the Assad regime.

In addition, Hezbollah created unit 3800 in  2003 to train and assist Iraq Shi’ite militias fighting against U.S. and   multinational forces in Iraq.

Hezbollah is important in the life of Lebanon, a country troubled by factionalism and horse-trading, and a sectarian power sharing system. It controls part of Beirut’s port, airport , border crossings for smuggling. With its allies, it commands the biggest bloc in the Lebanese parliament.

The Hezbollah attack was praised by Palestinians, especially Hamas, who said that the rocket attack emphasized Hezbollah’s natural right to respond to aggression until the liberation of the Holy Sites and Islamic lands.  In contrast, the U.S. State Department condemned the rocket attack and called on the Lebanese government urgently to prevent such attacks. Hezbollah has been linked to two bombings in 1983, against the U.S. Embassy and the U.S.  Marine barracks in Beirut, events that killed hundreds of Americans.

About the Israeli air raid response, the U.S. has repeated Israel has the right to defend itself. At the same time, the U.S. announced the fatal drone attack which killed two crew men on the merchant tanker, Mercer Street, off the coast of  Oman on July 30, 2021 was committed by an unmanned aerial vehicle  loaded with a military grade explosive that was produced in Iran.

The Hezbollah rocket aggression was fanned by Iran’s activities. It is an indication that Iranian aggression has increased throughout the Middle East. Iran’s new president Ebrahim Raisi, who is nicknamed the “hangman of Tehran” because of his brutality in 1988 is likely to continue that aggression.

The U.S. and Israel both recognize that Iran is a clear danger to regional stability and world peace, and that Hezbollah is one of its main instruments. Since 2010, the U.S. has provided more than $4 billion in foreign assistance to Lebanon. Though Lebanon is struggling with an economic crisis and coping with Covid-19, the issue confronting Washington is whether it should continue that funding in view of the aggression of  Hezbollah.