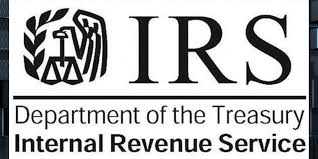 Everybody, just everybody, takes full advantage of the tax laws to make sure they pay the absolute minimum………there’s been no documented instance of someone wanting to pay more than they have to.

Those office towers in the downtown cores of our major cities are filled with tax accountants and lawyers who can save a client millions upon millions of dollars.

It’s quite easy for these professionals, they make their living by  the interpretation of maybe a clumsily placed comma in the Income Tax legislation, maybe a loosely worded clause, or by discovering more favourable conditions in another jurisdiction.

Once they hit on a weakness,  they have the resources to take that interpretation to the highest courts. Well-heeled  clients are only too happy to pay their hefty bills

Tax avoidance is quite legal, tax evasion is an offence but, just like professional athletes with their designer drugs, the line between what’s legal and what isn’t, is tested  to the limit by the inhabitants of those glittering glass buildings

And so we turn to the high profile tax returns of one Donald Trump and his organisation, who no doubt have taken full advantage of every loophole, just as the New York Times will have done.

“If you were on the “up and up” you’d release them to the general public” goes the argument, but I can see why Trump and his advisers adamantly refuse to do so.

If you dropped a corporate tax return or a complex personal tax return in front of 99% of the population, they wouldn’t be able to understand as much as  the first page. Even the so-called business reporters in the media would have difficulty in translating the story into a balanced assessment.

But that difficulty wouldn’t stop them from taking any single page out of the return and using it as a powerful weapon against their target (guess who that might be) and once it’s in print or in the electronic media it becomes the virtual truth.

It’s no wonder President Trump and his team  have fought tooth and nail to prevent publication because they know that’s exactly what the media will do.

Which brings me to the point of my writing, we know that the NYT and its brother-in-arms the WaPo have been losing millions of dollars over the past 10 years or so.

Have they too taken advantage of sloppily worded Tax Legislation?

Have they too stretched the rules on claiming expenses to the absolute limit?

Maybe it’s time to apply the same amount of scrutiny to these horribly biased organisations and see how upright and moral they really are. Let’s see how loud they squeal.