The Odour of Sanctity 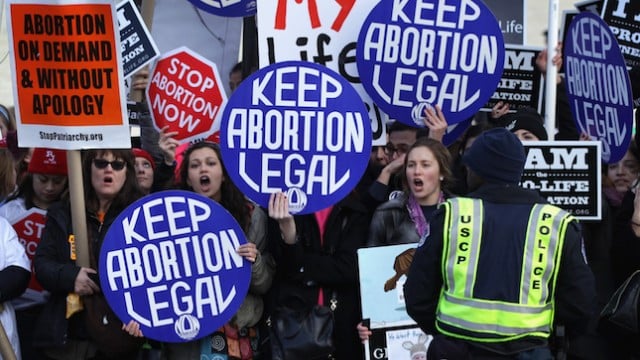 Simone Veil, the French politician most responsible for the passage of the law to legalise medical termination of pregnancy in France, died recently at the age of 87 in what I would be tempted to call, if France were not so militantly secular a country, the odour of sanctity. She was incontestably a redoubtable woman, a survivor of the German camps to which she was deported at the age of 16; but the effects of the law that she so assiduously promoted soon escaped her control and went far beyond its original intentions, as so many reformist laws are inclined to do. Very few reformers, however, ever take this tendency into account, perhaps because, for many of them, reform is the whole purpose and meaning of their lives.

The French law was intended to relieve the suffering consequent upon the prohibition of deliberate abortion; but, just as it had in Britain several years before, it rapidly became something else entirely, in effect the guarantee of a human right now deemed to be as fundamental as, say, protection against arbitrary arrest. If the French had looked across the Channel in 1975 (the year the law was passed), they would have seen how quickly abortion under certain prescribed conditions had become, in effect, abortion on demand; but despite (or perhaps because of) the proximity of the two countries, neither ever condescends to learn from the experience of the other.

Before long, there were cases of abortion in Britain granted to women who did not want to be pregnant during their holidays. Like the French law, the British was ostensibly intended to avoid the suffering caused by the prohibition of abortion: but if you offer an incentive for people to be miserable, then misery (or at least claims to misery) is what you will get. It is true that doctors were excused on grounds of conscience from signing the requisite forms recommending termination, but they were obliged to point women in the direction of doctors who would sign the forms, so that the requirement was a dead-letter; and in any case, it was soon argued that, statistically-speaking, termination was safer than any pregnancy carried to term, and therefore that termination was always justified under the terms of the law.

Whether the original framers of the law intended this outcome or not (I suspect that some of them did), abortion on demand was its outcome.

However, the issue of abortion never became quite as heated or divisive in Britain or France as it became, and as I suspect it remains, in the United States. But if my understanding of the controversy in the United States is correct, the debate is carried out in rather crude terms. On the one side there are those who say that the fertilised ovum is a full human being and therefore to kill it is as much murder as to shoot dead a passer-by in the street; on the other are those who claim that a woman’s body is her own and she has an inviolable right to do with it what she chooses. East is east and west is west, and never the twain shall meet.

It seems to me that both sides in this dialogue of the deaf are mistaken and grossly oversimplify reality. It seems to me intuitively absurd to claim that killing a conceptus is no different from killing a child or a grown man, even if that conceptus is growing in a twelve year-old child who has been raped. Likewise, supposing (per impossibile) that one were faced with the choice of saving either the mother or a conceptus by causing the death of the other, it would be absurd to claim that the choice was a morally neutral one. And if someone were to mourn (as against regret) a spontaneous miscarriage in the same way and to the same extent as the death of a child or parent, one would think him or her not merely very odd, but morally unbalanced.

The other side is no better, however. In the first place, to say that one owns oneself and can therefore dispose of oneself as one chooses is wrong. To say of one’s body that one owns it is a peculiar way of describing the relationship between one’s self and one’s body: I don’t own my face like I own my computer, for example.

Moreover, ownership does not imply, or necessarily imply, an infinite right, either legal or moral, to disposal of what is owned. I own my house, but I have no right to burn it down if I see fit to do so. And if I own a Vermeer, I may have a legal, but surely not a moral, right to destroy it. Morally speaking, I do not own the Vermeer; I am its temporary custodian. It is otherwise with the lead pencil on my desk, which I likewise own. It seems to me that our bodies are more like Vermeers than they are like lead pencils.

Furthermore, a conceptus is not just part of a woman’s body, and the fact that she carries it, and will eventually give birth to it in pain and sorrow, does not give her infinite rights over it. Her interest in it may be greater than anyone else’s, no doubt, but it is not unique or exclusive. For one thing, the conceptus is partly the father’s, at least until such time as humans replace themselves purely by parthenogenesis. One would hope that children were most often the product of a loving mutual decision of the mother and the father; and a world in which mothers militantly put their supposed rights above such decisions in importance would be a truly horrible one, deeply savage and uncivilised.

In general, though, women do not consider abortion an operation just like any other (though some do); it is not for them the same as the removal of a blemish of the skin, say, or even the removal of a gall bladder. They apprehend, perhaps not fully or coherently, that abortion is not simply another operation, but has a much profounder significance; and they apprehend it even if they have no religious belief.

So how do you frame a law that avoids the indisputable cruelties and hardships occasioned by total prohibition, while not acceding to the uncouth and ill-founded demands of the other side, and avoiding the bogus jurisprudence of Roe v. Wade? Arguments that rely solely on competing rights can result only in shouting matches; they have the psychological effect of limiting the moral imagination. On the other hand, the law must lay down with reasonable predictability and consistency what is permissible and what is not.

There is a limit to what the law can achieve if it is not to become, in effect, the absolute arbiter or dictator of our lives. Therefore, it is up to the population to exercise virtue, because:

Society cannot exist, unless a controlling power upon will and appetite be placed somewhere; and the less of it there is within, the more there must be without. It is ordained in the eternal constitution of things, that men of intemperate minds cannot be free. Their passions forge their fetters.

PrevWhat Good Is the Republican Party?
Grey Parrot Disappointed To Discover Rest Of Aviary A Bunch Of IdiotsNext