The Paranoid Style: Coronavirus and Antisemitism 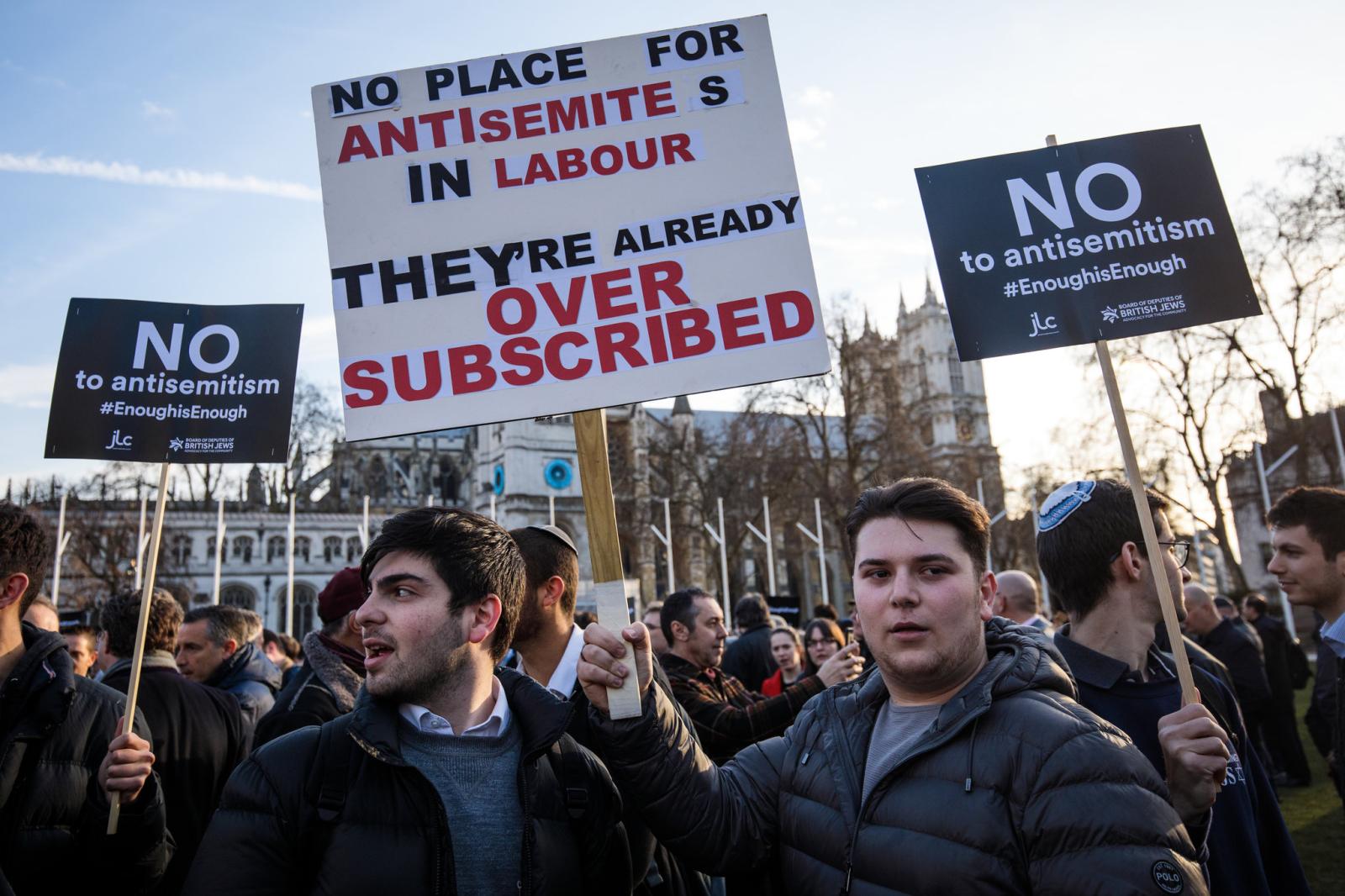 Any person’s death diminishes me, because I am involved in humankind.

At this time of Passover, it is particularly appropriate to ask a question, “Wherefore is this people different from all other peoples.” A number of events in March 2021 tell the sad story of the continuing prejudice against Jews in the world today. In Duxbury, Massachusetts, the high school football game was marred by players using antisemitic language on the field. When calling plays, the players substituted references to Auschwitz, rabbi, dreidel rather than using regular terminology. More brutal, in Stamford Hill, north London, five Jewish women, one a 20-year old pregnant person who was left deeply traumatized, were attacked in the street.

The same week, the University of Illinois, Urbana-Champaign, created the Chancellor’s Advisory Council on Jewish campus life following complaints from students about antisemitic actions on campus that made Jewish students feel unwelcome. The Chancellor calls for an inclusive community where antisemitism and all other forms of hate will not be tolerated.  The Advisory Council will be modelled after the Council created at the University of California, Berkeley in September 2020.

Meanwhile, Google at the same time issued an apologetic statement that it had to do better to remove the more than 150 sickening and grotesque antisemitic comments on the Google maps for the Auschwitz-Birkenau extermination camp at the Polish town of Oswiecim.  Google invited viewers of the camp to write a review with the message, “Tell us what you loved about this place.” The offensive posts have included “Heil Hitler,” “It’s a shame the SS was disbanded so long ago,” and “it’s a good place to go if you want to lose weight quickly.” In many cases the offensive antisemitic comments have not been removed after being reported. Google has been delinquent in this regard since it has the technology both to prevent antisemitic hate from being published and to remove it if it does appear on the site.

It is troubling, seventy-five years after the liberation of Auschwitz, that antisemitism is not only on the rise, but is being promoted not simply by Nazis or fringe groups but by a wide variety of individuals and groups saturated with critical stereotypes of Jews.  The list is long. At one extreme there are Islamists and the political right, of whom two may be mentioned. Alain  Mondino of the far right National Rally in France  declares that the virus was put in place by Jews to assert their supremacy.  The American far-right conspiracy theory group QAnon , bordering on paranoia, uses vocabulary reminiscent of religious concepts. This explains its claim that the Rothschild family is a satanic cult. Then there are those who are truly demented. A recent example is Robert Bowers, a white supremacist who murdered eleven congregants and wounded several others in October 2018 at the Tree of Life Synagogue in Pittsburgh because he wanted to kill Jews.

Paranoia is not limited to the right. In Spain, the far left Basque party Herri Batasuna declares that the virus is an  instrument unleashed by Yankee Zionist imperialism to prepare for World War three. Usually expressed in less extreme fashion is the antisemitism of the political left  in a considerable part of the British Labour Party. An independent report on the Party by the Equality and Human Rights Commission was devastating. It reported there was a culture within the Party which, at best, did not do enough to prevent  antisemitism , and at worst, could be seen to accept it. Anti-Jewish prejudice was rife in the party. Complaints about this were dismissed as fake or smears.  In the past three years nearly 900 members of the Labour Party were investigated or suspended for anti-Jewish hate and 63 persons were expelled.

The prognosis for the future is not comforting. The Israeli Diaspora Affairs ministry has issued a warning that Jews globally will face an increase in antisemitic incidents in 2021 due to the spreading of conspiracy theories concerning the origin and existence of the pandemic, COVID-19. Daniel Freeman, professor of clinical psychology at Oxford University has written that the pandemic “has all the necessary ingredients for the growth of conspiracy theories, including sustained threat, exposure of vulnerabilities, and enforced change.” Those conspiracy theories have reinforced existing prejudices.

It is ironic that in the continuing pandemic when some of the leading figures attempting to overcome the virus are Jews, Albert Bouria, head of Pfizer, and Dr.Tal Zaks, chief medical officer at Moderna, allegations of Jewish responsibility for the virus exist if not yet pervasive.

The world-wide lockdowns and social distancing caused by the pandemic led to a decline in antisemitic attacks and murders of Jews in 2020.  The Community Security Trust, CST, in the UK reported that across the UK there were 1,668 antisemitic incidents in 2020, the third highest total recorded, but this was a decrease   of 8% from 2019. Yet the lockdowns also have had an unwelcome effect,  becoming the opportunity for the spreading of hate in a new form relevant to the pandemic.  In fact, online antisemitism increased, especially by the use of the COVID-48  hashtag which compares Israel to the virus, seeking to take over the world, and which has been used more than a quarter of a million times.  To some extent, the number has been limited due to steps taken by the main social media companies which have acted to prevent antisemitic posts. Yet the CST recorded 41 incidents with antisemitic rhetoric related to COVID-19.

The Oxford OCEANS survey published in the journal Psychological Medicine on May 22, 2020 examined the attitudes of 2,500 adults towards the virus and measures taken to prevent its spread, and the extent of any agreement with conspiracy theories.  The survey presented a statement to be answered, “Jews have created the virus to collapse the economy for financial gain” The result was 5.3% “agreed a little,” 6.8% “agreed moderately,” 4.6% “agreed a lot,” and 2.4% “agreed completely.” Only 80% completely disagreed.

This virus of antisemitism is not new, though in effect paradoxical.  Allegations of the responsibility of Jews for disease and infection go back to at least the Black Death, 1348-51, that killed 100 million in Europe, a third of the population at that time. Jews paid the price for false accusations and more than 500 Jewish communities were destroyed. Thousands of Jews were murdered for allegedly poisoning wells, except in Avignon where the pope protected them.

The prejudicial metaphor remains. As recently as March 6, 2021, Fatin Erbakan, head of the Turkish Refah political party and son of a former prime minister, declared that Zionism had given the world the Asian flu and is a 5,000 year old bacteria that that has caused the suffering of people. With the present pandemic he said, Zionism is aiming to decrease the number of people in the world, though Erbakan does not explain the motive.

Anti-Semites use ever changing methodology to spread their hate. Throughout the world they are asserting a connection between the global pandemic originating in China  and the evil machinations of Zionists. The plots, farfetched in countless ways, and contradictory, vary. Reducing world population is one. Others are opportunities for global control, for benefitting from inside trading, benefitting from developing vaccines, acting with the U.S.  to attack China and Iran, using biological weapons, since economic solutions and military options are not available to halt China’s advance, provoking a crisis in Iran. The CST has suggested a  number of  variations on these fantasies.  The Zionists have an agenda to depopulate the world; the Jews have developed the coronavirus and blamed China; they plan to start World War III; Jewish businessmen, of whom George Soros is often mentioned, are financially benefitting, .

Conspiracy theorists declared that electronic networks, under Jews who own them, and the telecommunication  industry  had caused or were spreading the virus for financial gain.

Not surprisingly, conspiracy beliefs concerning  coronavirus are more likely to be held by the young, by those who feel marginalized, by those holding extreme political beliefs, and those who obtained their information from friends, social media, and You Tube.

Traditional antisemitism remains. A survey by NGO Not Hate in April 2020 found that 13% of Britons believe that Jews have “undue control of banks,” and another 38% who couldn’t say for sure or didn’t know. But it is sad that a crisis like the coronavirus pandemic adds to the view that  Jews are guilty of all the problems in the world. This is disturbing since studies such as that  by the Community Security Trust  indicate that coronavirus conspiracy beliefs are high, are increasing, and are endorsed by a significant minority.