The Problem of Social Distance 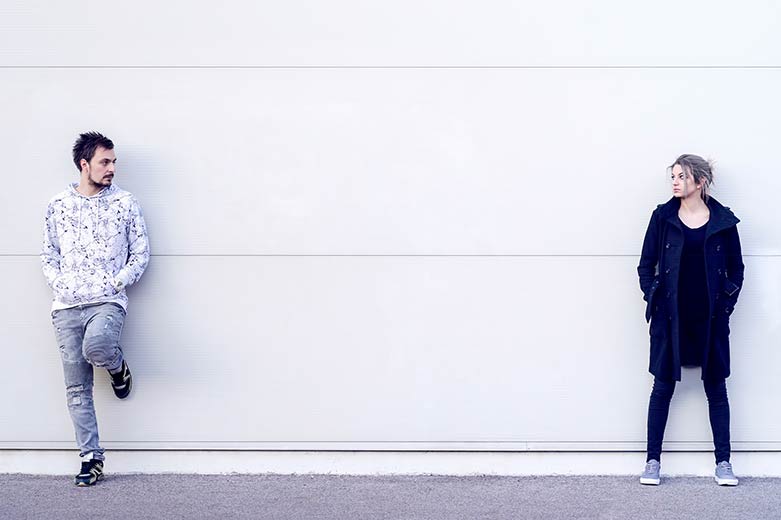 Never let love go for when it’s gone you’ll know the loneliness, the heartbreak only the lonely know. Spring is here! why doesn’t my heart go dancing? Why isn’t the waltz entrancing?

During World War II the Windmill Theater in London, famous and popular for its presentation of nude showgirls posing as living statues, tableaux vivants, had a motto “We never closed.” The theater indeed remained open during the crisis when London was bombed during the Nazi blitz. British patriots, and U.S. servicemen based in England, were almost certainly unanimous in their approval of this decision to continue this exhibition of high art and to refuse to close down entertainment during a time of crisis. During the crisis in the U.S., and elsewhere, of the threat of the global pandemic, coronavirus, Covit-19 there is less unanimity on the opening or closing of venues of entertainment as well as other issues.

The effects of the pandemic, exceptional for its severity and global nature, are being fought on two fronts, that of control of and limits on physical harm, but also concern for the economic health of the existence and future of the economic system. First, it should be admitted that major political leaders, among them President Donald Trump and Prime Minister Boris Johnson were slow to address the crisis, and have made mistakes in doing so. For everyone, efforts to deal with the pandemic have been a learning experience. With the help of health care specialists political leaders are now considering the major steps towards physical and economic health, with rhetoric of cautious optimism.

Officials face many serious unanswerable questions. To mention a few: how long will the pandemic last, how many individuals will be affected and die, the issue of interrupted supplies of commodities and food, the strain on hospitals and medical equipment, the health of business and the banking system as firms fail and unemployment increases, the degree of nationalism and unilateralism or international collaboration in dealing with the virus, the impact on immigration into Western countries, the future of democracy, the change in life styles.

All political systems are struggling with this tradeoff between concern for health and for the economy. Economic policy must accompany public health policy. A significant example was the action of the U.S. Federal Reserve to cut interest rates to zero, as well consideration by the Federal administration for taking other actions such as stimulus and credit arrangements, and even direct payments to citizens. It is essential to ensure that businesses do not end permanently, and that opportunities for productive capacity remains.

Central and highly controversial issues in this interrelationship of physical and economic health are lockdowns, and “social distancing,” actions to curtail the movements of people to prevent the spread of the disease. Quarantine is the separation and restriction of movement of people who have potentially been exposed to a contagious disease to determine if they have become unwell. Social distancing and isolation are separation of people to prevent them from catching an infection. Though the terms are different they are often used interchangeably.

Already, people recognize they should be at least six feet away from others to lessen the possibility of infection. Most countries have now imposed bans: closing air travel and long-distance travel, ordering workers in non-essential businesses to work from home, though the definition of “non-essentials” is challenging, allowing openings only for pharmacies, food supplies, visits to doctors. Restaurants, bars, casinos, sports and entertainment events, public and social gatherings, schools, have been cancelled, closed or considered for closing.

The policy of lockdowns, or curtailment of movements of people, has been challenged for four  main reasons: First, is the policy necessary?;  secondly, differences on what is an “essential” service, and therefore on what should not be closed; thirdly, concern about restraints on civil rights and liberty, even though Magna Carta did not specifically call for citizens to be able to go to pubs at any time during a crisis; fourthly the psychological impact of distancing or isolation.

The issues are compounded by two factors. One is the reality that some people, especially younger Individuals, are unwilling to abide by the rules of social distancing, and want to continue to live their normal lives. Holding that the risk of contagion is exaggerated, they still engage in meetings in public spaces, and frequent restaurants and bars.

The second factor is that, according to preliminary findings, the pandemic affects more men than women, perhaps not surprising since men drink and smoke more than women. More probable is that the virus is prone to attack the elderly, though experts warn that millennials and the young are also at risk of severe outcomes.

An attitude of social distances is contrary to civilized life and membership of community. Two things are pertinent. One is that community was shown to be beneficial in Britain during the blitz and bombing of London during World War II when many facilities were closed. In behavior, combining keeping up spirits and displaying defiance of Nazi Germany, thousands attended weekly music and dance open air performances held at the National Gallery in Central London, featuring the distinguished pianist Myra Hess and the emerging young ballerina Margot Fonteyn.

The second factor is that social distance is already present and is being overcome as most people in developed nations use virtual devices. But while the reliance on virtual devices may help with maintaining social distance, that reliance is also controversial. Personal privacy is affected, as public and private organizations use increasingly sophisticated technology, surveillance and tracking technologies to gain data information on individuals. Official bodies can and have used this data, intended to protect public health, to impose restrictions on personal behavior. The question is whether this control is to be seen as violation of freedom and constitutional rights.

This loss of freedom, and depriving people of their liberty for both their own good and social good, is contentious. Litigation in courts of New Jersey and Connecticut regarding two issues, refusal to undergo vaccination against smallpox, and quarantine and isolation imposed on returning health workers during the 2014 Ebola crisis focused on the 4th and 14 amendments of the U.S. Constitution. The authority and responsibility of state health officials, and the right of state and local governments to use police powers to impose quarantine was upheld in February 2017. In the present situation, a community has the right to protect itself against an epidemic. The Public Health Service Act allows officials to impose regulations, including detention, to prevent the spread of infection.

Along with these actions, public authorities should clarify three things. One is to dispose of unrealistic expectations that the virus will go away quickly and completely. Another, they must end the absurd conspiracy theories, that the virus was the result of nefarious activity by ethnic groups in society, and which associate an individual or  group   sharing similar characteristics with responsibility for the virus. A third is to ensure equity in treatment of poorer people.

Everyone understands that the U.S. has to deal with the control over the virus, and with the dire economic consequences its spread has caused. It must also consider the negative psychological effects of distancing and isolation, anxiety over the uncertainty of the disease, confusion, anger, stress, and boredom, financial loss, and stigma. Interestingly, the 82 year old actor, Anthony Hopkins, who is in self-quarantine seeks comfort and company by playing the piano for his cat.

The paradox is that we are instructed to keep distance from others, to protect them as well as ourselves, but it is beneficial to reach out to others. Isolation and social distance, are not equivalent to loneliness but they may exacerbate loneliness, and the longer it goes on the  more difficult it is to recover. Studies show that loneliness causes stress, has physical effects, such as increase of cortisol, the key stress hormone, damage of blood vessels, heart attack., diabetes, depression, feeling of not belonging. The report of the National Academies of Sciences is that social isolation is a public health risk, mainly affecting older people. Data shows that in the U.S. a quarter of those over 65 are considered socially isolated. They also show that 45 per cent of older adults felt lonely.

Public health authorities should consider the issue of those distanced or isolated without good networks. Networks such as video conferences which provide facial expressions, phone calls, are held to be better than emails. One problem arises, as video conferences replace personal meetings is that the volume of internet traffic may be more than the system can bear, especially in rural areas.

Three last things to consider. The first is to ensure that the economy, suffering from a downturn, job losses, closing of businesses does not lead to recession. A second is to ask, with the increase of interlocking technological networks, will the effect of the virus change social life and the nature of citizenship? Will it be true that “whither thou goest, I will go”? Another is to ensure that the restrictions and adjustments of personal liberty be as temporary as possible.

PrevMichael Rectenwald to Read from Springtime for Snowflakes, Google Archipelago and Beyond Woke (upcoming)
Anti-Israel Fanatic Would Rather Be Infected By Coronavirus Than Be Protected By Israeli VaccineNext