The Problem of Woke in the U.S. and the UK. 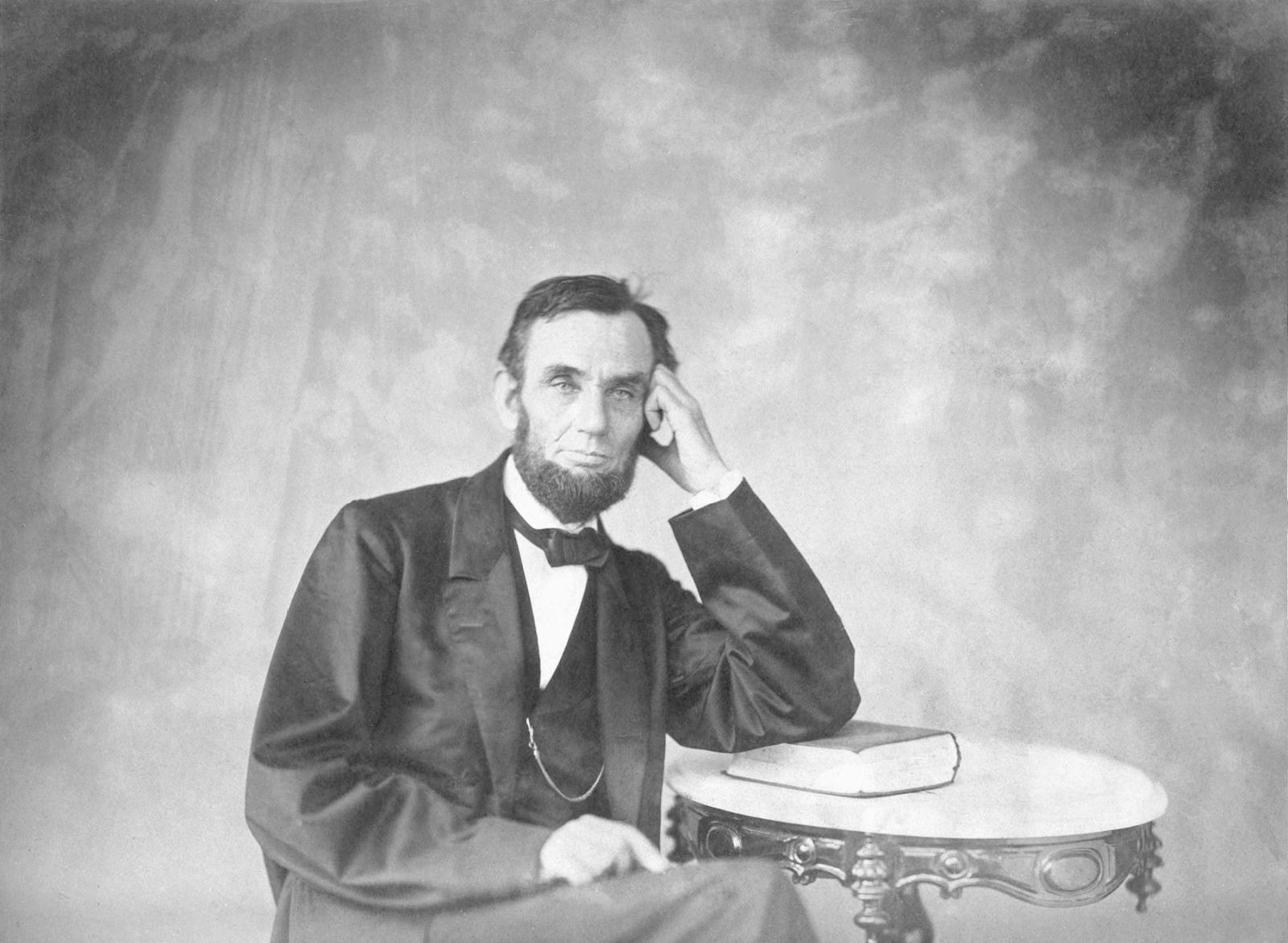 In recent years the word “woke,” originally associated with African-Americans fighting racism, has become ubiquitous largely as a result of the BLM movement. It has been increasingly used as a byword for social awareness, for being alert to racial or social discrimination, injustice, or prejudice, and is at the center of discussion and action in both the U.S. and the UK.  Not all are happy about this development. Noticeably, in February 2021 French President Emmanuel Macron warned of “certain social science theories” imported from the U.S. French politicians and intellectuals are expressly concerned that these theories of race, gender, and post- colonialism are undermining French society.

Whether those social science theories are also undermining American and British society is a controversial matter of political judgment, but they are undoubtedly becoming more consequential. In these troubled times of the Covid-19 pandemic the city of San Francesco is struggling with a variety of problems, one of which is distance learning. It is reasonable to suggest that its focus of concern should be on safely reopening public schools for in person learning. Instead, the preoccupation has been on conversations and decisions about the names of the schools. The San Francisco Board of Education in February 2021 voted 6-1 to rename 44 schools, nearly a third of schools, those named after individuals accused of racism or sexism or dishonorable ties.

A committee was appointed in San Francisco to study the names of district schools after the deadly riots in August 2017 at a white supremacist rally in Charlottesville, Virginia. It was asked to identify schools named for individuals who were slaveowners or had connections to slavery, colonization, exploitation of workers, oppression of women or children, or who espoused racist or white supremacist beliefs. At the core is the problem of applying contemporary moral standards to historical figures.

Some of the suspects have been familiar for some time. George Washington, Thomas Jefferson, and James Madison, whatever else they did, owned slaves. Others are more surprising, Abraham Lincoln because he allowed execution of 38 Native Americans in the Dakota War of 1862, and others such as Francis Scott Key, composer of the unsingable Star Spangled Banner, Paul Revere whose midnight ride on April 18, 1775 to warn of the approach of British forces, is rarely remembered, and Spanish priest Junipero Serra who is alleged to have aided the Spanish conquest and colonization of what is now the state of California. Most surprisingly, California Senator Dianne Feinstein is a guilty party because she, when mayor of the city, replaced a Confederate flag that had been vandalized while it was placed outside the city hall.

Historians have assessed the famous guilty parties, Jefferson had 600, Washington 300 and Madison had 100 slaves. In addition, Benjamin Franklin had 7 slaves, and Alexander Hamilton married into a slave owning family. Other presidents await their turn for dethroning: Zachary Taylor with 300, Andrew Jackson 200, James Monroe 75, and James Polk 58 slaves.

But Abraham Lincoln, the great Emancipator? His case allows discussion of the general issue of toppling or defacing. The Dakota tribe, the east branch of the Sioux, in Minnesota facing loss of their land and treaty violations by the federal government and suffering from hunger in 1862 had attacked settlers and immigrants which led to conflict with federal troops. As a result of the war which ended in September 1862, hundreds of Dakota were captured , a military commission tried those who were accused of participating   in the war. The tribunal, a military proceeding, sentenced 303 to death. On the basis of a July 1862 law, the president was given authority to approve or decline death sentences. The decision of the tribunal was sent to Lincoln who commuted the death sentence of 264 of the condemned, believing they had been involved in legitimate defense against military forces, but agreed to death of 39, soon changed to 38. The men were hanged in public on December 26, 1962 in Mankato, Minnesota, the largest mass execution in U.S. history.

In making his decision, Lincoln had been confronted by threat of mob violence, a mob stoked by local political leaders wanting vigilant justice and favoring execution.

There was no trial by jury, nor attorneys to plead before the military tribunal on behalf of the accused. Lincoln’s decision was that only those who had committed “massacres” were condemned.

The problem of Lincoln, who issued the Emancipation Proclamation on September 22, 1962 to be enforced on January 1, 1963 , freeing all persons held as slaves in the rebellious states, remains. In the Dakota case occurring at the same time, was he a compassionate seeker of justice, or a politician who acted out of political expedience, a leader who balanced justice with military concerns?

Most surprising in the San Francisco list is the appearance of Diane Feinstein, the 87 year old Senator of California and first female mayor of San Francisco, 1978-1988. She is accused because of an action in 1984.  In the city at that time the Confederate flag was one of 18 flown to symbolize the various stages of American history, what she called “the more than 200 years of America’s rich  history.”  A group of socialist activists led by a man named Richard Bradley removed the flag from its pole in the civic center, cut it and burned it.  Feinstein and San Francisco officials replaced the flag but it was removed again. This time she did not replace the Confederate flag and finally agreed that in its place a flag honoring Union soldiers from California would be flown.

Britain in recent years has shown the influence of “woke” in at least three ways. In January 2021 a group called Historic England issued a 157 page report that linked British villages, halls,  churches, church repair and road works, and pubs to slavery. A few of the guilty can be cited. St. Nicholas church in Deptford, London, contains memorials to two individuals, Edward Fenton and John Julius Angerstein who co-owned plantations in Grenada, and set up Lloyds of London. In Nunnington, Yorkshire, attention was drawn to a school built by William Rutson, grandson of a cotton merchant and slave trader who had furnished the church and built houses in the village.  In Holnest, Dorset, focus was on a gravestone commemorating John Sawbridge who married a member of a slave-owning family of Barbados.

A second illustration of the woke is the National Trust, a charity and membership organization for heritage conservation, whose purpose is to promote the preservation of, and public access to, buildings of historic or architectural interest. Its properties include more than 500 historic homes, castles, monuments, gardens, and parks, and it is the largest private land-owner in the UK. It now states it has been influenced by the BLM movement and is committed to research and interpretation of the histories and the legacies of slavery, colonialism and colonial expansion connected with its properties, and the cultural links to that colonial expansion.

The Trust reports that funds resulting from foreign conquest and slavery, especially the activity of the East India Company, were the basis for building many of the houses and properties, the country houses, cared for by the Trust.

Attention is drawn to some places with imperial links: Buckland Abbey, Devon, associated with Sir Richard Grenville and Sir Francis Drake, which contains a magnificent self-portrait of Rembrandt:  Ham House, near Richmond, historically  important, and with a treasure trove of late 17th century furniture and painting; Powis Castle, medieval castle and fortress in Powys, Wales, connected with the Clive family because of the artefacts brought from India, though Clive of India himself never owned or lived there; Chartwell in Kent, home of Winston Churchill, 1922-1965.

A third illustration of woke is a political act. On February 8, 2021 Sadiq Khan, Labor party Mayor of London since 2016 set up a commission of 15, said to be of diversity in the public realm, to review London landmarks and “raise public understanding” of statues, street names, names of buildings, and memorials in the city. It is not supposed to decide on what names should be changed.  However, the membership appears foreboding and seems to include mainly those critical of present society. Among its members are Riz Ahmed, a Muslim of Pakistani ancestry,  actor of Star Wars and a strong public critic of Boris Johnson who he called “overtly racist”, Toyin Agbetu, British- Nigerian social rights activist ,most well known for his rude interruption of the speech of Queen Elizabeth II during the ceremony on the 200th anniversary commemoration of the  abolition of slavery held in March 2007 at Westminster Abbey, Lynette Nabbosa who holds that white supremacy is rooted in British history and that the UK “birthed slavery and colonialism,” and Andrea Emelife, art critic  who called for a decolonized art world.

Mayor Khan has called on the group he appointed to improve diversity in London public spaces, but they may produce a false historical narrative. It remains to be seen if Khan is reducing London’s history into politics, and if woke will prevail.