The Puzzle of Identity 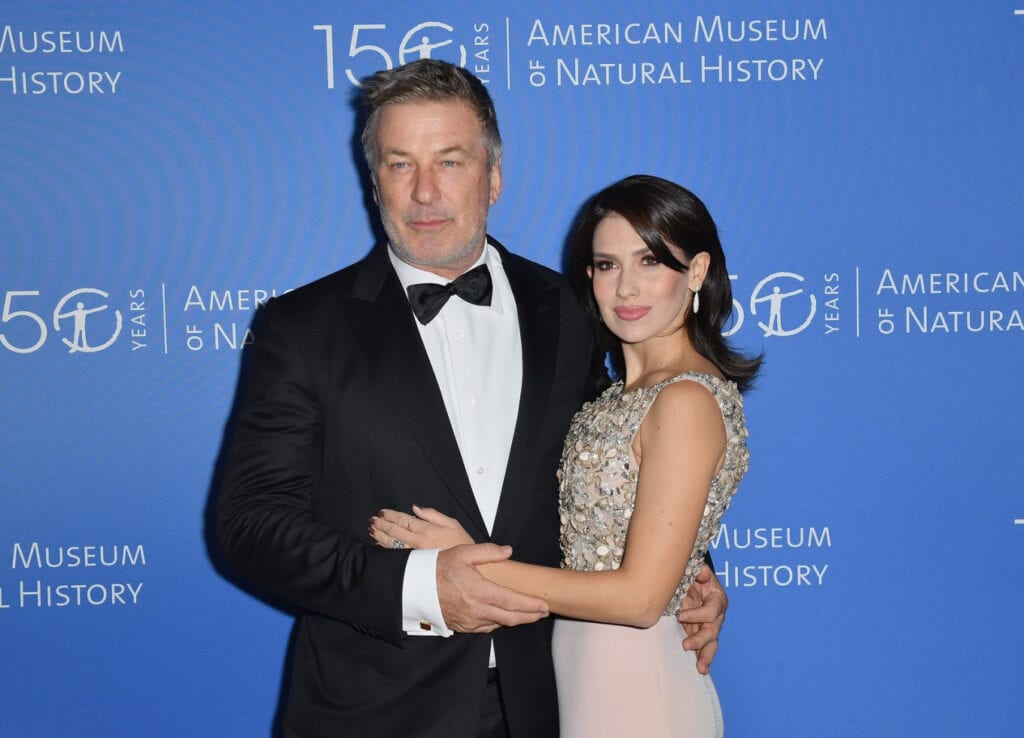 In an interview on December 29, 2020 the lady, the 36 year-old wife of actor Alec Baldwin, who calls herself Hilaria Baldwin found it strange that comments were mounting that she, a self- called famous person with thousands of followers, was not what they thought she was. Her very identity was now the subject of international debate and skepticism. The lady, born Hillary Haywood-Thomas, was born to American parents, a father who was employee in a real estate firm and a mother who was an internal medicine specialist at Massachusetts General Hospital, lived in a $4 million house on Beacon Hill in Boston, and went to school in Weston, Massachusetts. For some years Hillary purported to be Hilaria, and her website posted she was born in Mallorca, Spain.

Hillary-Hilaria is bilingual, and she speaks English sometimes with a Spanish accent, depending on her emotions at the time. She has five children all of whom were given Spanish names. In a TV program, a cooking show, she appeared confused about the English word for cucumber. She finally confessed, “I am a white girl, my family is white. Europe has a lot of white people …people say I’m not being authentic, it hurts my feelings.” She continued, “there is a difference between hiding and creating a boundary.” It is unclear whether the boundary of Boston is a colony of Spain.

The issue of “boundaries,” of identity and identity crisis is not new, but is familiar from philosophers including John Locke and William James, and even in the puzzle in Plutarch’s Tale of the Ship of Theseus. If a ship has gradually had it planks replaced with new ones, at what point does it have a new identity?

Hillary-Hilaria cannot be mistaken for a giant of philosophy, but her case, whether one of deliberate misrepresentation or playful, concerning the idea of identity adjusting to changing circumstances does give rise to the need for clarification of terminology on classic issues, and above all to examination of the questions “Who am I?”  or what is my true self.

The concept of identity, both a personal and social construct, is difficult to define both as an abstract term and as assessment of the priority of values, experiences and relationships that individuals have. Stemming from the Latin root idem, the same or self, identity indicates sameness or self, something we are, and something we have in common or in comparison with others. For the most part identity is not chosen, but the result of upbringing, objective factors such as race or sex, acceptance of the values of family and peers or the dominant culture. But it is also influenced by a variety of factors: occupation, religious and political beliefs, moral principles, the many relationships formed by people, and by deliberative choice. Everyone sees the world from their own perspective, “chacun voit midi a la porte.”

However, self-assessment of identity can be questioned. An interesting example of this occurred in November 2020 when Queen Elizabeth II refused to allow Prince Harry to have a wreath placed on his behalf on the Cenotaph on Remembrance Day, alongside those of other members of the Royal Family. She reprimanded Harry for trying to pick what he did in the affairs of the monarchy, Harry lacked understanding of his identity as a non-working Royal.

Identity is based on both objective and social phenomena, role models, family and peers, race, ethnicity, social and economic class, political and religious opinions, physical appearance, sexual preferences, occupation, and affected by encounters and relationships, and choices made. Definition must take account of two factors. One is that individuals can have multiple identities, depending on social contexts and circumstances, a situation fraught with possible contradictions. A partial list would include religious, gender, cultural, ethnic, national, professional, occupational, marital identities, and perhaps a collective identity, one of belonging to a group that may be shared with other people and is considered more important than any individual factor.

At the core of multiple identities is inevitability of change. Hillary-Hilaria explained that as she grew older, she wanted to choose a version of her identity and choose Hilaria. Sense of self is created as new facets are developed and incorporated in one’s identity and basic values are chosen. The process is continuous, and there may not be a “final” identity, fixed and permanent. This argument has been best expressed by Erik Erikson, anthropologist-psychiatrist, who argued that people go through a series of changes from infancy to later adulthood. Identity is established during adolescence and people overcome identity crises, confusion and instability, as they struggle with alternatives and choices.

A second factor is that in the present age stability of identity is made more difficult by the process of globalization, a process that among other things, permeates cultural and social boundaries. Whether one conceives of identity as a social construct, fluid and not biological, most people will traditional identity with ethnicity, race, religion, nationality, but this may change as a resulting of encountering foreign peoples with their different habits, norms, and ethnic and religious beliefs. The French may have a love of wine, but so do many others.

The U.S. in recent years has been treated to interesting examples of a choice of identity. One can take examples of two white women of different backgrounds and religions who made such a choice.

Rachel Dolezal was an activist, a former president of a chapter of NAACP, who was born in 1977 to white Christian fundamentalists in rural Montana. She pretended to be and was self-identified as black, Nkechi Diallo, and was married for a time to a black born-again Christian, taught at Eastern Washington University. The question arose. Was the lady committing cultural appropriation and fraud, or was her self-identification genuine?

Jessica Krug, or Jess la Bombalera, is a white Jewish woman born in the suburbs of Kansas City, who obtained a doctorate in African history at the University of Wisconsin, Madison, and was an associate professor of African American history at George Washington University.

She decided to live as black, altering her appearance, darkening her blonde hair, creating an identity first as a person from North Africa, then Afro-Latin, Caribbean rooted, then from the Bronx, sometimes coming from the Dominican Republic and sometimes from Puerto Rico. She used a lot of Spanish when teaching, and said she was involved in a committee overseeing police in the Bronx. After her real background was disclosed Krug described herself not as a culture vulture but as a “culture leach.” Ironically, her true background was disclosed during a discussion about the writer H.G. Carrillo (Herman Carroll) who was revealed to be African-American, not Afro-Cuban as he pretended.

More problematic than the case of the deluded ladies creating false identities is the puzzle about French President Emmanuel Macron, a strong French nationalist and avid European.

Macron in his early career was an assistant to Paul Ricoeur, French philosopher well known for his notion of “narrative identity,” identity arising from performative acts, narration, and  self-articulation. Ricoeur rejected the Cartesian concept of rational isolated unified individuals, arguing that personal identity is not fully stable or self-transparent, though not incoherent.

Macron, without using the tortuous language of Ricoeur, accepts his argument that people do not have a fixed, permanent identity, particularly in the present climate of social diversity, and influences. The argument is one of multiple identities. In his New Year’s message 2020, Macron appeared to combine these. First of all, France is in Europe yet “French sovereignty is national and I will do everything to ensure we remain the maters of our destiny and our lives. But this sovereignty also acts through the stronger moral authority, and more united EU that we have built in 2020.” Europe must have a vision as a political community, not just a commercial market, and Europe can only be political power in the world when it knows how to protect itself. It is noticeable that in his speeches Macron uses the phrase “en meme temps,” at the same time, posing two seemingly incompatible themes. Which, if either, has priority, French nationalism or European identity?

Macron entered politics with the slogan “neither right nor left.” He has governed as a technocrat, concerned with the French economy, with the role of EU, and with Islamist separatism in France. However, his recent utterances show him as a self-serving politician, conscious of his decline in public opinion polls, and conscious of the challenge of Marine le Pen in the next presidential election. The puzzle exists because Macron is a great actor, a political seducer, capable of drawing from everyone and points of view that might be of service to him.

Macron’s identity touches on what he calls the “folds of history,” of consideration of those regarded as victims.  Specifically, he touched on the case of Marshall Petain, great soldier, important in Verdun in 1916, but “who made disastrous choices during the Nazi occupation of France.”  It is absurd, Macron holds, to say Petain no longer exists. But is even more important to remember that collaborators also existed in France. Without a clear decision of the priority of these different “folds,” the real identity of Macron remains ambiguous, at best.