The Return of Belle Epoch Hysteria 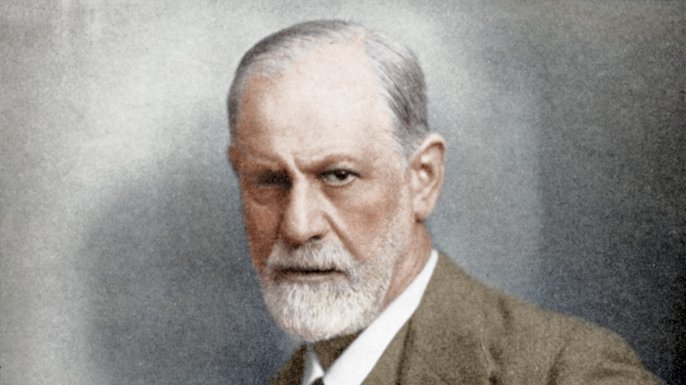 Sigmund Freud’s project of psychological enlightenment seems to have failed. For his struggle to tame the 19th century plague of hysteria could well have come to nothing because it is back with a vengeance. His first major work, published in 1895 together with his teacher Joseph Breuer in Vienna, was titled “Studies on Hysteria.” In it the authors assumed an external trauma being responsible for that neurotic condition. Yet soon afterwards Freud abandoned not only his teacher but also the concept of trauma as the driver of neurosis. In his famous psychoanalytic turn he ceased to believe in the role of traumatic abuse in girls reporting rape by adults.

This was a kind of opportunistic move in his part for it helped deflate political tensions concerned sexual inhibitions exacerbated by the widely covered Hilsner Affair of the Bohemian town Polna in 1899. Soon enough it would be denounced as ritual murder and rape of an underage girl blamed on the innocent Jew Hilsner, exploiting the old anti­semitic trope of blood libel. Throughout his career Freud hypothesized that neurosis had no external cause and in particular hysteria emerged form the sexual drive feeding into imagination. Only at the end of his life with Hitler’s henchmen on his heels, forcing him into his London exile Freud deigned to concede again a role of external trauma in neurosis, at a time when hysteria had gone mainstream under Hitler.

However in the 21st century hysteria has made an unwelcome reappearance. Evidence for this seems to be all over the place. I myself witnessed it recently at the birthday party of my godchild in Hamburg Germany. After dinner the talk not unexpectedly turned to Donald Trump, as a result of which my wife and myself had to endure a full throated cacophony of unanimously derogatory remarks – a ritual which has taken hold all over Germany these days. Yet when we tried to point out the prevailing conformism of Trump-­bashing as intellectually sub­standard, hell broke loose. This was the moment when the Millennials at the party, among them my godchild, began crying hysterically and yelling at us. Never before in my life have I felt so intimidated and isolated among what I considered family and friends.

To add just one more example albeit from the other side of the Atlantic and occurring in the public arena on a larger scale. I am referring to the ordeal suffered by one of my favorite American thinkers, Charles Murray, trying to deliver a talk in Middlebury College Vermont on March 5, 2017. Agitated crowds of young students would not allow Murray to exercise his right of free speech. In a hysterical stampede lasting for hours the students wouldn’t cave in. What most shocked me is how these kids appear to be totally unilaterally conformist or brainwashed. If haven’t read of any disciplinary action so far. Yet these scenes come pretty close to rioting Nazi students in Weimar Germany in the late 1920s. You can watch it  here:

William Pfaff in his famous study “The Politics of Hysteria”, published 1964, has identified the Faustian spirit of limitlessness as the source of twentieth century political hysteria, which again seems to be spreading on American campuses. Nerves seem to lay bare. It would be interesting to look inside the heads of these agitated students in order to understand what’s going on. A good example of hysterical politics would be anarchist, feminist or gay activism before and after the two WW’s. By rejecting their inner self completely, these radicals would turn their back on the families which raised them and bombard anyone with endless accusations until they get their will. This is known as peer group dynamics or exalted Nietzschean voluntarism straight from the play book of Arthur Schopenhauer’s “The World as Will and Representation” of 1844 and 1859. This attitude has conquered the Western mainstream and is now display in Berkeley, Hamburg and Middlebury.

Yet the flip side of this is an alarmingly other-­directed personality, described by David Riesmann in “The lonely Crowd,” given to heteronomy as generated in social media and other group mechanisms. The modern neurosis of political correctness, micro aggression and safe spaces can be explained by this concept of relying only on ones outer self, also called Adam I, as described by David Brooks (“The Road to Character”). A case in point is again gay dependency on external approval. Instead of freely offered love in the family, they prefer state­-mandated “acceptance” by the general public which means asking for a lot more than tolerance.

For once set off this produces limitless demands on others, which predisposes individuals to hysteric reactions, attitudes lacking composure. This is based on a deluded philosophy of self­-sufficiency which tends to break down easily. After all those individuals are fragile due to switching loyalty from the protection of the family onto the centrifugal or competitive peer system. There are also two antagonistic concepts of freedom involved which can be described as inner versus outer or religious versus animal freedom. As a rule of thumb the latter tends to create hysteria while the former composure and serenity.

Inner ambivalences and conflicts about ones identity, Freud taught us, are part and parcel of growing up. Yet Freud would swerve issues of homosexuality not least because gays often attempt to recklessly externalize inner conflicts, instead of dealing with them under the tutorial of conscience and their inner sense of justice. Making a habit of this gays became the only people under the sun insisting they can not be therapied. Yet It is worth noting that Freudian psychoanalysis shared with gender politics the disdain for guilt feelings and religion. It is one of the reasons why Freud underestimated the destructive cultural impact of same sex. The crucial point here is this: once gender activists rid themselves of the voice of conscience and God, they feel free to make truth claims about their emotional “coming out” offending the common sense of others.

Sure, this was only possible within the expressionist environment provided by cultural Protestantism that has prevailed in Europe and the West ever since the Belle Epoch. Not for nothing did Protestant expressionism also conjure up naturalist nudism and anarchism, responsible for attempted assassinations by the thousands in the latter third of the 19th century and finally triggering WW I. It is because of this background of radical secularization that issues of sexual identity emerged fairly recently most powerful in the mainstream Protestant culture of America. However without centuries of ongoing Hellenization starting in the Renaissance the same­sex culture would be unthinkable in the West. It is basically Greek “mirror thinking” that creates the ideology of external sameness with its metaphysical “double” feeding identity politics.

Mirror thinking as the default mode of Greek metaphysics prevailed as the cultural standard well into the 19th century, right before the onset of the gay movement, as M.H. Abrams has shown in his epistemological study “The Mirror and the Lamb” of 1953. He makes it plausible that in Fin ­de­ Siecle, the romantic climax as it were, mirroring expressionist sex would become all the rage. No doubt, the famous Greek Narcissus falling in love with his own mirror image remains the template for same­sex attraction.

In the 1880s Friedrich Nietzsche explored the limits of Greek mirror metaphysics in his trilogy of “Zarathustra,” “Beyond Good and Evil” and “Genealogy of Morals” all of which introduced the new paradigm of “fiction” or pop fantasy that still rules the Western mind. In Philip Rieff’s historical periodization antiquity had been governed by “Fate,” the Middle Ages by “Faith” and modernity keeps being animated by “Fiction.” Ushered in by the romantic outreach to infinity this era is marked by the rejection of limits – a motive that is still driving Western consumerism as well as secular expressionism culminating in recent identity politics. Yet its first innocent female version emerged early on in Victorian times and was called hysteria. Obviously today it is safe to assume that sexual repression can certainly not be the reason for the return of hysteria, as it is believed to have been the case in Freud’s time.

Back then as today the greater role in coping with out -of-control­ expressionism fell to medical drugs, alcohol and all sort of recreational sedatives. Even psychoanalysis, designed as a coping strategy, was not powerful enough to overcome Freud’s own lifelong addiction to cigars which eventually killed him. Good old religious conscience, fiercely rejected by Freud, would probably have done the job. This delicate stuff was laconically commented on in “Zeno’s Conscience,” the 1923 novel assisted by James Joyce and jotted down by his close friend Italo Svevo in Triest – the city at the time described by some as a splendid sea resort of Vienna brimming with Freudian “oceanic feeling”.

The English translation however rendered Svevo’s text in plainly Protestant terms as “Zeno’s Confessions”, surely unthinkable in the Mediterranean culture where consciousness and conscience are almost one and the same. Now in times of the legalization of cannabis one would be forgiven to suspect liberal censorship at work here, breaking everybody loose of religious categories such as conscience and guilt. Perfectly fitting into this state of denial of transcendence is a new bestselling novel “The Tabacconist.” Its Austrian author Robert Seethaler enthusiastically embraces Freud’s addiction to cigars, telling us that as a regular customer Freud helped a poor Viennese Kiosk owner to survive. All this is set against the dark and sligtly morbid prospect of Hitler’s looming annexation of Austria. Yet again this novel exploits the fashionable trend of plunging into Fin­.de­.Siecle decadence – a cultural turnaround that is quitting decades of Western anti­smoking rationale under the new gender fancy of giving in to passions.

In other words loss of control, including addiction, becomes increasingly socially acceptable and the flip side of that is apparently the new surge of hysteria. This has a long history in Europe with roots in the medieval Faust saga, celebrating the Nordic heathen, unafraid of crossing any barriers. With the medieval myth of the Holy Sinner Christianity has lent support for this mentality which falls under the Hellenization of monotheism. In this reading Christ is rendered as paragon of personal completeness in this world like any celebrity rather than in idealized transcendence. This became the template for reckless modern individualism.

For the denial of dependence from religious guidance and parental authority in the family is very likely the root cause of modern hysteria which was then exacerbated by fascism, the authentic Western loss of control. Protestant expressionism with the limitless externalization of the self at any cost is the formula of the Faustian soul. This philosophy of limitlessness drove the imperialist aspirations of the West but has long been turned inward. This would eventually undermine the power of the dual voice of the divine and mundane father, rendered by Rieff as “vertical in authority” which includes parental protection. If this is missing anxiety and hysteria are unleashed.

Most great Western thinkers were single, unmarried men and scientists, fleeing the family and hence force driven by the Faustian spirit. It was regularly combined with wholly idealistic ideology, which reflected an unacknowledged denial of inner conflicts.

By getting rid of our conscience we come dependent on external recognition and are craving for proof, the shared weakness of Protestantism and genderism. It is this craving for being taken seriously that is the mark of hysteria and it is certainly a result of two generations raised under the auspices of anti-­authoritarian gods.