THE RETURN OF THE FASCES Namier, I have been told, was once asked what the difference was between the Left and the Right.  ‘It is very simple.  The Left invented the class war, and the Right implements it.’  Matters have got more confused subsequently.  The Right’s efforts to achieve their programme have been persistently hampered by being labelled as the Far Right, and then as Fascists.  Italy claimed the hereditary title to Far Right, a claim enthusiastically endorsed by the Left, both the Far and the Liberal factions.  ‘Fascist’ is the most convenient term of abuse in the political lexicon. It needs no explanation or definition, being widely used as a lazy shorthand for any kind of authoritarian action or policy by government. More simply, it is a stick to beat non-liberals.  ‘Fascism’ is indispensable.

And now Italy, the birthplace of Fascism, has voted in Giorgia Meloni as the leader of Fratelli d’Italia, the Far-Right party and supposed heir to Mussolini’s Fascists.  Her claim is to inherit the respectable side of Fascism, its emphasis on ‘God, Family, Country’.

She advocates an end to the mass immigration of non-European peoples to Europe and is openly nationalist.  For her, the unaccountable transnational elites are the true enemies of the nation.

These perfectly reasonable views have now been supported by some 44% of the Italian population, a result that should agitate the liberal Left, for whom the March on Rome, exactly a century ago, is as yesterday.  A TELEGRAPH writer says that ‘Meloni uses the iconography of Fascism’. These fears are reinforced by the strident headline of THE ATLANTIC: ‘The Return of Fascism to Italy.’  The Left, especially the Liberal faction, does like to curdle our blood.

The sinister past ended with Mussolini’s death, shot by partisans and hung upside down with his mistress.  (Brilliantly evoked by Laurence Olivier as Coriolanus, who in his final outburst of fury leapt up a flight of precipitous steps where he allowed a dozen spears to impale him.  Poised on a promontory some twelve feet above the stage, he toppled down to be caught by the ankles so that he dangled, inverted, like the slaughtered Mussolini.)  His downfall came from the unforced, fatal declaration of war against France.  His previous record bears scrutiny and had a positive side, appealing as it did to the glorious traditions of the Roman empire. 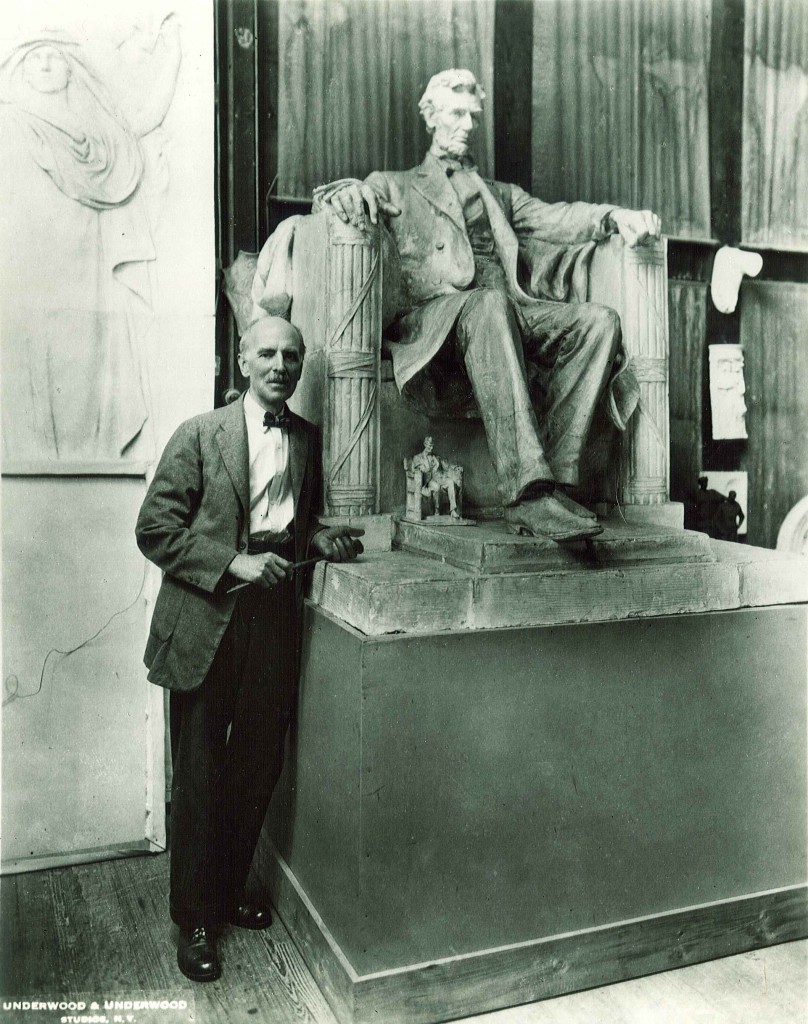 ‘Fascism’ derives from ‘fasces’, the Roman symbol of authority.  It consists of a bundle of rods, bound together with a leather throng, and having an axe in its centre.  The threat was real: St Paul says: ‘Thrice was I beaten with rods’ (2 Corinthians 11: 25).  But there is another side to the fasces, and Abraham Lincoln embodies it. In the Lincoln Memorial, sculpted by Daniel Chester French. Lincoln is resting his arms on a chair consisting of fasces.  It symbolizes the benign power of his authority and does not include the axe.  But the structure at the foot of the stairs does consist of fasces with an axe.  The overall concept is that the fasces mean Union, the binding together of all parts. The subtle message is that America is the true heir to Rome and its empire.  By sublime coincidence the statue of the Lincoln Memorial was unveiled in the same year, 1922, as the March on Rome.

Exactly a century later, the Left now thrills to the Return of Mussolini’s party.  But this is not how Italians see it.  They are ready for a decent centre-right party with policies that command a deal of popular assent, like the Fratelli d’Italia whose manifesto was populist and anti-immigration.  More, Italy is in step with other European movements.  Sweden Democrats have done well in their election, turning back the nation’s long traditions of ultra-liberal policies.  They have had it for uncontrolled immigration which has blighted Malmo and other centres. France and Germany have shown similar movements.  In brief, Italians are in no mood to ‘follow an antique drum’, or to be cowed by the shade of Mussolini, the presiding spirit of the Far Right.  Fascism is now a turn for elderly troupers, who expect calls for a repeat performance that belongs in a retirement home.  They are condemned to be challenged by the Far Liberals.

PrevThank you Bartlett Sher, the Director of “The King and I”
Ordination of the Seventy at MagadanNext