The Russian Threat in the U.S. and UK

Don’t count stars or you might stumble, someone is a threat and down you tumble. 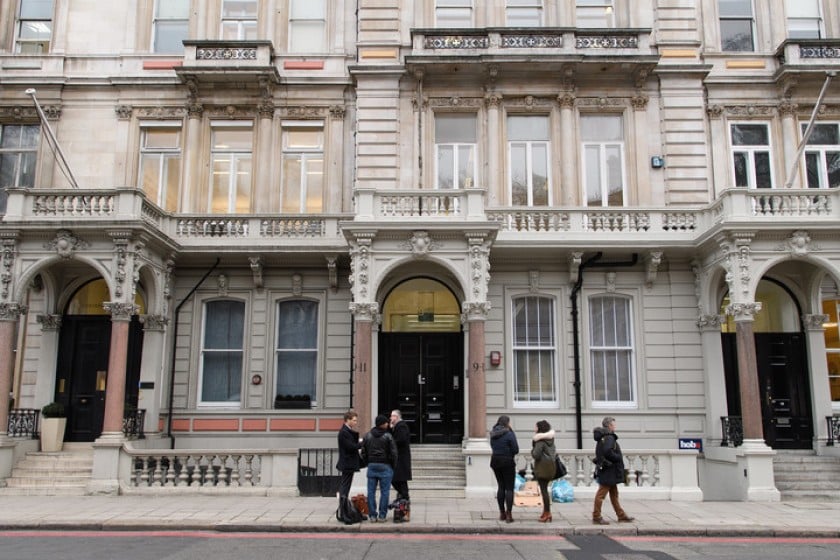 By now the U.S. and Western democratic countries are fully aware of the significant and enduring threat posed by Russia. Kremlin malfeasance and destabilization embraces disinformation campaigns, fake news, cyber-wars, sabotage, subversion, military operations, assassinations, and Russian expatriates accepted because of their wealth and integrated into Western societies. There are four relevant questions: to what degree has Russian interference affected political events in the U.S. and the UK; why were official authorities slow or reluctant to respond to the threat, usually for fear of being involved in political issues; why were social media companies unwilling to play a role in limiting the threat; and what actions can be taken by Western authorities.

On July 21, 2020 the UK Intelligence and Security Committee, the statuary body, consisting of nine members of the House of Commons and the House of Lords responsible for oversight of the UK intelligence community, delivered its report on allegations of Russian interference in British politics. The by-partisan Committee delivered a scathing analysis of the failings of post Brexit referendum successive governments and the intelligence authorities in response to the Russian threat. It concluded that Russia was and is a serious threat to the UK, and that the country has badly underestimated the threat, the hacking, disinformation, and political meddling.

British authorities had failed to conduct any proper assessment of Kremlin attempts to interfere with the referendum 2016 Brexit campaign or the campaign for Scottish independence in 2014, nor has there been any post-referendum analysis of Russian activities of the kind looked at in the U.S. concerning the 2016 presidential election.

The Committee Report cautiously states there is no definite conclusion on whether Russians did interfere in the Brexit campaign or the campaign for Scottish independence because there was no real official effort to find out. Successive governments, and social media companies, failed to respond adequately to the threat posed by the Kremlin. Yet, although there was no clear official answer about Russian interference in the UK the preponderance of pro-Brexit and anti-EU stories that appeared in Russian outlets, and channels that they influenced, suggests Russian activity tried to have an impact. Russian influence in the UK is now “the new normal” and the UK is a major target for Russian disinformation campaigns, only behind the U.S. and NATO.

The report indicates prominent figures who have some business links to Russia or have worked directly for major Russian companies that are linked to the Russian state. Names are mentioned of some Lords, some members of the House of Lords, who had links to Russian companies; Lords Skidelsky, board of oil company Russneft; Fairfax, shipping firm Sovcomflot; Ponsonby, oil RNG Joint Stock company; Barker, giant aluminum  ENT; Mandelson, diversified holding company Sistema close to Kremlin; Myners, director of MegaFon, telecoms group; Owens, contact of Epion Holdings; Sir Michael Peat, former secretary of Prince Charles, board of Evraz. The House of Commons already has rules on financial relations with foreign countries; the  peers in the House of Lords do not The case is clear, they should disclose  their business links to Kremlin in all activities, including shell companies,   offshore finance, counter-terrorism, trade, and investment.

What is the explanation for the British official inactivity? One is that governments saw counter-terrorism as the priority, and so national security was given less attention. Another is that it is hard to pin down a spy unless he or she is caught red handed.  Yet evidence to the contrary is plentiful. The British capital is now Londongrad, the city in which Russians can launder their money. That money is evident in charities, and in cultural and political institutions, exerting patronage and influence. Russian oligarchs have donated to political parties, and have hired professionals for business purposes. They include not only peers of the House of Lords but also lawyers, accountants, estate agents, public relations professionals working for wealthy Russians, who are de facto agents of the Russian state. Among other places, those agents have targeted the Foreign Office and the Porton Down top secret Military Defense lab in Wiltshire.

The UK national security issue and political repercussions is likened to that of the U.S. in many ways, but especially in the case of the controversial ex-spy whose dossier has affected political activity for at least four years. Christopher Steele was recruited from Cambridge University into MI6, stationed in Moscow, then made head of MI6’s Russian desk where he led the investigation into the poisoning of former spy Alexander Litvinenko. Steele left MI6 to co-found in 2009 his private firm Orbis Business Intelligence. There he organized the “dossier” about alleged links between Donald Trump and Russia, including sensational charges that Trump may have been exposed to blackmail. The dossier, commissioned by Fusion GPS in conjunction with an international law firm Perkins Coie and funded by the Democratic National Committee, was published by BuzzFeed on January 10,  2017.

In a surprising statement Steele now, on July 21. 2020, insists that publication of the dossier was unauthorized, that he never intended or foresaw a media organization would publish the dossier for the world at large to see. He says that the BuzzFeed action was “one of the most irresponsible journalistic acts ever.” It was not, he said, in the interests of Orbis or his intelligence network for any of his intelligence activity to be aired in the media or the public domain, especially in raw or unanalyzed form. If clients and sources are exposed to the world it would be professionally ruinous and morally repugnant. Whether Steele is hypocritical or not, the reality is that his dossier has played a considerable role in the toxic environment of U.S. Congressional inquiries into possible “collusion” between Donald Trump and Russian personnel.

Steele is being sued in UK High Court by a man named Aeksej Gubarev, boss of IT Webzilla infrastructure business who is demanding “very substantial damages” from Steele and claims he was defamed by the dossier that linked him to the hacking of the DNC before the 2016 presidential election. Gubarev, who lives in Cyrus, says he was never involved with the Russian security services or cyber-attacks on the Democratic campaign, and holds that his reputation is “in tatters.” In fact, BuzzFeed apologized for publishing his name, and removed it from its website.

No allegations made in the dossier have ever been proved, but Steele, arguing that his business depends on confidence of clients and sources, refused to name sources for his dossier. Yet, in spite of present day disavowals about his role or intentions Steele did attempt to disseminate the dossier by several meetings with Washington DC based journalists. At one point, Steele asked Strobe Talbott, then president of the Brookings Institution, who has been deputy secretary of state in the Clinton administration, how he wanted to handle the “package,” the dossier. It appears that David Kramer, ex state department and associate of Senator John McCain was the source for informing BuzzFeed and journalists including Carl Bernstein.

The issue of the Steele dossier is still highly controversial, legally and politically. On July 8, 2020 Justice Mark Warby in UK High Court ordered Steele to pay damages to two Alfa Bank partners for publishing inaccurate or misleading material in the dossier, including the charge that the Bank had funneled “illicit cash” to Vladimir Putin when he was deputy mayor of St. Petersburg in the 1990s.

Political differences about the contents and role of the dossier have existed for almost four years. The search continues for the truth not only of the dossier but also of the FBI’s investigation into the 2016 campaign. On July 17, 2020 declassified FBI documents appear to challenge the reliability of the dossier. In particular, attention is focused on its use in miscarriage of justice in officials seeking  FISA  warrants against Carter Page, an aide of President Trump. Nothing is conclusive so far. In the report by Robert Mueller it is stated that Russia interfered in 2016 in a “sweeping and systematic fashion,” but it did not establish any criminal conspiracy between Russia and the Trump campaign.

The Steele issue links the U.S. and UK. One example of this is that Steele approached the UK government national security official, Sir Charles Farr, at the Home Office, after Trump was elected president. He then informed Farr that he thought Trump would pose a serious risk to national security and this had implication for both the UK and the U.S. regarding sensitive intelligence especially in relation to Russia.

A minimum way to address threats to national security is to obtain transparency about foreign influence. The U.S. Foreign Agents Registration Act, originally of 1938 and since amended requires the registration and disclosure by an agent of a foreign country. The UK has a visa scheme allowed holders to turn them into UK passports, including the right to make legal contributions to political parties. The UK should go further and set up a similar foreign registration act to that of the U.S. and make it illegal to work for or aid, wittingly or unwittingly, de facto agents of another country suspected of being a threat to national security.

Both the U.S. and UK can expect electoral interference by Russia and should build resilience to it. It is not too late to shut the stable door. We need someone to watch over us.