The Situational Nature of Scorn and Stigma 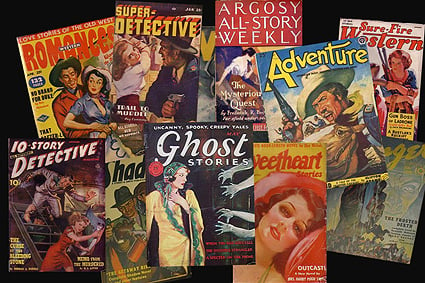 It is said that the first crime novel to sell half a million copies in the English-speaking world was The Mystery of a Hansom Cab by Fergus Hume. It outsold by far the first efforts in the genre by Conan Doyle who, however (or is it therefore?), had but little regard for it.

Its story is set in Melbourne, where it was first published in 1886. There it did quite well, and Hume then sold the rights to an Anglo-American publisher for £50. This was a commercial mistake on his part, for it went on to sell prodigiously on both sides of the Atlantic. Hume was not the first author, nor probably the last, to have made a fortune—for others. He wrote dozens of novels afterwards, but none with anything like the same success.

The Mystery of a Hansom Cab is interesting for what it tells us about early Australia, or at any rate early Melbourne. It is informative precisely because it is trying to entertain rather than to inform: for very few people try to inform without distortion, or without having an axe to grind, a point to make. We seldom give ourselves away more completely than when we are trying not to do so.

The Melbourne of the book was only half a century old. What struck me most about Hume’s depiction of it was how solidly founded it already seemed to be. Its institutions were strong. The law, for example, was as firmly established as in the then mother, now stepmother, country. The story could have been set in England, except for a landscape or two.

Many of the characters could have come out of Dickens, whom it seems to me likely, indeed, that Hume was consciously imitating. They had mostly been born in England, as had Hume himself, though in his case he had spent only the early years of his childhood in the old country. His knowledge of England was largely indirect.

The Melbourne he describes was certainly not classless. Indeed, the intrigue depends upon it not having been so, for it involves the scandal of an unacknowledged marital union between a man of the upper, and a woman of the lower, class, followed by a bigamous union on the part of the upper-class man. Each union results in a daughter, the legitimate offspring being abandoned to poverty, while the illegitimate was brought up in luxury as a lady. At the end of the story, in the course of which a murder is committed, the latter has to be protected from the terrible knowledge that she is illegitimate, which if it had become general, would have turned her into a social pariah.

Perhaps nothing divides us more profoundly from the Victorians than our attitude towards the illegitimate child (even the word illegitimate has almost disappeared from use in this context, as being unfairly stigmatising). That the sins of the parents should be visited upon children, by regarding those children themselves as tainted, seems morally monstrous to us, self-evidently cruel and unjust. We cannot even imagine—and I include myself—how anyone could be so morally primitive as to disdain a child merely because its parents were unmarried: and this is so however much we may believe in the virtues of marriage as an institution. The idea of fallen women also seems to us now to be horribly censorious, and hypocritical into the bargain: for no one ever spoke of fallen men, though they were essential to, the sine qua non of, the existence of fallen women.

I am still shocked by the recollection that, as late as the early 1990s, there were still a few women in psychiatric hospitals in Britain who were there principally because they had been admitted seventy years earlier after having given birth to an illegitimate child. No doubt they had quickly become institutionalised and could scarcely have coped with life outside; but to think of a long human life passed in this impoverished way (the wards for “chronics” had beds so close together that they allowed for no privacy whatever) as a kind of punishment for what is now no longer regarded even as an indiscretion, reminds one of La Rochefoucauld’s dictum that neither the sun nor death can be stared at for long. One cannot fix one’s mind on such a horrible injustice for long.

Of course, it was stigma like this that gave stigma itself a bad name—stigmatised so to speak, in fact, to such a degree or effect that the very name of stigma has a completely negative valency. No one has a good word to say for it, though whether there ever was, or could be, a society completely without it, I am unsure.

Anthropologists used to divide societies into shame and guilt categories. The former depended on people’s public face to keep them in order, the latter on people’s internal sense of right and wrong. No doubt no pure forms of either exist in reality, though in my darker moments I sometimes wonder whether we have succeeded in creating a new type of society, one in which neither shame nor guilt are very much in evidence.

But in fact there is almost a law of conservation of stigma that operates in human societies, such that if it does not attach to one thing, it will attach to another. No doubt there is more stigma in shame societies than in guilt societies, but even in the latter everyone, except perhaps the most psychopathic of psychopaths, is afraid of being shown up in some respect or another.

Stigma begins early in life and children are much guided or influenced in their conduct by the fear of it. A teacher told me the following story. A child of about seven or eight came crying to her one day because another child had called him names.

“He called me a virgin.”

“What is a virgin?” asked the teacher,

“I don’t know,” said the boy. “But I know it’s something horrible.”

Stigma is a kind of shorthand to indicate what we detest. Anyone who pretends that he never stigmatises is probably lying, or perhaps I should say not telling the truth, since not every untruth that emerges from the human mouth is a lie. There are people who can contradict themselves without disbelieving in the law of non-contradiction, and therefore people who can genuinely despise people who pass moral judgment on others.

What would living completely without stigma and stigmatisation mean? Surely that there was nothing that we or anyone else could do to make people think badly of us. One of the reasons—I don’t say the only one—that I don’t steal is that I don’t want to be stigmatised as a thief. One sin doesn’t define a person’s character, however, so that when we stigmatise we must be careful to be just and proportionate. If we called everyone a liar who had told a lie, then we should all be liars (quite apart from the fact that it is sometimes virtuous to tell a lie). We call a liar someone who habitually lies, so that untruthfulness is a central part of his character.

Stigma is one of those many things that is neither good nor bad in itself, and depends for its social beneficence or maleficence on what it attaches to and how strongly. In the company of rogues or scoundrels, one can be stigmatised for honesty. Many a cruel act has been performed to avoid the stigma of being too cowardly to be cruel.

Fergus Hume wants his readers to rejoice that his heroine escapes the stigma of illegitimacy, without suggesting that any stigma attached to somebody for illegitimate birth alone is wrong in itself. Like many a Victorian fictional heroine, Madge Frettleby (for such is her name) suffers at a crisis from something called brain fever that very nearly kills her.

I happened to read a book by Conan Doyle called Round the Red Lamp: Being Facts and Fancies of Medical Life, published in 1894, immediately after I finished reading The Mystery of a Hansom Cab. In a story called “A Medical Document”, Conan Doyle writes the following: “there is the mysterious malady called brain fever, which always attacks the heroine after a crisis, but which is unknown under that name to the textbooks”.

Too strong an interest in coincidence is the sign of a weak mind, and therefore I make nothing of this coincidence. I don’t want to be stigmatised as superstitious.