The Taliban Are Good Anthropologists 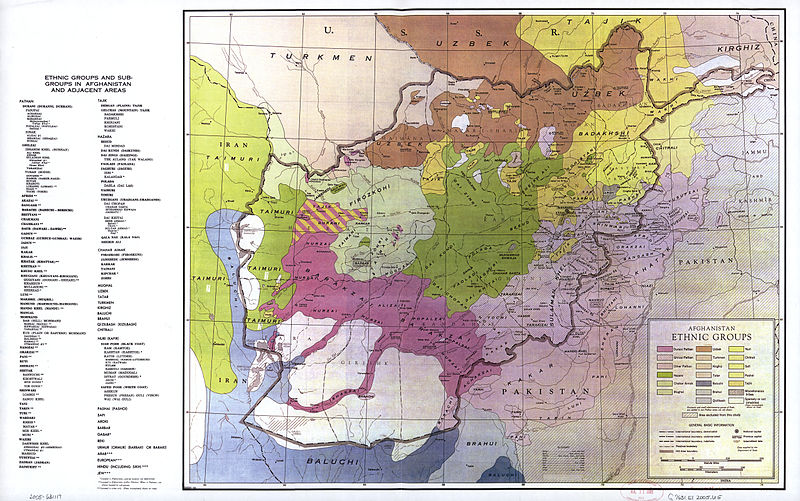 When politicians and journalists talk about Afghanistan, most of them do not know what it really is.  That is to say, they are distracted by the fact that it has had a flag, a territory, and a name, and until recently, its official representatives participated in a variety of international forums, such as the United Nations.

Until last week, it even had a (semi-) democratic, elected, but remarkably corrupt government, which as a governing class supervised an equally corrupt police, judiciary, and army.  All that is gone now.  Why?  Because the Taliban are better anthropologists than President Biden, the CIA, the American and NATO military, and their intelligence (or not very intelligent) branches, as well as all the leaders of Canada, Britain, and the European Union combined.

How did a bunch of semi-literate tribal leaders without B.A.s, M.A.s, and Ph.D.s outsmart the over-educated leaders and experts in the West?  That is to say “us”?  Here is a concise answer.

Afghanistan as an idea is a political entity only about one hundred eighty years old, with a complex political history that has included the total defeat and massacre of one of Queen Victoria’s armies from India in 1842, often written about as the “retreat from Kabul.”  But in reality, Afghanistan is simply a territory of mountains and deserts filled with competing Muslim tribes of different ethnicities, many of them nomadic or semi-nomadic. These include but are not limited to the Aimaq, Baloch, Hazara, Kyrgyz, Nuristani, Pashtun, Sadat, Tajik, Turkmen, and Uzbek. Most are Sunni Muslims, but many are Shia. The largest and most dominant ethnic group are the Pashtun, who speak an Indo-European language but have been Muslims for centuries.

The Pashtun are the main ethnic group that have been driving the Taliban, and demographically, they dominate the south and central parts of the country. They have always been in either cooperation or tension with the northern tribes and those same ethnic groups who share their ethnicity with bordering nations like Uzbekistan, Kyrgyzstan, and in the Pushtun case with Pakistan to the east.

The Pashtun themselves have a large part of their tribal cousins across the border in Pakistan, and the Pakistani intelligence services have been waging a covert war against the now former Afghan government by supporting the Taliban all the way to their final and recent victory, through these and other tribal networks, whose chiefs do not like the West or who can be bribed not to like us.

Former Canadian ambassador to Afghanistan Chris Alexander has recently been trying to point out this “proxy war” in his tweets, but the CBC and CNN, alas, have not been listening to him.  It must be because of his blue eyes!

In Afghanistan, every tribe has its leader or leaders, and they emerge through warrior charisma or traditional tribal processes of election and selection among various councils of elders.  Most are Sunni Muslims, but some, like the Hazara, are Shia.

Raiding, smuggling, feuds, and warfare have been honorable pastimes among all of Afghanistan’s tribes. This is a land of proud fighters who often do not mind dying for their honor. The tribes do not always cohere, and factions and feuds are common, allowing for a musical chairs game of shifting alliances, which sometimes makes things difficult for even the most hardened Afghan experts to track and explain.

When America invaded Afghanistan after 9/11, the Americans understood that the Pushtun in the south and center of the country were the dominant force behind the Taliban.  The U.S. therefore, wisely and successfully, concluded a fighting agreement with a “Northern Alliance” of tribes who are often but not always opposed to the Pashtun. These allies included the Persian (Dari)-speaking Tajiks (Sunni) under Burhanuddin Rabbani and Ahmad Shah Massoud; the Hazara (Shia), led by Muhamed Mohaqiq and Karim Khalili; the Sunni Uzbek and Turkmen under Abdul Rashi Dostam; the Shia Tajiks under Asif Mohseni; and some rebel Pashtuns (Sunni) under Haji Abdul Qadeer. With these allies, they defeated the largely Pashtun-based Taliban. Any good map of Afghanistan will show these tribal territories with a color coding for each group.

But then the Americans and their allies (including Canada) made a colossal error. They became Boy Scouts. They stayed!  They recommended that this congeries of semi-literate (but musically very talented) tribal, patriarchal, feuding warlords get together and constitute a modern liberal democracy with an enlightened constitution, a presidency, elections, an honest civil service, uncorrupted police, and a judiciary — and yes, folks, gender equality. No more burqas for all!

They (we) stayed for more than twenty years to construct this utopia while the Taliban were regrouping to defeat us because, simply put, they did not want Western or modern civilization, and they prefer to keep their women veiled.

The U.S. alone spent 978 billion dollars trying to nation-build in Afghanistan and lost 3,500 soldiers.  Twenty thousand U.S. soldiers and personnel have been wounded there.

During this democratic “nation-building” experiment in Afghanistan, the old tribal elites figured out how to dominate the country, and the marginalized northern ethnic groups were left out once again.  But this time, the Taliban had read a few textbooks for their Anthropology 100 courses.  They realized that the Americans had beaten them by creating a “northern alliance” of ethnically marginalized groups.  The Taliban, having gone to multi-cultural “sensitization classes” given freely by USAID, decided to make their jihad more “inclusive” and began to co-opt the northern tribes.

Remarkably, this was clearly reported by a gifted and insightful young journalist who had covered Afghanistan and the region for some time.  Six years ago, in 2016, Frud Behzan, who was working for Voice of America (no less), wrote an article about this and published it on the internet in Foreign Policy magazine.  This is what he wrote:

Disenfranchised communities of ethnic Tajiks, Turkmen, and Uzbeks are joining the Taliban in the country’s north, according to local elders and tribal leaders in the region. The new recruits have given the militant group the ability to seize territory in areas outside of its traditional power base in Pashtun-majority areas in the country’s south and east.

The Taliban’s new recruits have contributed to significant gains on the ground in the north, helping expand the group’s reach to levels not seen since the U.S.-led invasion in 2001. There are no official statistics available on the number of non-Pashtuns who have joined the Taliban in recent years. But the Taliban has made a clear shift towards recruiting from other ethnic groups, which have assumed positions in the Taliban leadership and key posts in the provinces.

And so now we should have a clear understanding of why the corrupt government and military of Afghanistan collapsed in a few days. The Taliban had learned their anthropology lesson from the U.S.  They brought in their former enemies. They became truly inclusive and multi-ethnic, even multicultural, Afghan style.

The entire political and military leadership of the West (including Joe and Justin) have failed Anthropology 100, but the Taliban, in my estimation, deserve a 100.  They have passed swimmingly.  Now they get to write the textbook.

First published in the American Thinker.