The Terrorist Hamas Has Not Changed Its Spots 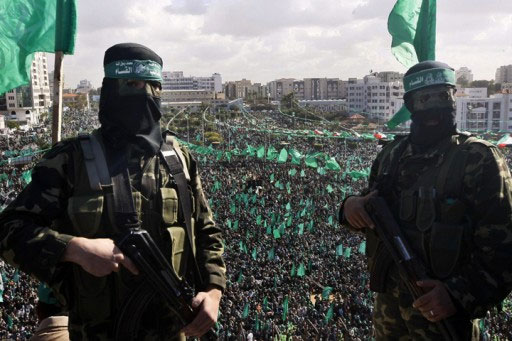 Life is full of puzzles and wishful thinking. As the great philosopher Chico Marx said in the film Duck Soup, “Who are you going to believe, me or your lying eyes.” For many years, countless people have reported sights of the non-existent Loch Ness Monster. Now, a new documentary film informs us that Venus is being used as a secret base by aliens or by NASA as an intergalactic outpost. Its structures of a rectangular kind suggest an intelligent presence. Not surprisingly, there has been a media blackout of this information and of the fact that Venus is a perfect location for secret bases. However, so far there is no knowledge of a signpost on Venus that indicates “this is the way to the secret base.”

On May 1, 2017 the world was confronted with a more mundane form of verisimilitude with the release in Doha, capital of Qatar, of the Document of General Principles and Policies, a revised and nuanced Charter of the Palestinian Hamas group. The new document attempts to be more palatable to Western opinion with its affirmation that the problem for Hamas is not Jews but “Zionists” and “occupiers.”

The naïve must wonder, is the terrorist Hamas seeking a peaceful path and even more does it herald a potential for a peace settlement? This document, according to Hamas leader Khaled Mashaal, demonstrates “our political vision.” The original Charter of 1988 represented the Hamas vision at the time: “this one represents the Hamas vision now.” A major part of that “vision” is that Hamas is not waging a struggle “against the Jews because they are Jewish but against Zionists who occupy Palestine.”

More likely the document is politically oriented. It is a direct appeal to Western audiences that are hostile but not violent towards Israel. It may also represent an indirect challenge to the authority of Palestinian Authority President Mahmoud Abbas who is due to visit the White House on May 3, 2017, in the present crisis of legitimacy, the bitter struggle among the factions of the PLO, the Palestine Liberation Organization.

Sixty-nine years after the State of Israel was established by a proclamation in Tel Aviv on the eve of Sabbath, May 14, 1948, the Palestinian Hamas organization implies it has dropped its call for the extermination of the State. It formally accepts the idea of a Palestinian state with Jerusalem as its capital in territories captured by Israel in the Six Day June 1967 war, and the return of refugees, as a starting point and as a “national consensus formula.” However, Hamas maintains its refusal to recognize Israel and still expects to take over all the territory now which is really Palestine, “from the river to the sea,” Consequently, it will not engage in direct negotiations with Israel, whose establishment Hamas says was entirely illegal.

It is useful to parse Mashaal’s explanation of the document, “Hamas advocated the liberation of all of Palestine but is ready to support the Palestinian state on 1967 borders without recognizing Israel or ceding any rights.” In essence his statement is a rejection or ignoring of the Oslo Accords. Resistance for the liberation of Palestine will remain a legitimate right, a duty, and an honor. Violence is not renounced. Armed resistance is the strategic choice for protecting the principles and rights of the Palestinian people. In reality, the 1988 Charter will not be dropped, but only receive additions.

Life moves fast among Palestinians. A month ago, the Hamas spokesperson Fawzi Barboum said “To the world, our message is that Hamas is not radical.” Yet it was only on March 28, 2017 that Mahmoud Al-Zahar, a member of the Hamas political bureau, wrote that, “our land is all of Palestine, including the land that is under occupation…establishing a state in the West Bank and Gaza is a tactical step that  does not harm the right of the Palestinians to all the land of Palestine.”

By contrast with its rival Hamas, the main Palestinian organization Fatah, of the PLO, appeared to be more moderate. The PLO, at the Oslo Accords of 1993 and 1995 which brought the Palestinian Authority into existence, did recognize the State of Israel, while Israel recognized the PLO as the representative of the Palestinian people. But though there is strong enmity between the two organizations, as the 82-year old Mahmoud Abbas, now in the 12th year of his 4-year term as President of the PA, has said, “there is no disagreement between Fatah and Hamas about belief, about policy, about resistance.”

Fatah as well as Hamas is dedicated in theory to armed resistance against Israel, but less militant, though its adherents have been responsible for attacks and suicide bombings in cities in Israel. Nevertheless, it is Hamas that evolved from the Muslim Brotherhood, and was founded in 1987, that calls for the destruction of Israel. After an intra Palestinian conflict with Fatah, and a victory in the Gaza Strip Hamas took control of the Strip in 2007 and has ruled it since then. From the Gaza Strip Hamas has been responsible for hundreds of attacks and introduced suicide bombings, and continuously fired rockets into Israel, and fought three wars. In 2014, Hamas fought a 50 day air and ground war with Israel; 2200 Palestinians were killed as were 70 Israeli soldiers and civilians.

Yet the more immediate struggle of Hamas is with its rival Fatah and its leader Abbas who wants Hamas to cede control of Gaza to the Palestinian Authority. To exercise some control, Abbas in April 2017 cut salaries to state employees, teachers, doctors and workers in Gaza, and said the PA would not continue to pay electricity supplied by Israeli plants to the Gaza Strip. Abbas has threatened to cut education and health care, but it is enlightening that he is not cutting the salaries of terrorist prisoners to be released or those still in Israeli prisons. This is a reminder that the PA has been paying salaries to terrorists.

In the intra-Palestinian struggle it is evident that Hamas leader Mashaal has wanted Hamas to appear more moderate, not only for world opinion, but also in the effort to replace Abbas and Fatah in control of the PA and the Palestinian organization. Yet the militancy and extremism of Hamas is evident. It is still insisting on the Palestinian right of return, the digging of tunnels to attack Israel, the launching of missiles, and its school curriculum in which children have text books hating Israel.

Hamas has fought 3 wars with Israel since 2008. It is time for peace. It must renounce its policy as stated by Hamas foreign minister, Mahmoud al-Zahar, that Palestine in its entirety is Islamic waqf land which cannot be relinquished, and that there is no compromise.

Compromise has not been helped by the  international community which disgraced itself when UNESCO on May 2, 2017 passed a resolution called “Occupied Palestine,” by a vote of 22-10 with 26 abstentions. It voted to condemn Israel’s sovereignty in Jerusalem and called on Israel to rescind any legislative and administrative measures and actions to alter the character and status of Jerusalem. The only gratifying feature is that the U.S. was one of the countries voting no, while France abstained.

It is encouraging that the new Hamas document omits references to its religious roots in the Muslim Brotherhood, now disliked and feared in a number Arab countries, especially Egypt. No genuine effort at peace between Israel and the Palestinians should be neglected, but the amended Hamas Charter is not one of them. No attempt to claim moderation can explain the insistence on armed struggle, viewed as a “legitimate right guaranteed by divine laws, customs and international laws.” Nor is it a helpful sign that an extremist terrorist, Yehya al-Sinwar has been appointed leader of Hamas in Gaza. Hamas has not yet changed and is not a partner for peace.