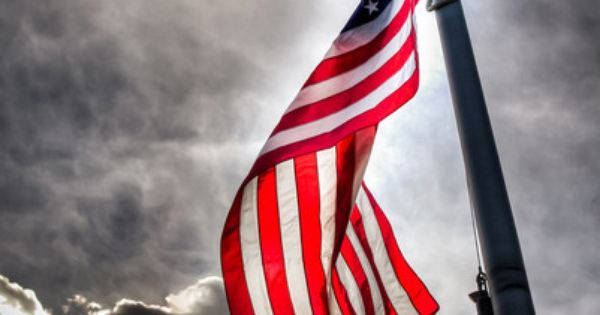 On matters of foreign policy, Americans are divided into two hidden camps. Not Republicans versus Democrats, nor liberals versus conservatives, nor rival schools of foreign policy you read about in college courses. The divide is primarily religious in nature—or perhaps “theological” is the better word, for what matters in foreign policy, as in so many other aspects of American politics, are the religious divisions among Protestants.

The most important is the divide between Protestant modernists and fundamentalists, which developed in the early part of the twentieth century. It is my contention that the modernist-fundamentalist controversy did not come and go in the course of the twentieth century. It was an earthquake along a tectonic fault that continues to divide our world today.

From its inception until the election of John F. Kennedy, the elite of the United States was Protestant to its core. Since 1960, however, this country has remade itself. Non-Protestant and non-Christian immigrants have flooded in, leaving Protestants a smaller percentage of the population today than ever before. A Protestant identity is no longer a requirement for admission to the elite. At the same time, a great secularization has swept the culture, such that now it makes sense to talk of a “post-Christian” America. Still, the tectonic divide remains.

Where does the fault line run? It is difficult to detect with precision. Let’s begin by considering the Scopes trial of 1925—the moment when the intra-Protestant chasm opened up in a dramatic way.

Authorities charged John Scopes, a substitute teacher in Dayton, Tennessee, with violating the law by teaching Darwinian evolution instead of the divine creation of man. The trial was a national event, broadcast live on radio. Clarence Darrow defended Scopes. William Jennings Bryan led the prosecution. Bryan, who had grown up in Illinois, was a leading figure in the Democratic party for decades, and a great populist. For several years he had crusaded against the teaching of evolution. If any one man was responsible for setting fundamentalists against modernists, it was Bryan.

The opposition to him was searing. H. L. Mencken was the harshest critic, not just of Bryan but also of his followers. American farmers, he wrote, dreamed of a bucolic utopia that would bring about the downfall of modern civilization. “They dream it,” Mencken wrote, “behind the egg-stove on winter nights, their boots off and their socks scorching, Holy Writ in their hands.” He continued:

This is the first of your three free articles for the month.

They dream it as they commune with Bos taurus, Sus scrofa, Mephitis mephitis, the Methodist pastor, the Ford agent. It floats before their eyes as they scan the Sears-Roebuck catalogue for horse liniment, porous plasters and Bordeaux mixture. . . . This Utopia haunts and tortures them; they long to make it real. They have tried prayer, and it has failed; now they turn to the secular arm. The dung-fork glitters in the sun as the host prepares to march.

For Mencken, Bryan was leading the peasants with pitchforks in a holy war, “a jehad against what remains of American intelligence, already beleaguered in a few walled towns.”

Bryan died the same month of the Scopes trial. “Never speak ill of the dead,” the sages advise us. Mencken ignored their counsel. His obituary of Bryan summed up the great populist’s career in this way: “Bryan was a vulgar and common man, a cad undiluted. He was ignorant, bigoted, self-seeking, blatant and dishonest.” In prosecuting Scopes, Mencken continued, Bryan had revealed himself to be “a peasant come home to the dung-pile. Imagine a gentleman, and you have imagined everything that he was not.”

Clearly, the Scopes trial was about more than the teaching of evolution. The conflict pitted Eastern urban elites against rural populations in the Midwest. At stake for Bryan was the future of popular democracy. “A religion that didn’t appeal to any but college graduates,” he wrote in 1922, “would be over the head or under the feet of 99 percent of our people. The God I worship is the God of the ignorant as well as the God of the learned man.” The Scopes trial was an opportunity for Bryan not only to champion the wisdom of the common people but also to denounce the role of experts in government. Scientists, Bryan claimed, were attempting “to set up an oligarchy in free America, the most tyrannical that has been attempted in history.”

Bryan’s “jehad,” then, was against the Progressive vision of a managerial elite that overrides the will of the people. This is how one observer, at least, understood it. This man lamented how Bryan’s name had become synonymous with opposition to evolution, because that fight detracted from Bryan’s larger mission. Bryan was “one of the most misunderstood and underestimated men in American history,” former president Harry S. Truman wrote in a posthumously published memoir. “He was in a class by himself from about 1896 on, the man who was in the forefront for the welfare of the common, everyday fellow who didn’t have any real representation of any other kind.”

Bryan was a model and inspiration for Truman, who saw Bryan’s populism as an outgrowth of the finest American political tradition. One of my tasks is to put a name to this tradition. Like Truman, I find the label “fundamentalist” inadequate. The tradition to which Bryan attached himself long predated the rise of the fundamentalist movement. Though this tradition has roots in religion, it also has a face that is secular and political.

For help in seeing its multifaceted character, let’s turn to Herman Melville. Though his finest work, Moby-Dick, appeared some seventy-five years before Bryan began his campaign against evolution, it celebrates popular democracy in similar terms. Ishmael, the narrator, sings the nobility of mankind:

Men may seem detestable as joint stock-companies and nations; knaves, fools, and murderers there may be; men may have mean and meagre faces; but man, in the ideal, is so noble and so sparkling, such a grand and glowing creature, that over any ignominious blemish in him all his fellows should run to throw their costliest robes.

God made man in his image, and that fact gives even the lowliest of humans a great dignity. The narrator continues:

But this august dignity I treat of, is not the dignity of kings and robes, but that abounding dignity which has no robed investiture. Thou shalt see it shining in the arm that wields a pick or drives a spike; that democratic dignity which, on all hands, radiates without end from God; Himself! The great God absolute! The center and circumference of all democracy! His omnipresence, our divine equality!

Popular democracy has a divine halo around it; the will of the people is sacred. Ishmael turns to God and asks him to affirm the narrator’s attribution of quasi-divine qualities to lowly whalers:

If, then, to meanest mariners, and renegades and castaways, I shall hereafter ascribe high qualities . . . then against all mortal critics bear me out in it, thou Just Spirit of Equality, which hast spread one royal mantle of humanity over all my kind! Bear me out in it, thou great democratic God!

Ishmael’s God is a populist. Like William Jennings Bryan, the Almighty does not approve of a religion that appeals only to college graduates. Melville concludes by citing the earthly progenitor of the political and religious tradition Bryan represents. Still beseeching God to affirm his populism, Ishmael says:

Thou who didst pick up Andrew Jackson from the pebbles; who didst hurl him upon a war-horse; who didst thunder him higher than a throne! Thou who, in all Thy mighty, earthly marchings, ever cullest Thy selectest champions from the kingly commons; bear me out in it, O God!

According to Moby-Dick’s narrator, when a man as great as Andrew Jackson arises from the common people, we are witnessing the hand of the Lord in human affairs—and we see the role of popular democracy, which sets the stage for divine intervention.

When Bryan railed against the oligarchy of scientists, he was following self-consciously in the footsteps of Andrew Jackson, who fought against a “monopoly” of government by elites—and who won everlasting glory in that fight by destroying the Second Bank of the United States. Jacksonian democracy enjoins the popularly elected president to use the power of the presidency to protect, as Truman put it, “the common, everyday fellow” from unaccountable and unrepresentative concentrations of political and economic power. Jacksonian democracy places trust in the wisdom of the common man, which it favors over rule by experts.

During the Jacksonian era, this preference—and many related sentiments—dominated American politics. To denote this temper, the historian Marvin Meyers coined the term “Jacksonian persuasion.” Meyers defines a persuasion as a

set of attitudes, beliefs, projected actions: a half-formulated moral perspective involving emotional commitment. The community shares many values; at a given social moment some of these acquire a compelling importance. The political expression given to such values forms a persuasion.

Seen in this light, the Scopes trial takes on a new significance. It was certainly a fundamentalist outburst against Darwinism and, more broadly, against the Protestant modernism and secularism that were sweeping the urban elite. But it was also something more: a revolt of Jacksonian populism against centralized power. If we approach the Scopes trial as a Jacksonian eruption, it appears part of a much longer and more consequential dynamic. My goal is to tease out the implications for American foreign policy of the competition between the Jacksonian persuasion and its rival, to which I will attach a name in a moment.

Jackson believed that Americans were a chosen people in a promised land—chosen by God for a mission to the whole human race. He described that mission in his farewell address in 1837:

Providence has showered on this favored land blessings without number, and has chosen you [fellow citizens] as the guardians of freedom, to preserve it for the benefit of the human race. May [the Almighty] who holds in His hands the destinies of nations make you worthy of the favors He has bestowed, and enable you, with pure hearts and pure hands and sleepless vigilance, to guard and defend to the end of all time the great and mighty charge which He has committed to your keeping.

In Jackson’s view, God intervenes directly in the affairs of men, and the American people influence history by honoring the covenant between God and our democracy. Jackson envisions the United States lasting until the end of days. Our mission is to guard and defend our freedom.

This is surprisingly restrained, coming from a man renowned for his lack of restraint. From boyhood, Jackson spent much of his life in military campaigns. For most of adulthood, he carried a bullet in his lungs from a duel he had impetuously initiated. Yet he imagines an America that is rather aloof, a shining city on a hill, not the headquarters of a global democratic revolution. Judgment Day is coming, he implies, but America will be judged on its success in keeping the torch of freedom alight, rather than in spreading the fire around the globe.

PrevWestern democracies are ready for some fresh ideas; here are a few
A French poet’s tribute to the Jewish woman murdered by a MuslimNext